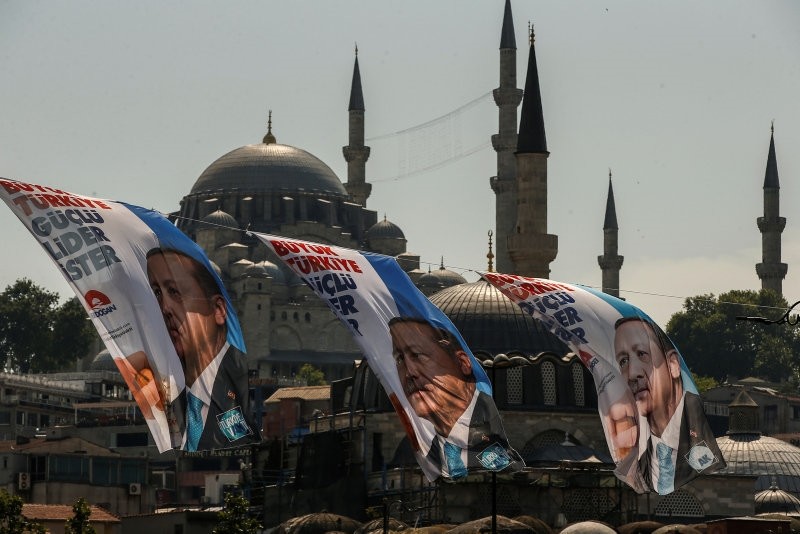 Politics are much more significant in Turkey than Europe. In Turkey, drastic political changes come after a change of government; thus, both general and local elections have always been more influential in Turkey than they have been in European countries. When we compare the governments preceding the military intervention of Sept. 12, 1980, with the succeeding governments led by President Turgut Özal or the governments established before the military memorandum of Feb. 28, 1997, with the Justice and Development Party (AK Party) governments, it is easier to see why elections have always been of capital importance in Turkey.

For the most part political parties have been strong institutions in Turkish politics, while citizens have participated in politics and vocalized their demands predominantly through the means of political parties. Turkish voters constitute a single-minded and politically conscious electorate; therefore, their sophisticated voting behavior needs to be studied conscientiously both by political scientists and research institutes.

Since the launch of the multiparty electoral system in 1950, Turkish voters have gone to the polls with the intention of giving subtle political messages. By carefully evaluating the given political, economic and cultural conjecture, including military tutelage and international dynamics, Turkish citizens have succeeded in directing political parties toward their own demands, and thus, in shaping Turkey's future.

When the Democrat Party (DP) was founded in 1946, the ruling Republican People's Party (CHP) was overconfident after an unrivaled rule of almost 25 years. As its founders came from the ruling political party, they saw the DP only as a second CHP. Yet, the DP rapidly surpassed the CHP and ruled the country for a decade thanks to massive support from the Turkish electorate. In a similar vein, the first democratic elections held after the military intervention of 1980 concluded with the triumph of Turgut Özal, the only civilian politician among the candidates.

In the last few years, a paradigmatic shift has been occurring in electoral behavior. Due to its rapidly rising population, Turkey had long been wrestling with insufficient infrastructure and social services. Therefore, Turkish political parties earned bad reputations for making empty promises before elections and then not keeping them after they came to power. This pattern became a vicious cycle due to bureaucratic tutelage in Ankara.

When the AK Party came to power, mobilization for public services surfaced at the national level. The growth of the economy has concluded with an unprecedented increase in social services, Turkey's main infrastructure problems have largely been resolved and immense economic investments in local governance have concluded with the resolution of major urban issues.

The paradigmatic change in electoral behavior has been occurring in such a social context. As Turkey's infrastructural problems have mainly been resolved, the Turkish electorate has lost a lot of its interest in electoral campaigns that focus on the rise of social services. They also pay less attention to world-renowned infrastructure projects, such as Marmaray and Istanbul Airport.

In the present elections, voters seem to be focusing on individual demands. Economic incentives in the business sector, educational support, the struggle against unemployment and poverty, amelioration of the urban economy and the future of family life have become much more crucial. I believe political parties have yet to recognize the vital paradigmatic shift in Turkish electoral behavior. It cannot be a coincidence that some of the CHP's municipalities ensure the support of their electorate not through increasing and improving social services but by managing the sociology in their districts. It is crucial for political parties to address the new demands of the Turkish electorate.

In short, individual demands have come to the fore in Turkish elections since Turkey's main infrastructural problems have been addressed. Now, the constituency reflects an electoral profile that prioritizes close-to-home issues.