On the 18th anniversary of the Justice and Development Party 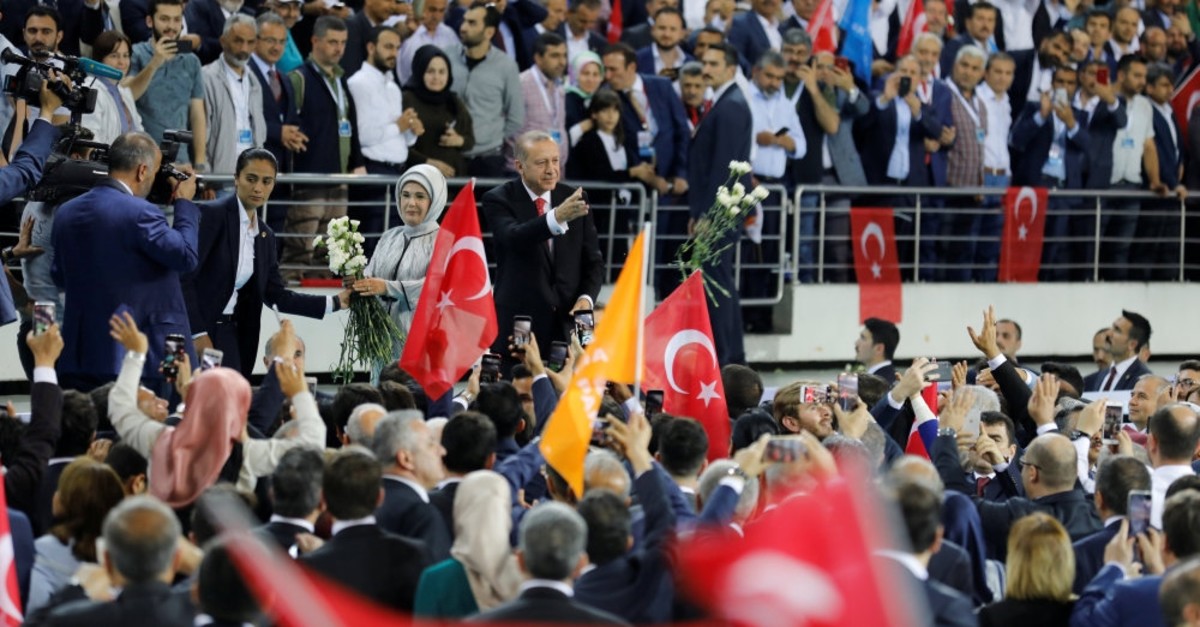 Chairman of AK Party, President Recep Tayyip Erdou011fan, with his wife first lady Emine Erdou011fan, greet supporters as they arrive at a meeting to announce his ruling partyu2019s manifesto for the election, Ankara, May 24, 2018.
by Ihsan Aktaş Aug 17, 2019 12:41 am

Adopting a multidimensional foreign policy and playing significant mediating roles in regional crises, the AK Party has elevated Turkey's status to a respected regional player in the international arena

The Republic of Turkey is a young state. It is the first state that was established after World War I. As opposed to the Kemalist historiography, we did not break the bond between the Ottoman Empire and the Turkish Republic. We are aware of the fact the modern history of our nation derives from its imperial past. Despite its deep-rooted historical heritage, modern Turkey is nonetheless a young republic. For instance, the lifetime of the Republican People's Party (CHP) is equal to that of the Republic.

In this respect, the Justice and Development Party's (AK Party) 18-year political power corresponds to a relatively long period in the Republic's history. Coming to power one year after its foundation, the AK Party has rapidly become the dominant political party in the country. I believe that the political existence of the AK Party will continue for many years thanks to its dynamic cadres and leadership. If the AK Party would one day delegate governmental responsibility to another political party, its political heritage will certainly be evaluated as an indispensable and inalienable part of Turkish political heritage. When it came to power in 2002, the AK Party came face to face with a series of existential problems.

On one hand, the international balance of power that emerged after the end of the Cold War was being restructured according to the dynamics of the "new world order."

Although all the major players in the international arena had to reevaluate their foreign policy attitudes in the newly emerging post-Cold War balance of power, Turkey's position as the easternmost member of NATO was much more complex than those of the European countries.

On the other hand, Turkish democracy had been passing through an interregnum when a deep-rooted military tutelage system was hanging over Turkish democracy like the Sword of Damocles. When the AK Party came to power, Turkey had been wrestling with the following problems: the vitality of military tutelage and the ever-existent threat of coups d'état against the civilian governments, the threat of bureaucratic tutelage, economic crises and stagnation, a huge lack of fundamental investments in infrastructural fields, inefficiencies in health and educational services, shortcomings in urban management, a serious incapacity in energy supply and management, and inabilities in foreign policy, which were restraining Turkey's aspiration to be a regional power.

During the Cold War, the member countries of NATO organized their armies to prevent a prospective Russian invasion. Therefore, the United States could have used these armies as a mechanism to control its allies.

When Turkey's vital position in the North Atlantic alliance was combined with the historical identity of the Turkish army as the founder of the republic, the military front began to reinterpret their historical role not only as the guardians of the country but also the shapers of Turkey's future. The Turkish army had become the true owners of political power, while civilian political leaders only had the power of appointment in bureaucratic cadres, which was being abused by political patronage and corruption.

When the AK Party came to power, it launched a gradual struggle against such a strong tradition of militarism. As the civilian government became stronger, military tutelage spontaneously weakened. The resistance against the ongoing process of de-militarization could have emerged from the Ergenekon front of the Turkish army.

Yet, the Gülenist Terror Group (FETÖ), which aimed at taking over the military tutelage from the Kemalist cadres, conducted a series of attempts to overthrow the AK Party government. Thanks to open public support, the AK Party defeated not only the bureaucratic but also the military coups d'état of FETÖ.

Apart from the demilitarization of Turkish politics, one of the major problems in Turkey was the ideological stance of the bureaucratic structure. Concentrating on a policy of service, the AK Party resolved the main infrastructural problems of the country in the fields of transportation, health, education, energy, agriculture and urban management.

Nonetheless, one of the most invaluable achievements of the AK Party's political power occurred in foreign policy. By adopting a proactive foreign policy, Turkey has become a regional power. Although it is the successor of the Ottoman Empire, Turkey had been treated during the Cold War as a subordinate power in NATO. When the Cold War ended, the international balance of power underwent a dramatic transformation. Benefiting from its newly emerging capacity for maneuverability, adopting a multidimensional and multilateral foreign policy, and playing significant mediating roles in regional crises, the AK Party has elevated Turkey's status to a respected regional player in the international arena. Today, Turkey enjoys its respected status on the world's political agenda. I believe that the heritage of the AK Party's political power will continue to be discussed in Turkey and abroad through the new reformations that it will realize in the upcoming period.