Erdoğan determined to make an impact in Cologne 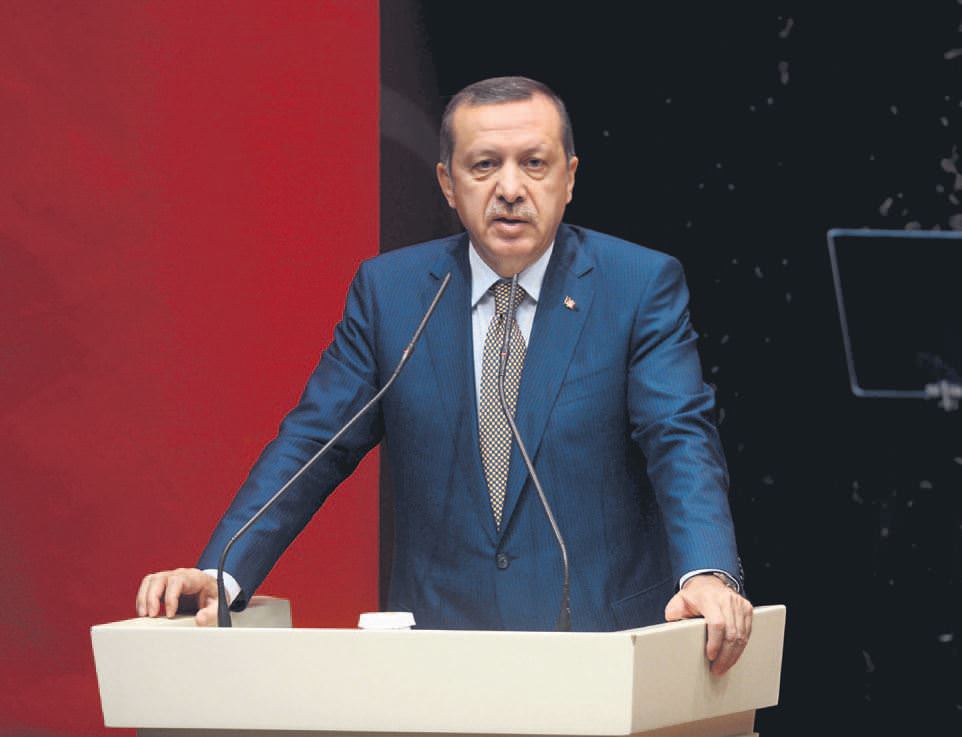 by İlnur Çevik May 24, 2014 12:00 am
There is wide opposition to Prime Minister Recep Tayyip Erdoğan's visit to Cologne today from across the political spectrum in Germany following his response to last week's coal mine blast in which 301 miners perished.

The Germans are up in arms on what they claim was the failure of the Erdoğan government to handle the mine disaster properly.

Erdoğan in return is traveling to Germany to address a rally of German Turks in Cologne where he will be commemorating the victims of the Soma mine disaster. Erdoğan is extremely popular among Turks in Germany, especially in the Cologne area, and aims to flex his political muscle to display his popularity which is only normal when one and a half million Turks in Germany will be voting in the upcoming presidential elections in which Erdoğan will probably be a candidate.

Erdoğan's last visit to Cologne in 2008 also caused a political storm in Germany when he strongly opposedthe assimilation of the Turkish people into the German society which he defined as a person being "forced" to give up their culture as a "crime against humanity." He has supported the integration of Turks into German society.

The German media has gone to extremes to declare Erdoğan unwanted with Der Spiegel heading the opposition with a headline "Go to Hell…" What is interesting is that the enmity displayed in the German media and among some political circles goes well beyond an attempt to stall Erdoğan's visit and borders on an admittance of growing feelings of xenophobia and Islamophobia in Germany. This time it manifested itself in the form of opposition to Erdoğan's visit and in the past it surfaced in acts of violence against Turks which have either gone unpunished or have been underplayed.

The German President Joachim Gauck was quite outspoken for a guest who was highly critical of the government in Turkey during his visit to Ankara late April. At that time there was no Soma yet and he was still highly critical. So it seems in the unconscious minds of Germans there is strong opposition to Turks and Turkey and this manifests itself from time to time in various forms.

Of course we agree that friends have to talk in earnest but this can be done in style without hurting each other. German Chancellor Angela Merkel has told the German press she believes when Erdoğan visits Cologne he will display responsibility and sensitivity. The prime minister of Turkey, whoever he may be, will always display responsibility and sensitivity when he addresses crowds at home and abroad.

We are not here to condemn anyone or create a rift between nations. All we are doing is diagnosing the problem and then offering remedies.

Erdoğan cannot change his mind or be deterred by anyone to abandon his trip to Germany. He has to go there and show the flag or else in the future his adversaries will use these tactics to block his trips and addresses around the world. This is unacceptable.

Yes, Erdoğan does have problems at home which he has to address like the gross mistakes committed that led to the Soma disaster. Yes, Erdoğan does have to face realities regarding graft allegations and has to do serious cleaning within his structure. Erdoğan has to face serious problems regarding human rights and freedom of expression. But it seems people tend to forget that Erdoğan has been sailing through rough waters in Turkey facing all kinds of military and civilian coups in the past 12 years. Let no one make any mistake that it is also Erdoğan's own efforts that have changed the face of Turkey and transformed it into a modern country where Islam is blended with progress and democracy.
Last Update: May 24, 2014 2:15 am
RELATED TOPICS