How did the PKK acquire German weapons? 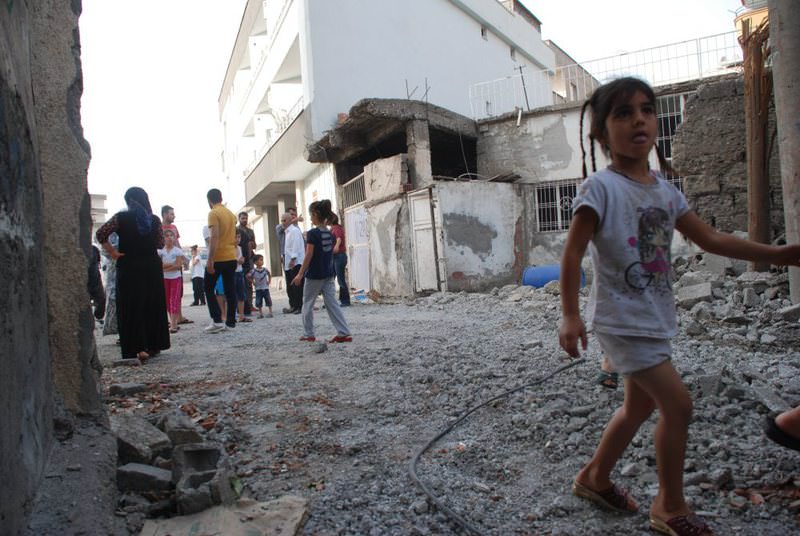 PKK terrorists targeting civilians have been continuing to harass the people in the Cizre district of southeastern u015eu0131rnak province through ongoing terrorist attacks for the last three months.
by İlnur Çevik
Sep 15, 2015 12:00 am

The arms used against Turkish soldiers in the latest PKK terrorist attack in Dağlıca turned out to be German-made. Now, the German government needs to explain how the PKK acquired and learned to use the weapons

In recent weeks we have seen a shocking development that has raised serious questions about the relations between Turkey and Germany. We also started to question whether the so-called "freedom loving" and "honest" members of the German press as well as the German politicians, who claim to be champions of great human values, are really sincere.

The arms used against the Turkish soldiers in the Dağlıca attack in the southeastern border province of Hakkari turned out to be German-made. They included deadly Milan anti-tank missiles, fuses and other weapons that were also displayed in the pages of Der Spiegel magazine.

How and where the PKK acquired these weapons should be a major issue for the German press and German politicians. Yet, we see a peculiar kind of violence that is hard to comprehend.

We are told by security sources that the arms recovered from PKK militants, who have resumed their terrorist activities in Turkey killing scores of policemen and soldiers as well as doctors, nurses and teachers, have been obtained through northern Iraq. They are apparently arms given to the peshmerga forces of the Kurdistan Regional Government (KRG) in northern Iraq by Germany to support the Kurds against the forces of the Islamic State of Iraq and al-Sham (ISIS). The Germans also trained the peshmerga forces on how to use these weapons.

Now someone in Irbil and Berlin has to explain to Ankara how these weapons found their way to the PKK and how PKK militants learned how to use them. If Irbil says all the weapons given to them are accounted for, then Berlin has to explain how the PKK obtained these weapons. If Irbil says its weapons are missing then we have to tell our NATO partners they should not be supplying arms to anyone if they cannot control their fate.

Both the people and Irbil have to realize that irrespective of the level of their responsibility the blood of the people being killed are on their hands.

It is rather sad and awkward that the German press has not demanded an explanation for all this. Our German colleagues, who are so particular about wrongdoings and irregularities, seem reluctant to raise questions and demand an explanation from their government. It is sad that this is the same press that does not hesitate in criticizing Ankara for alleged civil rights abuses and curbs on freedoms. They are the same press that strongly criticizes Turkish politicians but hardly says anything when German arms are used to kill people in Turkey.

It is also awkward that German politicians who would never hesitate to create hell on issues regarding Turkey are silent as it has become apparent that German arms have fallen into the hands of the PKK. As Germany has declared the PKK a terrorist organization, just like other EU countries, German politicians should be up in arms that the PKK has acquired German arms.

Germans had the habit of declaring arms embargoes against Turkey for the use of their arms against PKK secessionist terrorists. So we would normally expect Germany to swiftly investigate the fact that the PKK uses their arms and put an end to this scandal. But instead we see inactivity, insensitivity and silence. What a great shame for Chancellor Angela Merkel and her administration.
Last Update: Sep 15, 2015 2:12 am