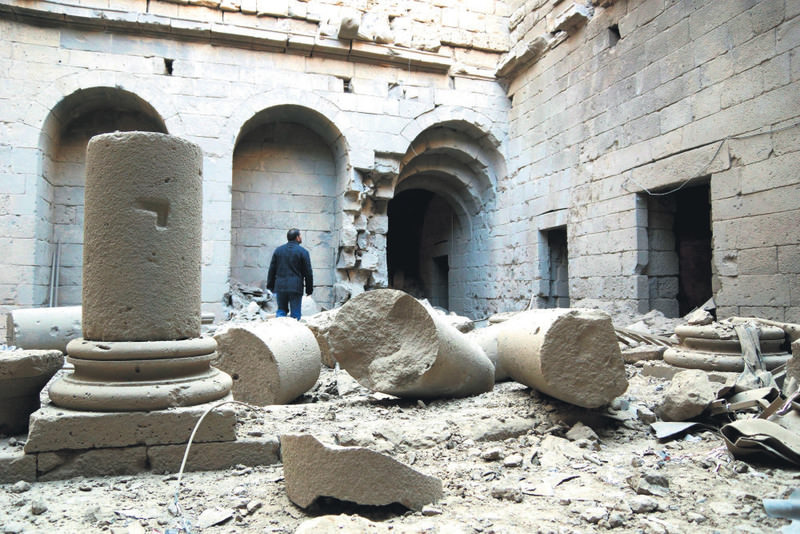 Lavrov inviting Demirtaş to Moscow at this specific time shows that the path of Russia, which currently sees Turkey's fos as its friends, is now crossing with the PKK and its political wing, the HDP

Russia is using every possible way to hurt Turkey and Turkish interests. The latest example is the Russian move to play the PKK card against Turkey and, unfortunately, Selahattin Demirtaş, a co-chair of the Kurdish nationalist Peoples' Democratic Party (HDP), is allowing himself to be exploited in this manner.

Demirtaş knows well that the Russians are full of enmity and feelings of vengeance as they try to use every available munition to hurt Turkey. Yet, as the leader of a party that is represented in Parliament and as a parliamentarian himself, he should have acted with much more responsibility and maturity to not be a part of Moscow's revenge campaign.

If Demirtaş is so naive to think that at this specific time and under these sensitive circumstances he was invited to Moscow and allowed to meet Russian Foreign Minister Sergey Lavrov just because of the deep affection Moscow feels for the Kurds of Turkey, then he is dead wrong. Yet Demirtaş knows well why he is in Moscow and what is expected of him. So he told Lavrov it was the "wrong decision" for Turkey to down the Russian jet fighter that entered Turkish airspace near the Syrian border. Then, to appease the Turkish public he mumbled a few words that the tensions between Turkey and Russia should be eased. Yet as one of the bosses of a party that speaks against imperialism, he never thought of asking Lavrov what a Russian jet fighter was doing in the heart of the Middle East so far away from home. The game is different, as the Russians see Demirtaş as a natural extension of the PKK and want to hurt Turkey even more through him.

There are claims that Demirtaş is in Moscow as part of a Russian and PKK game to force Turkey to accept Kurdish sovereignty in northern Syria.

It is now no secret that the Russians are actively helping the Syrian Kurds close to the PKK by giving them arms to move into northwestern Syria with the pretense of fighting DAESH militants. Ankara has said it will not allow the PKK-affiliated Democratic Union Party (PYD) to gain control of the region and become a neighbor to Turkey. The Russian plane that was downed was actually bombing forces of the Free Syrian Army opposed to Syrian President Bashar Assad's regime and not DAESH. They want to clear the area for the PKK affiliated Syrian Kurds and handover the region to them on a golden plate.

Ankara, on the other hand, has said its red line is the Euphrates River and if the Syrian Kurdish militants move west of this line with or without any outside support, Turkey will launch a military operation to halt it. So the Russians and the PKK are cooking up a plan to increase terrorist activities in Turkish towns and cities as terrorists dig up trenches and try to create autonomous zones, thus destabilizing southeastern Turkey. The idea then is to tell Turkey that it either accept PKK Kurdish presence in northern Syria or face the prospects of more instability in southeastern Turkey. If this claim is true, then Demirtaş is not only making a grand mistake, he is also involved in a massive act of treason. Is he aware of this? Moscow, on the other hand, is not just trying to hurt Turkey, but is actively supporting PKK secession in Turkey. So should we respond by supporting all kinds of secession movements in the fragile and volatile regions of the Russian Federation starting with the Caucasus?
Last Update: Dec 25, 2015 1:28 am
RELATED TOPICS