Will banning the HDP do the trick? 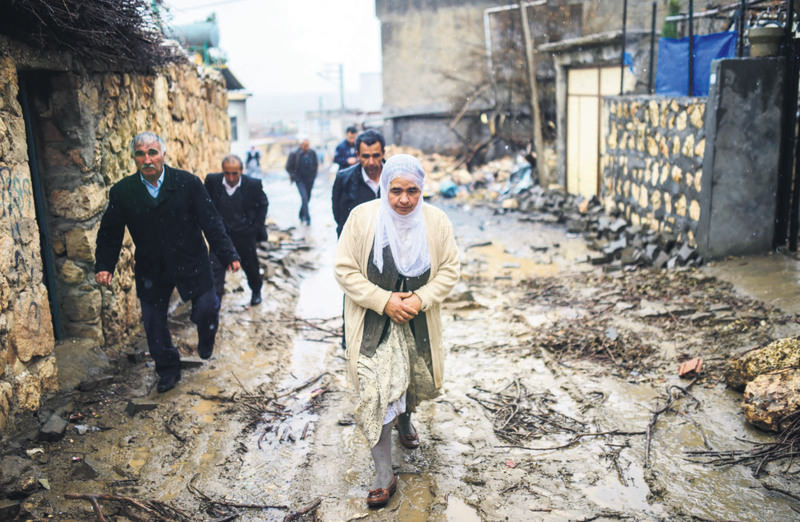 People return to their homes after the clashes between the security forces and PKK militants in the Dargeu00e7it district of Mardin province in southeastern Turkey.
by İlnur Çevik Jan 01, 2016 12:00 am

There are some people who are very eager to see the Kurdish nationalist Peoples' Democracy Party (HDP) banned. There is growing anger among the Turkish public that such a party has no place in the political sphere. They may well be justified.

The HDP fooled everyone, with the exception of this columnist, who always approached the party and its leadership with questions.

In the 2013 presidential election, HDP Co-Chair Selahattin Demirtaş was portrayed as a viable presidential candidate who entertained social democratic views and defended supreme values. He was supported by several people from the center-left Republican People's Party (CHP) who would have normally voted for a social democrat. The so-called liberal press, led by mass circulation newspaper Hürriyet and affiliated TV stations, tried to build up a nice guy image for Demirtaş and promoted him as one of the promising leaders of the future.They created the image that Demirtaş was a man of the people of Turkey. At the time, Demirtaş must have been really laughing hard seeing as he was fooling Turkey's so-called idealist liberal intellectuals in such a way.

The HDP later used the same tactics and the Kurdish nationalist party enlisted the support of some of Turkey's democrats and garnered 13 percent of the vote and 80 seats in Parliament on the June 7 elections. This emboldened the HDP to become even more arrogant. Meanwhile, the CHP also gave its backing to the HDP, which was a colossal mistake.

At the end of the day, the HDP started showing its true face as a Kurdish nationalist party with a secession identity trying to further the cause of the PKK terrorist organization to divide Turkey. The HDP urged people to take to the streets, challenge the Turkish state, as the Justice and Development Party (AK Party) failed to win a majority on June 7. The HDP mistook the AK Party defeat as a permanent loss feeling that as such the government would be weak and the situation should be exploited. The party did exploit the situation to its benefit, trying to promote the creation of cantons and so-called autonomous administrations in southeastern provinces, sowing the seeds of secession.

However, it never bargained for the outcome of the Nov. 1 elections when history was written by the Turkish people who gave the AK Party a landslide victory. Demirtaş and his colleagues were caught off guard. They felt the AK Party was dead and gone and they would carve out half of Turkey. But the AK Party won and the plot was foiled.

Demirtaş revealed his true face. He went off to visit the United States and Russia to enlist support for his secessionist cause. He made statements supporting secession in Turkey.

So people in Turkey have started questioning why a party like the HDP, which does not want to be a part of the country, is a part of the parliamentary process.

Turkey gave the Kurdish political movement a chance to participate in its democratic process, but instead it exploited it for its secessionist cause. However, this does not mean we have to ban the HDP. Such parties have been banned in Turkey in the past, and this has been counterproductive. There are many sensible people in the HDP who are watching the secessionist behavior of their colleagues and Demirtaş and with great shock and are bound to oppose all this. Let the electorate punish the HDP and let the party tear itself apart.