Municipalities run by HDP serve the PKK, not the people 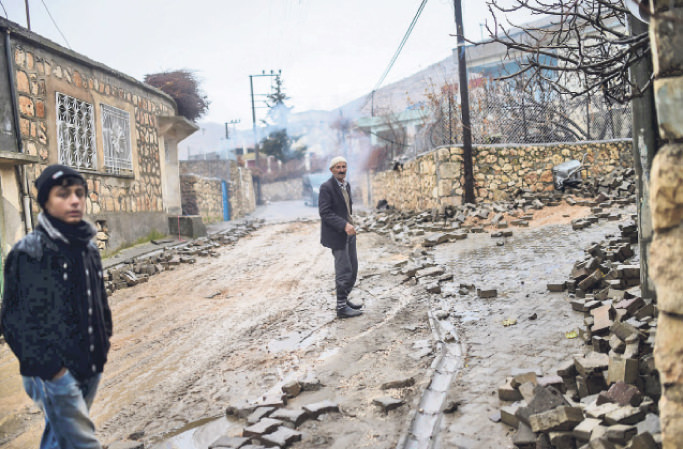 HDP municipalities unfortunately use their facilities, equipment and funds to finance and help the PKK in Turkey instead of building roads, public facilities and infrastructures

The ruling Justice and Development Party (AK Party) is famous for the effective way it runs local administrations in the country. The Islamic principle of serving the people is a way of worship that has been taken very seriously by the AK Party and it has revamped municipal services throughout Turkey, so much so, that some social democrat municipalities like the Yenimahalle municipality in Ankara has imitated this model and has been very successful.

This is because President Recep Tayyip Erdoğan served as mayor of Istanbul for two successive terms in the 1990s and worked miracles in the city, not only with a complete facelift of the historic city, but by solving the acute water shortage problem. As prime minister for 12 years, Erdoğan continued attaching great importance to municipal services throughout the land, hence the AK Party's success.

The Kurdish nationalist Peoples' Democratic Party (HDP) on the other hand has bombarded the people with fancy talk and empty promises but their municipalities have all been dismal failures. The HDP won major municipalities in the southeastern cities and towns but have not repeated the success of the AK Party municipalities in a single location.

In the 1990s, the notion of Kurdish activists winning municipal posts in eastern and southeastern Turkey was just a dream. Thanks to the reforms initiated by Erdoğan and his AK Party, now even the most militant Kurds are able to become mayors and members of the municipal assemblies. Yet, the HDP mayors and local officials have misused their positions and have been a serious disappointment, not only for the local people, but for those Turkish liberals like this columnist who encouraged them to participate in the democratic process.

The HDP has used municipal funds to finance the PKK terrorists and provide jobs to PKK sympathizers. But that is not all. The HDP municipalities have unfortunately used their facilities, equipment and funds to help the secessionist movement in Turkey instead of building roads, public facilities and infrastructure like the AK Party municipalities.

The statistics are dismal. The municipality of the southeastern provincial center of Mardin cannot generate its own funds and has to receive 96.7 percent of its annual budget from the state budget. It is sad that this municipality controlled by the HDP spends an incredible 67 percent of its funds on salaries that, of course, go to PKK sympathizers. No municipality in the Western regions spends such funds on labor expenditures. In Mardin, the municipality only spends 7 percent of its budget on investments, whereas the municipalities in similar cities in our western regions spend an average of 47 percent of their budget on investments. All these show clearly where the HDP funds go: undoubtedly to the PKK and its sympathizers.The HDP municipalities are promoting regional autonomy, which is the first phase for secession, and using state funds to build ditches and barricades for the PKK militants. The HDP itself is exploiting its parliamentary presence to further the cause of secession; its municipalities are doing the same. Can anyone tolerate this mess?
Last Update: Jan 08, 2016 1:47 am
RELATED TOPICS