Ankara, Istanbul are as safe as any European city 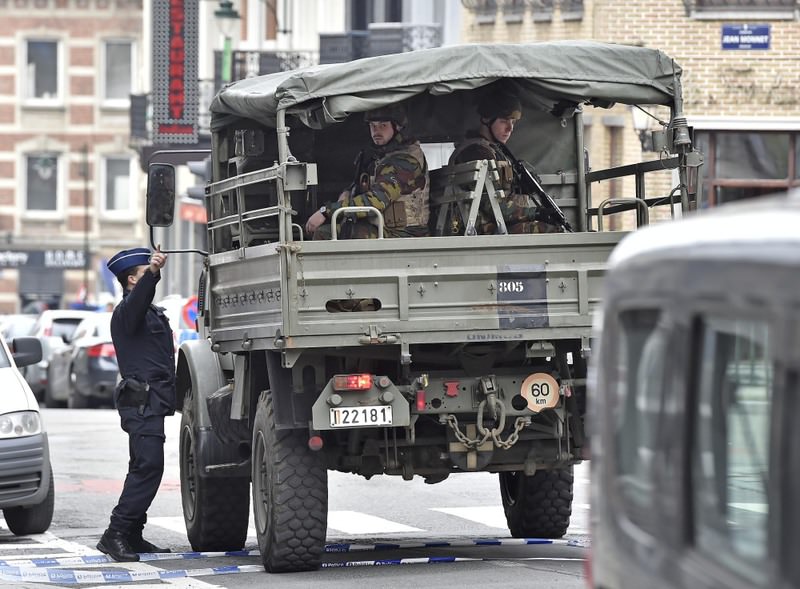 Police and military patrolling the city center after the explosions in Brussels
by İlnur Çevik Mar 23, 2016 12:00 am

If European leaders had done their share without making a distinction between terrorists, these bombings in Ankara, Istanbul and most recently Brussels would not have happened

Those in Europe who were shedding crocodile tears for Turkey after the series of bomb attacks in Ankara and Istanbul have been dealt a heavy blow as terrorism has shown its ugly face in Brussels in a big way. So terrorism is a menace that threatens all of us, not only Turks, and terrorism is not a dilemma for Turkey but for all humanity.

We now all have to agree to the fact that there are no "good" terrorists and that all terrorists are evil and have to be eradicated by any means possible.

This means you should not differentiate between DAESH terrorists or PKK terrorists and see that they are all in the same basket bent on spreading fear into people and humiliating humanity.

Turkey is a good example for this. In the past few months DAESH has mounted three terrorist suicide bomb attacks, one in Ankara and two in Istanbul. The PKK on the other hand launched two suicide bomb attacks in the same period in Ankara. Such attacks seem to be coordinated from one center, which is probably Damascus.

So Europe has to face the fact that the PKK is as dangerous as DAESH and they all have to be treated as terrorist menaces that have to be eradicated together. But instead we see that the Belgians allowed the PKK to erect a tent just next to the building where Prime Minister Ahmet Davutoğlu held a summit meeting with European Union leaders for the plight of the Syrian migrants. The PKK tried to justify its terrorist activities in that tent, which was an insult to the Turkish delegation at these talks and also an insult to the Turkish people.So when such attacks like the DAESH assault on the Brussels airport and the metro station take place we really do not want to play upon the disaster that has fallen upon the Belgian people but we do feel obliged to say that when you try to justify the actions of terrorists as "these people are good terrorists and have a cause" then you only invite terrorism at your doorstep.

That is exactly what President Recep Tayyip Erdoğan meant when he said the Europeans and especially Belgian officials have no right to try to court the PKK by allowing it to erect a tent to promote the views of the terrorist organization and said "what will the Belgians do when bombs go off in their own streets?" Courting evil people, courting terrorists only invites trouble.

There is no terrorist in the world whose actions can be justified with a cause. They are all bad, they are all evil and have to be stopped. That is what Erdoğan has been saying from the very start and yet people have been turning a deaf ear to his warnings.

You will find no Turk who will rejoice in view of the Brussels terrorist attacks. On the contrary, all know too well the suffering and hardships such terrorist actions cause and the national trauma it creates only helps us to understand and sympathize with the people of Belgium. However, we do expect the international community to start understanding our anger and frustration of being left alone to combat terrorism while they seem to be providing a helping hand, especially to PKK terrorists.

Yesterday it was us. Today the target is Belgium and all of Europe. Tomorrow it may well be the U.S. It is no use issuing terrorist alerts like the Americans, Germans and others did in Ankara, which was designed to humiliate us and further sabotage our tourism. So it is high time countries stopped using terrorists against each other and combated terrorism together in earnest.