If your towns were under siege by terrorists 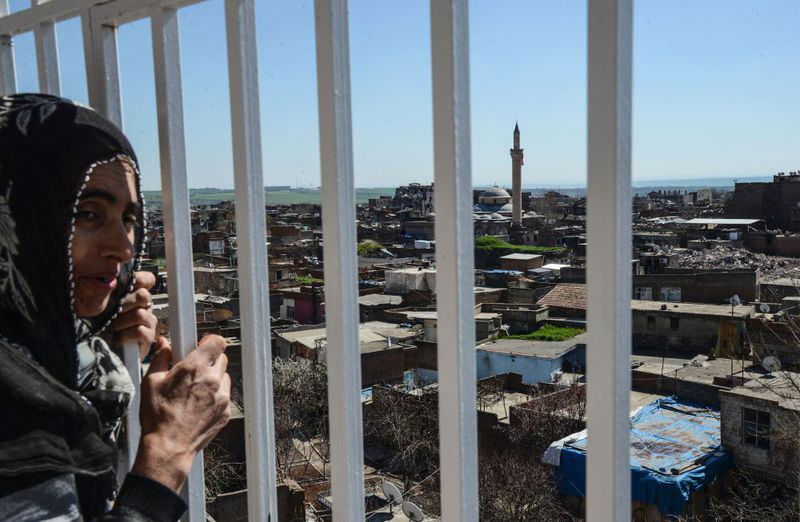 There is no doubt that Turkey is killing Kurds in the southeast is a total lie. What we hear today in the mainstream media is the same old story the West writes itself based on its imaginary sources

Once again Turkey's militant Kurds are trying to distort the facts and create the impression that Turkey is clamping down on its Kurds in southeastern Turkey using brutal means.

This is a lie and part of a massive disinformation campaign that some of our Western friends are knowingly or unknowingly falling for.

Yes, it is true that for the past few months Turkey has been conducting a stepped-up war against the PKK terrorists and that the PKK casualties have mounted to the tune of 5,000 militants.

Confronted with certain defeat now, the Kurdish militants are trying to create the image that Turkish forces are hurting civilians, are driving them out of their homes and have left thousands homeless in the process.

Turkey is not driving anyone from their homes. The PKK, instead of laying down arms and giving peace a chance, has in the past three years used the peace and reconciliation process to stash arms and explosives in the southeastern cities and towns preparing for a final secessionist drive. So when they shunned the peace process and resumed their terrorist activities, Turkey hit back in kind. Yet, this time the task for the Turkish security forces was massive.

What the PKK was doing was to take the people of a town hostage, force them to remain in their homes and used them as human shields. The PKK tried to create Kurdish enclaves for themselves and thus push for secession. So Turkey had to launch operations against the terrorists while trying to avoid inflicting any harm on the local people held hostage by the PKK. So in the process Turkey suffered serious losses (to the tune of nearly 400) as it tried to keep the local people safe.

The security forces tried to inflict the minimum amount of damage to houses so that people could later come back and resettle. Yet this too was exploited by the PKK and thus we suffered casualties.

So that is why President Recep Tayyip Erdoğan says some settlements can be vacated to allow security forces to wipe out buildings and thus reduce needless casualties. This is not driving people away from their homes as we witnessed in the 1990s but it is in fact to protect them while the security forces fight the PKK. The authorities later plan to build more modern and more comfortable dwellings for the locals to resettle them once the war against the PKK is over. This is unfortunately being sold to the West by the PKK and its sympathizers as a campaign to force people out of their homes whereas it is a campaign to secure the safety of the civilians. The PKK has no regard for human life or the safety of the local people, irrespective of whether they are Kurds or not.

Turkey is providing shelter to 3 million Syrians fleeing Assad's brutality. Isn't it a contradiction for Turkey to put aside all the odds and embrace the Arabs while we are accused of driving Kurds from their homes?

Turkey has no intention of alienating the local Kurds of southeastern Turkey as the government knows well that these were the people who voted for the party in the Nov. 1 elections "to get rid of the PKK."

So it is only normal for the government and President Erdoğan to take every measure for the well-being of these people and avoid alienating them. They have a vested interest in keeping these people happy and satisfied, not to antagonize them.
Last Update: Apr 08, 2016 2:28 am
RELATED TOPICS