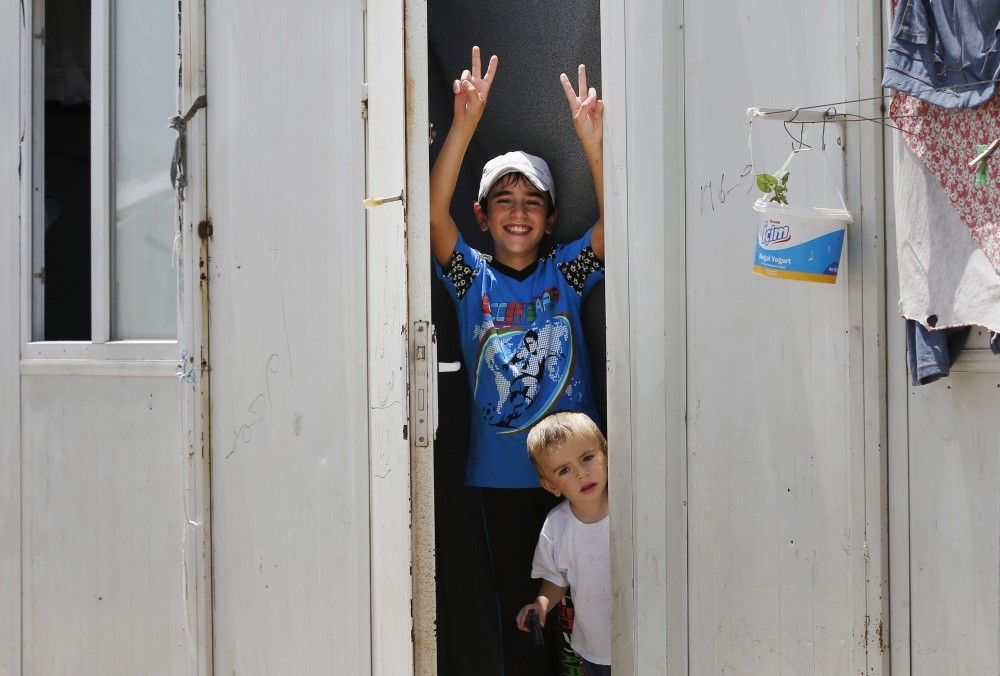 We have completed the month of Ramadan and today it is the first day of Ramadan Bayram, or Eid al-Fitr, the three-day celebrations marking the end of the fasting season. This is the season when Muslims display compassion and affection to their fellow human beings. Thus President Recep Tayyip Erdoğan announced welcome good news for the millions of Syrians who have sought shelter in Turkey: You will be allowed to become citizens of the Republic of Turkey "if you wish." This is a major step that no nation would dare take, yet this in Turkey. This is the country that has given shelter to 3 million Syrian migrants and in the past four years has spent about $11 billion in tax payers' money and about $10 billion has been spent by NGOs and other organizations for the migrants. This is the country that has built 26 good quality camps for the migrants and has allowed work permits for all Syrians residing in Turkey for more than six months.

Is there another country that could do this, is there another nation that would tolerate all this? Is it not a fact that these people are being turned down and mistreated by the European Union for various reasons? So it is clear that these people will never find any safety or comfort in Europe. As the war in Syria continues unabated there is also very little chance that these people will be able to go back to theirhomes and live in safety in the next few years. So we simply cannot leave them in limbo and expect themto accept the status quo. Something urgent had to be done and President Erdoğan simply did the right thing, the most humane thing befitting a Muslim. Of course, this decision brings tough social, educational, economic and security challenges to Turkey. Firstly, Syrians who are given Turkish citizenship have to be well-screened and we need to make sure that terrorists do not exploit this. Secondly, there are 1 million Syrian children and young people who need to be educated. They are all across the country. Many have not been through the door of a school for the past four years.

They have to be taken off the streets and educated in special facilities so they can gradually enter the Turkish educational system. To do all this we need trained qualified staff who have a good knowledge of Syrian Arabic. Then we have to find permanent schooling facilities for these young people of all ages from primary, secondary and high school to university. If we can do this, we will have a new generation of Turkish Syrians who will be an asset to the "new Turkey" President Erdoğan envisages. Besides all this, we also have to make use of well-educated and trained Syrians who can be assets for us not only in training and educating other less qualified or unqualified Syrians but also help in bolstering our Arabic-speaking staff for various professions. Turkey has interests in other countries and can use its Arabic-speaking former Syrians in projects abroad as well as in Turkey. There are more than a thousand Syrian academics in Turkey who could be employed in education. An open Arabic university can be established for Syrians in Turkey. The Syrians in Turkey are being used as cheap labor by some business people. This is a great shame and has to be stopped. Providing citizenship to these people could well be a remedy. Those who oppose this move are left-wing people who simply want to oppose everything that Erdoğan does and the nationalist Kurds who see the Syrians as a threat to themselves. They are all very wrong.

Columnist's note: I wish all our readers a happy holiday and may Allah bless all our Muslim brothers and sisters.
RELATED TOPICS