Complete overhaul of the military 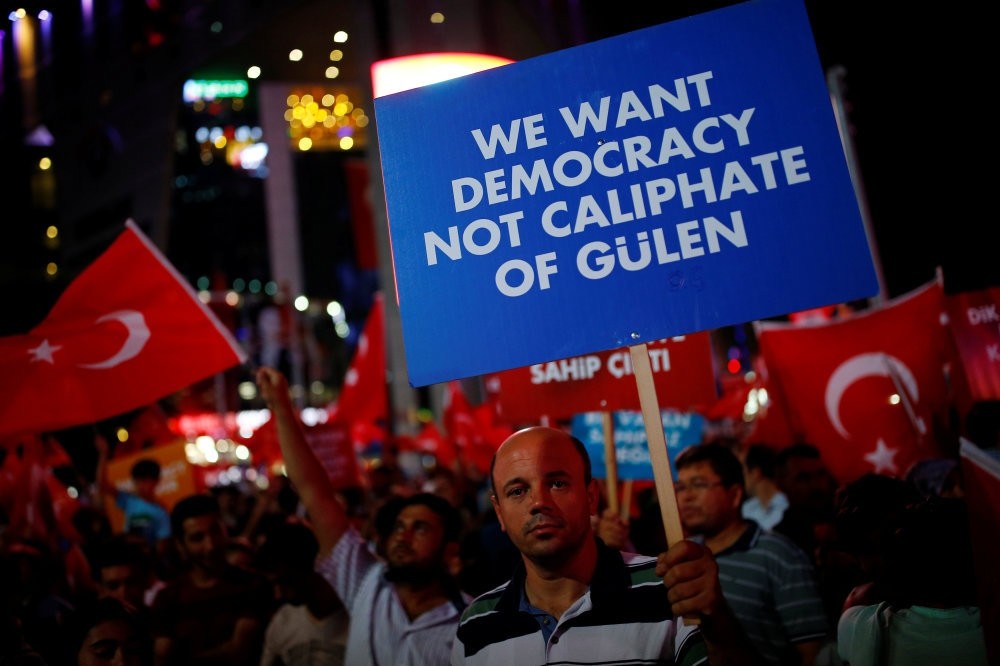 A man holding a banner at a gathering of the people in solidarity night after night since the July 15 coup attempt in central Ankara, July 27.
by İlnur Çevik Jul 29, 2016 12:00 am

The Turkish Armed Forces (TSK) is the second largest army in NATO after the United States with 700,000 personnel and with divisions armed with sophisticated weapons.

Yet over the years we have seen arguments that the TSK is too sluggish and needs to become much leaner and much meaner...

But the July 15 failed coup showed that this huge army is not only sluggish but has been infiltrated by a religious group of fanatics called the Gülenist Terror Organization (FETÖ) and has been infested with serious discipline problems where the chain of command has disappeared...

Even the top commanders were held captive by their subordinates and closest aides during the coup attempt, which is a scandal to say the least. The fact that this can happen in an army that boasts about its discipline shows that now the concept only exists in word only.

The military, which staged coups frequently between 1960 and 1997, also tried to stall the Recep Tayyip Erdoğan administration several times between 2002 and 2007 but failed. This time FETÖ used their military assets to topple Erdoğan and failed.

So the coup attempt has provided a golden opportunity for a complete overhaul of the whole TSK system.

The generals and other ranking officials who participated in the coup attempt are all out and facing heavy prison sentences. They are now being replaced by officers who have been promoted by the Supreme Military Council that convened under Prime Minister Binali Yıldırım on Thursday.

The so-called Presidential Guard is being disbanded because both in the past and in the latest coup attempt it has been the presidential guards who have reneged and sold out the head of state. The gendarmerie command and the Coast Guard is being affiliated to the Interior Minister and will not be an integral part of the TSK.

Administrative measures are being taken so that the military can no longer operate so freely to plot coups while the police force and especially the Special Forces are being further strengthened to become the only force that looks after home security.

Military high schools, which the Gülen terrorists managed to use extensively to infiltrate military ranks, will be disbanded and the Military War Schools will be controlled by the civilian authority.What is of course shocking is the depth to which the Gülen gang managed to infiltrate the military ranks. We observed, with great shame, military pilots that belonged to the Gülen terrorist gang bombing Ankara and Istanbul during the coup attempt. These are the pilots who were supposed to bomb PKK positions in Northern Iraq...These are the pilots who created an uproar in Uludere when they attacked Kurdish smugglers claiming that they were PKK terrorists. These are the pilots suspected of having downed the Russian fighter that violated Turkish air space and created an earthquake in our relations with Moscow...

Now is the time to quickly reform the TSK, create a lean, mean fighting force and weed out the Gülen terrorists from the military. We cannot afford to be slow because we live in a volatile region surrounded by dangers and face threats from internal and external enemies.
Last Update: Jul 29, 2016 1:14 am
RELATED TOPICS