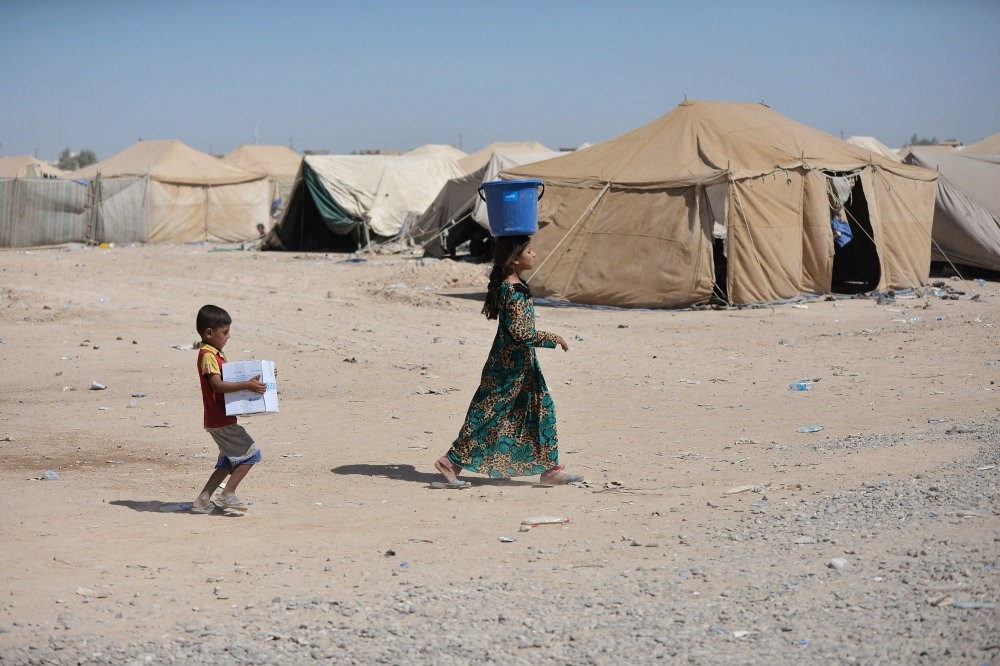 Thanks to the sacrifices made by this nation, not only we Turks, but also many other people, including those in northern Syria, are celebrating Qurban Bayram in peace and tranquility this year

For years our religious congregations prayed every year for Almighty God to bring peace and calm back to the Syrian people and end their never ending miseries in a civil war-torn country.

This year our prayers have been partially fulfilled because we managed to bring continuous peace and calm to the border areas in northern Syria, especially in the city of Jarablus and villages strung all along the border thanks to the military operation by the Turkish Armed Forces (TSK)-backed Free Syrian Army (FSA). Thanks to Turkey's efforts and American and Russian initiatives, the people of Aleppo are also enjoying a temporary cease-fire on the occasion of Qurban Bayram (Feast of the Sacrifice), also known as Eid al-Adha. Yet, the rest of the Syrians continue to experience the violence of the civil war.

Yes it is no understatement to say "Turkey has brought Qurban Bayram" to Jarablus. The population of Jarablus was down to 3,500 before Turkey sent its forces across the border and liberated the city from DAESH terrorists with the help of the FSA. Since then in just less than three weeks, life has started to turn to normal in Jarablus, the population of the city has swelled up to 18,000 and people have been flocking into the streets. There is reportedly already a commercial boom in the city with people doing heavy shopping. This is all thanks to Turkey.

So when some people start questioning the presence of Turkish forces in northern Syria we are really surprised.

Turkey has every right to have intervened in northern Syria in view of the recent developments. DAESH has been using its presence in the border areas across Turkey to terrorize our border areas. They have sent suicide bombers across the border in Turkey, killing women and children; they have sent missiles into the border province of Kilis, killing our citizens. The so-called Bashar Assad regime is unable to control the border areas or have any say in the region. Thus, it was only formal for Turkey to take matters into its own hands and put an end to this crooked situation.

What should be questioned is why a terrorist organization like the PKK has been allowed to intervene in the local politics of Syria, kill moderate Syrian Kurdish politicians and opinion leaders and create an outfit called the Democratic Union Party (PYD) to carry on its crimes. It should also be questioned why the PYD has been allowed to carry out ethnic cleansing in northern Syria east of the Euphrates River against Arabs and Turkmens.

We should also question why the United States, Russia and Iran, which have no common borders with Syria, are allowed to toy with this country, while Turkey, which has a 900-kilometer border, is asked why it has sent its forces to this country.

Besides all this Turkey has made it a point of extending compassion and affection to the oppressed and underprivileged in the world. Turkey is attending to the problems of the people of Africa, in Somalia and everywhere on the continent sending aid and providing services. Turkey has sent a shipload of relief material for Palestinians living in the Gaza Strip on the occasion of Qurban Bayram.

The people of the world look up to Turkey and President Recep Tayyip Erdoğan as a source of hope. This should be regarded as a blessing of the Almighty.

This nation has braved tanks, armored vehicles, attack helicopters and F-16 fighters to end a bloody coup attempt. Thanks to the sacrifices of this nation, not only we Turks, but also many other people, including those in northern Syria, are celebrating Qurban Bayram in peace and tranquility.
RELATED TOPICS