Turkey has to be prepared for a divided Iraq 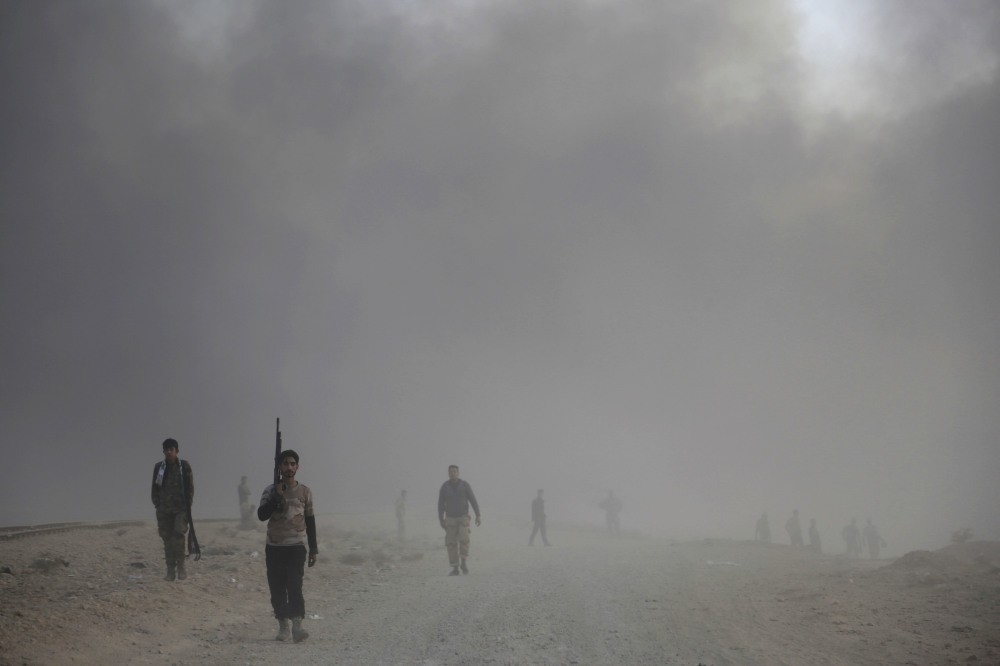 Whether the Americans, other Western powers or Baghdad likes it or not, Turkey will be at the table when Iraq is carved up into new states. Under President Recep Tayyip Erdoğan, Turkey is now a game setter and not a player sitting on the substitute bench

Turkey seems to be the only country that sincerely wants the territorial integrity and sovereignty of Iraq to be preserved. The rest of those involved in our region are only playing a charade that is unfolding in Mosul in the name of "fighting Daesh" but in fact is a new step in the disintegration of the country.

Once upon a time the Sunni Arab elite minority felt they were the masters of Iraq under Saddam Hussein and made life hell for the Kurds in the north of the country and the Shiite Arab majority mostly living in the southern regions.

After the American invasion of Iraq, the Sunni Arab minority was systematically persecuted and have thus been seriously alienated. Hence the terrorist activities of the forces loyal to Hussein, hence their cooperation with al-Qaida and eventual cooperation with Daesh.

When the Americans realized they had committed a terrible mistake, it was too late. Iran had taken over the reins of the Shiite Arab majority that was only motivated by vengeance and enmity. Neither former Prime Minister Nouri Maliki nor current Prime Minister Haider al-Abadi have any regard for the Sunni Arabs and have displayed this very openly.

So now the Kurds and the Shiite Arab army of Baghdad have united with the coalition forces led by the Americans to oust Daesh from occupied Mosul, yet this is not going to be an act of "liberating" the city and allowing it to be run by the Sunni Arabs who are a majority in the city but it will be an exercise of putting an end to their domination of the province as a whole. Despite suffering new hardships, the Sunni Arabs with the help of Turkey and the U.S. will eventually hold on to the city but massive harm will be done to further alienate the Sunni Arabs in Iraq.

Eventually this will result in the disintegration of Iraq and the creation of new states on Iraqi soil just as it was the case in the former Yugoslavia.

Turkey has to be prepared for this eventuality.

A Kurdish state in the north, a Sunni Arab state in the midsections of the country and a Shiite state dominated by Iran in the southern provinces.

Yet, this too will create serious complications for regional stability and thus for world peace. The events in Iraq will no doubt also affect the eventual situation in neighboring Syria where there is a Sunni Arab majority with an elite Alawite minority claiming to run the country that is deep in a civil war. Daesh is there, Iran is there, the Russians are there and hence the mess.

Both the Kurdish state in Northern Iraq and a Sunni Arab state will both be landlocked and will have difficulty surviving.

The Kurds themselves are already facing serious challenges with growing internal strife as Masoud Barzani, controlling Irbil and Dohuk, is facing strong dissent from Suleimaniyah, run by Jalal Talabani's Patriotic Union of Kurdistan (PUK) and the Goran Movement led by Nourshirvan Mustafa. Their financial problems are massive. The PKK is also challenging Barzani with its terrorist bases in the Qandil Mountains and its presence in the Sinjar province between Mosul and the Syrian border. Turkey has to establish dialogue with all political actors of the Kurdish area and act as a brother, as a Kurdish state will never survive without the active support of Turkey.

Turkey also has to extend a helping hand to the Sunni Arabs not only because of religious considerations but because these people are the relatives of many people in southeastern Turkey.

While doing all this Turkey has to forge a plan for its Turkmen brothers in Northern Iraq especially in Kirkuk, in Talafar and in the Turhurmatu regions. As the situation unfolds Turkey can push for Turkmen enclaves in these areas.

So whether the Americans, other Western powers or Baghdad likes it or not Turkey will be at the table when Iraq is carved up into new states. Under President Recep Tayyip Erdoğan, Turkey is now a game setter and not a player sitting on the substitute bench.
RELATED TOPICS