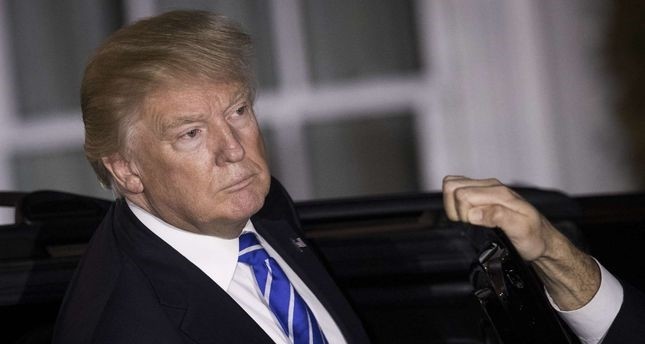 Turkey and the U.S. have to revive their good relations of the past and thus open the way for Ankara, Moscow and Washington to forge a three-way partnership to bring order to the region

It is no secret that despite the high-level dialogue between Turkey and the United States the facts on the ground show that there is little reason for Ankara to trust the goodwill of Washington.

For years Ankara has been telling the U.S. that the Syrian Kurdish forces of the Democratic Union Party (PYD) are an extension of the PKK terrorist organization that is waging a secessionist terrorist war in Turkey. The U.S. regards the PKK as a terrorist outfit and also knows well the links between the two and yet it turns a blind eye, saying that the PYD is its major fighting force against Daesh in Syria. Turkey has proven this wrong by entering northern Syria and putting up an effective fight against Daesh thus occupying a massive area in the region all the way down to al-Bab. Turkey has also provided proof to the U.S. that the PKK uses arms given to the PYD by the Americans. Despite all this US support for the PYD and thus the PKK continues. So isn't it normal for the Turks to mistrust the US?

Turkey is about to take al-Bab, the strategic city held by Daesh in the north of Syria. Yet it has become clear that the U.S. is stalling Turkey by denying air support for Turkish ground forces poised to wrestle al-Bab from Daesh. Why is the U.S. doing this. Because the U.S. feels after al-Bab Turkey will turn its attention to the town of Manbij, which was taken by the PYD from Daesh. Yet the town is an Arab city and Turkey has said the PYD has crossed to the west of the Euphrates despite American assurances that this would not be the case. Then the Americans assured Turkey that the PYD would withdraw from Manbij and they did not. Now we are told the U.S. is trying to bargain with Turkey saying if Ankara refrains from forcing the PYD out of Manbij then it can restore air cover for our forces in al-Bab. What is ironic is the fact that instead of the coalition forces the Russians have bombed Daesh in al-Bab thus giving Turkey a helping hand. This story is now well known by the Turkish public. Thus the Turkish people are asking our government: What kind of an ally is the U.S. and why are we allowing these people to use our İncirlik Air Base in southern Turkey?

So at the end of the day, we face an awkward situation where the Obama administration has openly defied the norms of good relations with Ankara and has done everything to create an environment of mistrust between Ankara and Washington.

The Turkish people are rightfully questioning the merits of our alliance with the U.S.

Some misguided people in the U.S. administration may think that the airport in Irbil may become an alternative to İncirlik thus they may also think their alliance with Turkey is expendable. They are dead wrong. You only have to live in northern Iraq in general and in Irbil in particular to realize the volatile situation in the region and that securing Irbil may not be viable in the long run in view of the massive political difficulties that face the region. Besides some people in Washington may be inclined to use Irbil as an air base against Iran but that too would be a colossal mistake. There would be no Kurdish administration willing to approve of such an action. The situation in northern Iraq will not stabilize in the foreseeable future thus a proposal to set up an air base there may sound good but in reality it is not viable.

Turkey and the U.S. have to revive their good relations of the past and thus open the way for Ankara, Moscow and Washington to forge a three-way partnership to bring order to our region. This can only be done when Donald Trump takes office later this month and moves to clear the atmosphere of mistrust between Ankara and Washington.
RELATED TOPICS