US in transition, Turkey getting mixed messages 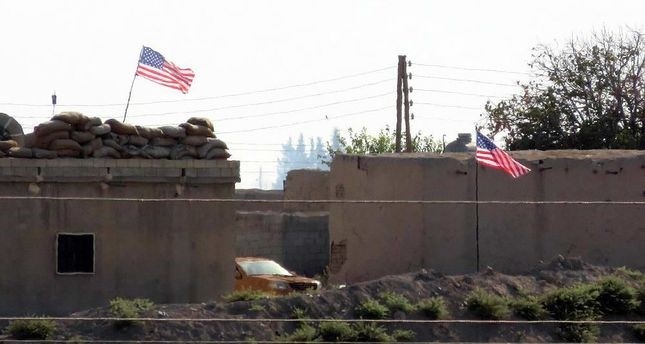 U.S. flags are displayed at a base of the terrorist PYD/PKK in the Mumbatih region of the Tal Abyad district in the Raqqa governorate, north Syria.
by İlnur Çevik Jan 13, 2017 12:00 am

There is some good news from the U.S. that shows us there is hope for Turkish-American relations once Donald Trump takes office as president and the bad news is that Turkey's adversaries who have polluted these relations during the rule of the Obama administration will continue their negative approach to further spoil these ties.

The good news is that incoming Secretary of State Rex Tillerson has told the Senate Foreign Relations Committee, "We have to re-engage with President [Recep Tayyip] Erdoğan in Turkey, this is a long-standing NATO ally. Due to the absence of U.S. leadership, he got pretty nervous about the situation. He has turned to his next available ally, he has turned to Russia. To make it clear to him, this is not a sustainable ally. Your sustainable alliance is with the United States."

Turkey has no intention of turning its back on the U.S. and cherishes its relations with Washington. However, it has been Washington that has opted to keep Erdoğan at arm's length.

Tillerson says it will be a priority to protect civilians in Syria, which is exactly what Turkey is doing, and to fight Daesh, which is also Turkey's priority. If the U.S. wants a meaningful fight against these terrorists, Turkey is its only hope to do the job.

Yet the bad news is that Tillerson calls the People's Protection Units (YPG) "great allies" of the U.S. He says in order to defeat the imminent threat posed by Daesh, the U.S. should use the forces that are already there, including the YPG and recommit to them by supporting them with new capabilities to advance on Raqqa. That kind of policy will never lead to the Trump administration's ambitions to re-engage with Erdoğan. On the contrary, the divide will only widen between Ankara and Washington.

The other good news we are getting from Washington is that some people have started to see the U.S. policy to arm Syrian Kurds to fight Daesh has in fact turned into an exercise to help the Kurds grab Arab land and expand their territory in northern Syria instead of actually combating Daesh. Some people at the Pentagon have started saying that while they want to restore good ties with Turkey, the Syrian Kurds are not on their priority list.

But then we are getting these awkward signals from the U.S. that are sources of concern for us.

The U.S. Central Command has said it received assurances from the Syrian Democratic Forces (SDF), which is nothing but a cover for the notorious Syrian Kurdish militant groups that have to links with the PKK. You only have to read the accounts of the Lebanon Bureau Chief of the Washington Post Liz Sly to understand the deep links between the PKK and the Syrian Kurdish militants.

Such statements only amount to a notion that the U.S. is still busy trying to legitimize the Syrian Kurdish militant groups that support the PKK terrorist violence in Turkey.

The new American administration has to make a clear choice on whether they want better ties with Ankara or if they want to help the Syrian Kurds divide Syria.

Turkey is more than prepared to appease Trump, forge better ties with the U.S. and move ahead. But we cannot do this when people who create violence in our country are being backed by the US.
RELATED TOPICS