Turkey rejects PYD not the Kurds of Syria 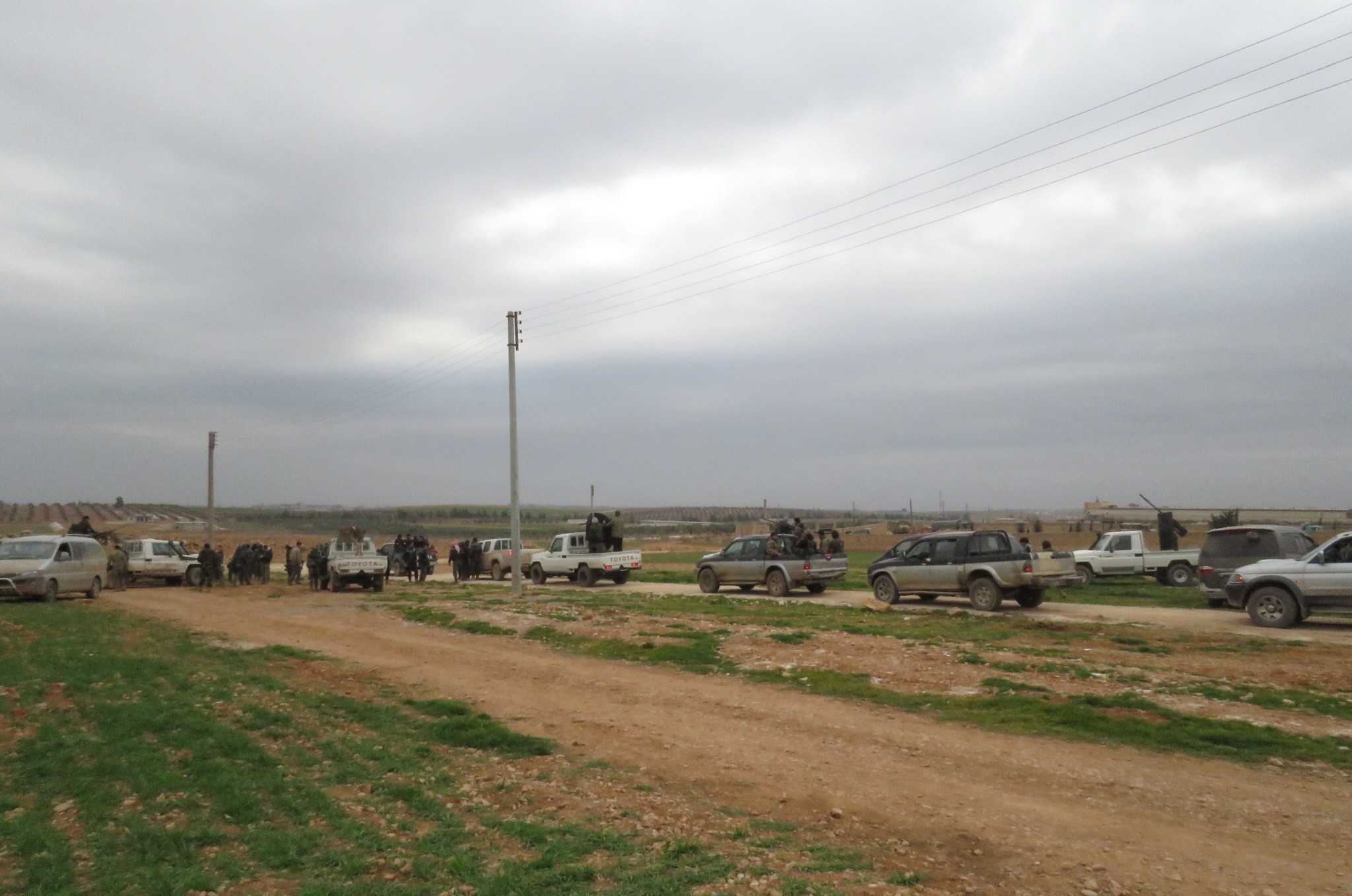 Armed vehicles of Free Syrian Army (FSA) forces, which have been carrying out Operation Euphrates Shield backed by the Turkish military against Daesh terrorists in Syrian towns since Aug. 24, 2016, standing in a western village of al-Bab, Feb. 12.
by İlnur Çevik Feb 14, 2017 12:00 am

Turkey is aware that the PYD does not represent Syrian Kurds and is hence determined to advance its offensive against the terrorist group, providing Syrian Kurds a secure life in their homeland

For Turkey, the Kurds in Syria are citizens of that country and have a right to live in their villages and cities in safety just like all other Syrian citizens. Turkey regards the Syrian Democratic Union Party (PYD) as an illegitimate entity that is a direct affiliate of the PKK, which is accepted internationally as a terrorist organization.

The PKK has been waging a secessionist terrorist war inside Turkey for more than four decades, a war that has cost the lives of more than 50,000 people.

The PYD, on the other hand, was founded by the PKK holed up in the Qandil Mountains of northern Iraq. The PKK sent its gang of Syrians from Qandil to the north of Syria and these people killed all the Kurdish politicians and activists in the area and hijacked the Kurdish political movement in that part of the world after the civil war broke out in Syria.

Until the civil war under Hafez al-Assad and then under Bashar Assad, the Kurds who number around 450,000, were regarded as a nonentity in Syria and were denied citizenship rights or even a birth certificate. From time to time they tried to revolt but were put down by brutal force.

When Recep Tayyip Erdoğan was prime minister in Turkey he forged close ties with Bashar Assad, yet this fell apart after the civil war and despite Turkish warnings, Assad started the mass killing of his own people. Assad in return withdrew his forces from the border areas across Turkey and allowed the PKK to settle in the region, which was seen as his form of revenge against Turkey and Erdoğan.

Then once the PKK established its presence in northern Syria it started eliminating all its Kurdish political opponents; some were murdered others just fled the region. Thus the PYD, an extension of the PKK, grabbed power.

Daesh managed to wrestle most parts of Syria from Assad and attacked Kurdish settlements just across the border from Turkey. They were about to conquer the Syrian Kurdish town of Kobani when Turkey and Masoud Barzani's Kurdish peshmerga forces intervened. With the aerial support of the coalition forces, dominated by the U.S., Daesh was stopped.

The PYD and PKK then started implementing a plan to create Kurdish cantons in the area that would be the foundations of a mini Kurdish state. Turkey opposed this vehemently and still does. Turkey feels the Kurds of Syria should live in their secure settlements, enjoy rights like any other Syrian but attempts to create Kurdish regions by throwing out Arabs and Turkmens from their homes, which has been the case until now, is unacceptable. Amnesty International and other international rights groups have acknowledged this fact. The PYD has changed the demographic situation especially east of the Euphrates until the Iraqi border. Turkey strongly opposes this.

Yet the areas that the PYD grabbed were not enough for it and the group started moving to the west of the Euphrates River carving into Arab and Turkmen settlements like Jarablus, Manbij and the Afrin region just east of Turkey's southern Hatay province. Despite Turkish warnings , the PYD convinced the Americans that they had the fighting force to counter Daesh and secured massive U.S. military equipment and training from the former Barack Obama administration that they used for their plans to expand to create a Kurdish corridor across the Turkish border and to provide help to the PKK in their terrorist activities in Turkey.

Turkey in return came under rocket attack by Daesh and had to launch Operation Euphrates Shield to clear Daesh from its border areas and create a safe zone where Syrian migrants could be housed. Now Turkey has secured a massive area and is about to take the Syrian city of al-Bab from Daesh with the help of the Free Syrian Army (FSA).

Turkey will then dislodge the PYD from Manbij and concentrate on taking Raqqa, which Daesh militants call their capital. President Erdoğan has agreed with U.S. President Donald Trump to conquer Raqqa provided the U.S. turns its back on the PYD.

Turkey wants all Syrian citizens to live in their settlements without hindrance. That includes the Kurds. But this does not mean you create cantons, throw Arabs and Turkmens out from their homes and force them to migrate. Turkey will only tolerate what is legitimate, not the so-called cantons that were created artificially by the PYD.

The PYD had a chance to renounce terrorism, renounce the PKK and establish a proper working relationship with Turkey. They could have established good ties with Turkey just like Masoud Barzani did but now that seems impossible. They cannot and will not renounce the PKK.

As long as the east of Euphrates River is a source of terrorist threat for Turkey, no one is safe in that area.
RELATED TOPICS