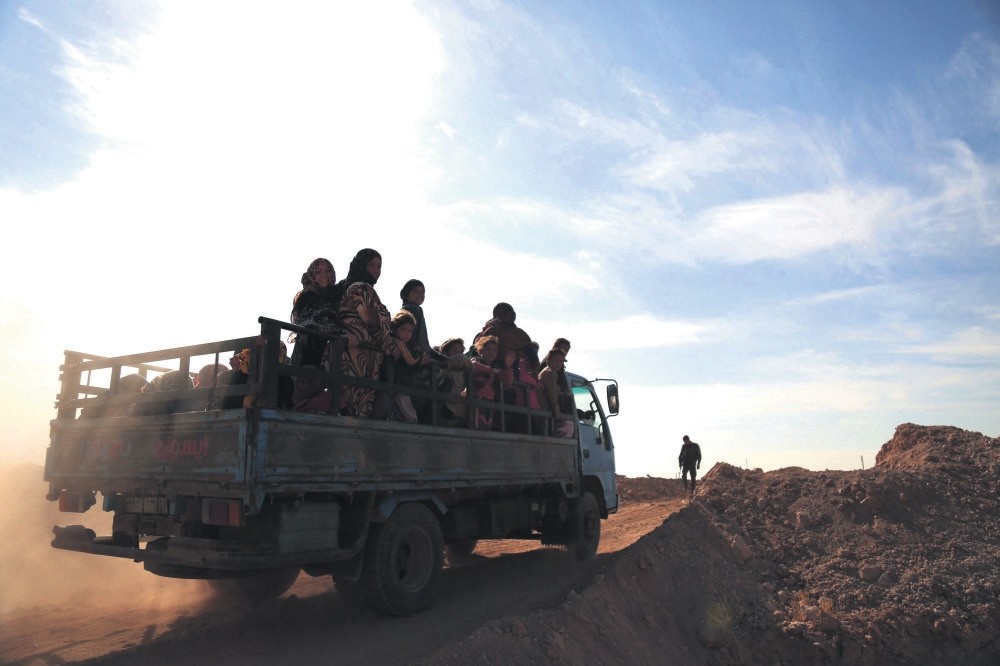 Let's think positive and believe the U.S. generals are not aware that their cooperation with the Syrian Kurdish terrorists in the next possible operation will only harm the region. But what if they are indeed aware of it?

Recently American generals seem to be progressively acting provocatively against Turkey by publishing pictures on social media that show the U.S. military handing over heavy weaponry to Syrian Kurdish militants from the Democratic Union Party (PYD).

Only a few days ago the U.S. Central Command (CENTCOM) issued some photos on the internet showing Kurdish "women soldiers" with the caption "ready to fight." The photos were the typical, clumsy work from the U.S. as it became apparent that the women soldiers CENTCOM showed were 15-year-olds who had been enlisted by Kurdish PKK terrorists as "child soldiers" to fight in Syria.

All these things are happening as Turkish forces capture the strategic city of al-Bab with the help of the Free Syrian Army (FSA) and set the stage for an assault on Manbij, where Kurds captured the city from Daesh forces and then drove out the local Arabs to turn the area into a Kurdish enclave.

Turkey says that the Kurds should move to the east of the Euphrates River and vacate Manbij so that Turkish forces can establish a safe zone 45 kilometers deep into Syria from the 90-kilometer-wide Turkish border. With Manbij this mission is completed and Turkey can move ahead with plans to relocate Syrian migrants to these new safe areas.Turkey has told the Americans to push the PYD's people out of Manbij. The PYD is the extension of PKK terrorists in Syria and thus is branded by Turkey as another terrorist outfit. The Americans acknowledged that the Kurds did not belong in Manbij and promised to move the PYD out of the town, but have done nothing up until now to keep their word.

Instead the U.S. military is issuing photos that only help to embolden the Kurds. It seems the American generals are trying to create an image back home that they need the Kurds more than ever and that any operation they carry out against Daesh, especially in the city of Raqqa, should be carried out with the PYD forces.

The fact that the PYD does not belong to the Syrian Arab regions, that their presence is detested by local Arabs and the PYD's use of child soldiers has hardly made any impression on American generals.

The general commanding the U.S.-led coalition against Daesh said Kurds will be involved in liberating Raqqa.

"I do anticipate there will be Kurds involved in the Raqqa assault. There are Kurds from Raqqa," U.S. Army Lieutenant General Stephen Townsend, commander of the Combined Joint Task Force for Operation Inherent Resolve (CJT-OIR), told reporters on Wednesday.

"There are going to be Kurds assaulting Raqqa for sure. The number, the size of them, and how many Kurdish units are participating in that, I can't really say right now," Townsend added.

When you add up the photos and the remarks of Townsend it is clear that the American military has charted a course for itself which is clearly against Turkish interests.
RELATED TOPICS