US set for Raqqa adventure with PKK 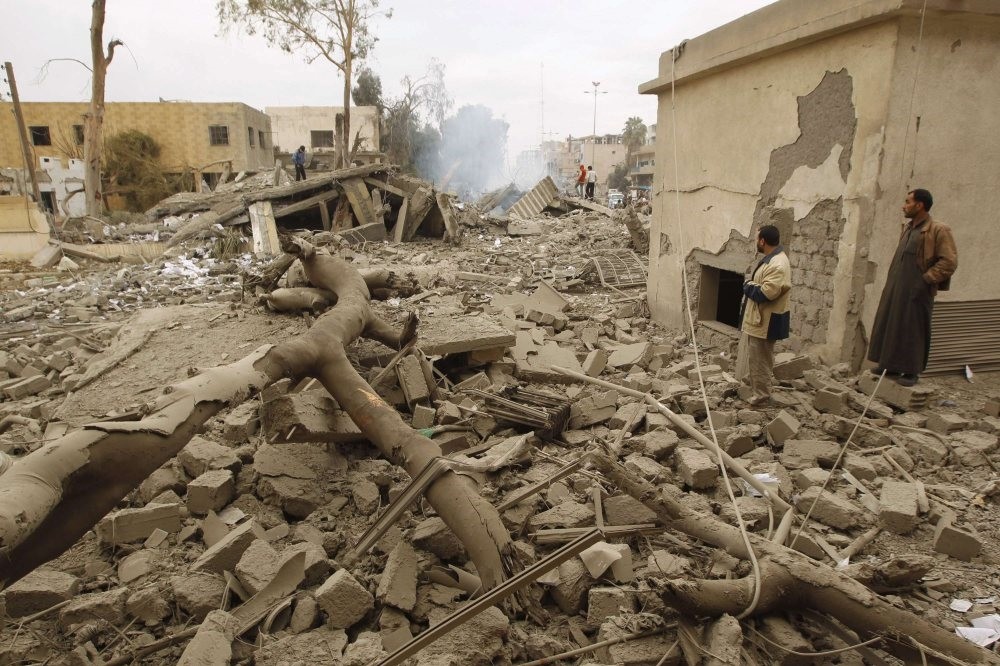 If the U.S. leaders repeat the same mistake of the Iraqi invasion in their next Raqqa operation, they will create a similar mess in the town

The U.S. generals have convinced the Trump administration to carry out the Raqqa operation against Daesh militants with the militants of the People's Protection Units (YPG), the military wing of the Democratic Union Party (PYD), which are both extensions of the PKK terrorist organization that has been waging a secessionist war in Turkey.

The Americans seem uneasy about breaking the bad news to Turkey that they will not go to Raqqa with the Turkish forces and the Free Syrian Army (FSA), yet all indications show that the Pentagon is at an advanced state in preparations for an assault on the Syrian Arab city with the militant Kurds.

Ankara has repeated over and over again it is against the American interest to gang up with the PKK affiliates to wrestle Raqqa from Daesh. This is not because Turkey does not want the liberation of Raqqa which is regarded as the headquarters of Daesh in Syria, but Turkey has two misgivings on the issue.

One is that Turkey feels an invasion of an Arab Syrian city by the Kurds will have serious repercussions and will alienate the Sunni population and create enmity not only against the Kurds but also against the U.S.

The other is that the massive arms that the U.S. is supplying to the YPG terrorists will sooner or later turn against Turkey in the hands of the PKK.

Raqqa has never been an ultimate target for Turkey. Turkey's priority has been to clear the Syrian region bordering its cities from the Daesh threat, push Daesh to a safe distance from its border and create a safe zone 90 kilometers wide and 45 kilometers deep where we can house Syrian refugees. This has been more or less achieved with the liberation of al-Bab but the fate of Manbij under occupation by YPG-dominated forces is still in the balance. Turkey wants the Kurds out of the Arab Syrian city. The YPG has created a buffer zone with the Assad regime forces to the west of the town while the town itself is under American protection.

The Americans may well welcome a plunge into an adventure to capture Raqqa with the help of the YPG. Yet there is a risk that this operation may end up as a major fiasco for the Americans but that is nothing new as they have suffered such flops over and over again from Afghanistan to Iraq. The fact that the Arab Sunni tribes in and around Raqqa are extremely unhappy with the presence of the Kurds around their settlements and the fact that the Kurdish militants are inclined to push the Arabs out of the region and install their own people there further complicates the picture.

Turkey on its part wants the YPG out of Manbij and even Afrin just east of the Turkish province of Hatay, yet it is not so enthusiastic about being involved in Raqqa. If the coalition led by the U.S. wants to enlist Turkey's help to liberate Raqqa, Ankara will do the job for the sake of the fight to finish off Daesh. It has already presented its plan to liberate Raqqa to the U.S., but it seems the generals at the Pentagon are so intent on working with the militant Kurds that they have hardly bothered to consider Ankara's offer. Foreign Minister Mevlüt Çavuşoğlu will tell the Americans and the members of the coalition when he meets them in a few days in Washington that Turkey is already doing more than anyone else to put an end to Daesh presence in Syria..

The support that the U.S.

is extending to the YPG and the PYD is a prescription for future complications in the region. It will deepen the enmity between the Syrian Kurds and the Arabs, it will force Turkey to take serious measures against the Kurdish militants. The Americans have created a similar mess in Iraq, they should not repeat this in Syria.
RELATED TOPICS