Remembering how our allies let us down 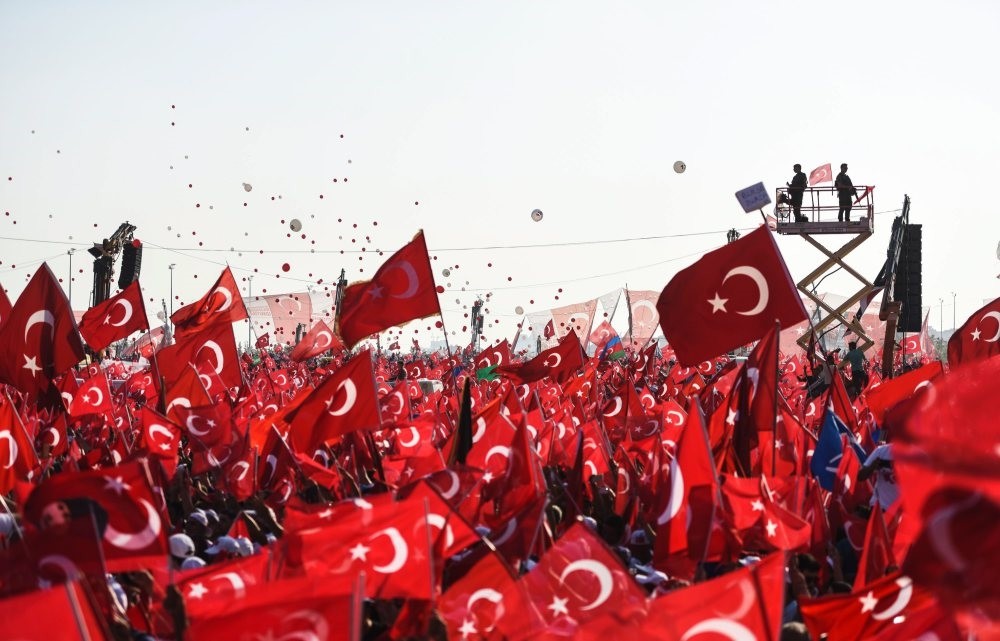 People wave Turkish flags as they stand in front of giant screens during a rally against the failed coup attempt by Gu00fclenist officers, Aug. 7, 2016.
by İlnur Çevik Jul 12, 2017 12:00 am

Western countries, as the true allies of Turkey, should have immediately condemned the deadly coup attempt on July 15, but that did not happen

On Saturday we will be commemorating the first anniversary of the July 15 bloody coup attempt staged by the Gülenist Terror Group (FETÖ) and, unfortunately, actively supported by some of our so-called "friends" and "allies."

That was the day which was unprecedented even in the history of military coups and interventions in Turkey. It was the night when jets, helicopter gunships, tanks, armored vehicles attacked flag waving people in the streets and killed 249 citizens and wounded more than 2,000 others. That had never happened before in any coup or coup attempt.

That was the night when the Turkish people braved the military might of the coup plotters and stood up to defend democracy and the elected Parliament and its government.

The nation wrote a legend that night, becoming the only nation in modern history to successfully put down a coup with its bare hands. So how would you have expected the international community and, of course, especially our NATO allies and friends to react? You would expect them to condemn the coup attempt, rally behind the Turkish nation.

Well that did not happen. It was as if many of our friends were sorry that the Gülen gang failed to stage the coup.

Awkward reactions of remorse came out of Washington and many Western capitals that shocked us in Ankara and made many Turks to believe that while the Fetullah Gülen gang staged the coup attempt, it was morally and materially supported by Western powers who wanted to unseat the Recep Tayyip Erdoğan administration in Ankara.

After a while our "friends" and "allies" started to condemn the coup and voice solidarity with the Turkish people but that was too late. They had badly missed the train and created this impression that they were behind the coup attempt. Even German Foreign Minister Sigmar Gabriel admitted this during an appearance before the foreign press in Germany as he said they were late to respond to the coup attempt and that this was a mistake.

Under normal circumstances you would have expected the international community led by the European Union to condemn the coup, praise the Turkish people for their dedication to democracy and democratic values and even admit that the Turkish people have proven they deserve to be a part of the European family of civilized nations. None of that happened, on the contrary they went on to question our democracy when the government clamped down on the coup plotters and their supporters and declared state of emergency.

Actions speak louder than words. We have seen the bitter realities in the extremely negative attitudes of several of our allies. Coup leader Fetullah Gülen is in the United States living freely in Pennsylvania, continuing to vomit enmity and anger against Turkey and its government. He has not even been placed in house arrest. Turkey's official request from Washington for this extradition is in the limbo. His followers have sought refuge in the U.S. and running amok in the country continuing their anti-Turkish activities.

Then you have Germany that has provided shelter for at least 500 leading figures of the Gülen gang that have been involved in the coup attempt. They have even been offered political asylum which is a scandal. Similar events occur in most Western countries.

So at the end of the day it is clear that we have been badly let down by those we call friends and allies. Shame on them.