The world prepares to take on tough issues 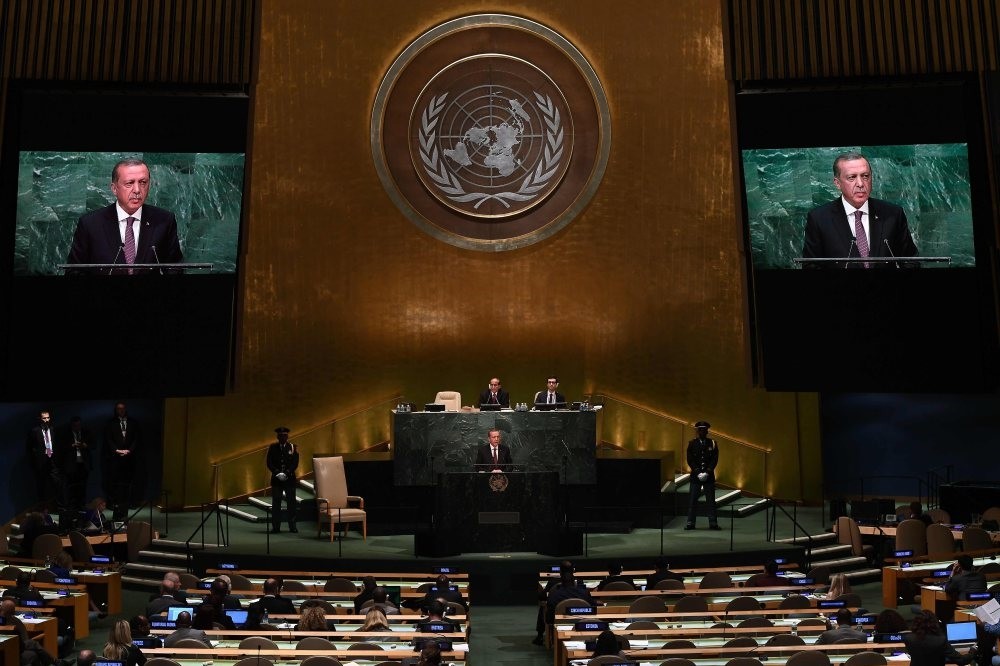 Turkey wants the U.N. to reform its non-functional system and focus on the unfolding developments in the world with deep concern

President Recep Tayyip Erdoğan is in New York to attend the United Nations General Assembly as the world watches the unfolding developments in the Korean peninsula as well as in the Middle East with deep concern.

The Turkish president has a very busy schedule meeting with world leaders led by President Donald Trump. The Trump meeting is scheduled for Thursday just before President Erdoğan completes his visit to New York and flies back home to Ankara on Friday to hold an emergency meeting of the National Security Council. That will be quickly followed by a cabinet session where an important statement will be made on the threat by the Kurds of Iraq to hold an independence referendum this weekend.

President Erdoğan will be discussing several outstanding issues with Trump on bilateral relations where Turkish concerns on U.S. support for the Syrian Kurds who have links with the PKK terrorists have deepened. The fact that the people who staged the coup in Turkey in July 15, 2016 are being given refuge in the U.S. despite growing evidence that they are villains and the fact that they are being allowed to operate on U.S. soil against Turkey is an important issue that Erdoğan will take up with Trump.

The president has been pushing for a substantial and fundamental shakeup of the United Nations system where he says deep rooted reforms are needed. Last year, the president told the U.N. General Assembly that "the world is greater than five" emphasizing that the system where the five permanent members of the U.N. Security Council can block all decisions with their veto power is paralyzing the effective intervention of the U.N. in crisis areas as they use their veto power to protect states that they feel are close to them.

Thus, when Israel does something bad and has to be condemned, the Unites States uses its veto power while the Russians veto any resolution against the Bashar al-Assad regime in Syria.

The fact that Muslim states are not represented in the Security Council as a permanent member is also an issue of resentment.

The fact that North Korea is holding the world at ransom using its ballistic missile capabilities and its nuclear assets is a major issue that will be taken up at the general assembly.

President Erdoğan will also be meeting several world leaders on the sidelines of the U.N. General Assembly to take up the pressing issues of the Middle East like the Kurdish referendum in Iraq that threatens to divide the country and the Syrian crisis where a mess has been created as friends have become foes and foes have become allies.

Turkey wants the U.N. members to pile up pressure on the Kurdistan Regional Government (KRG) of Iraq to cancel the independence referendum.

Another important meeting that President Erdoğan will hold will be with European Union officials to discuss the future of the shaky relations between Turkey and the Union especially after the offensive by German leaders to shelve ties with Ankara.