Talabani, the glue for Iraqi Kurds 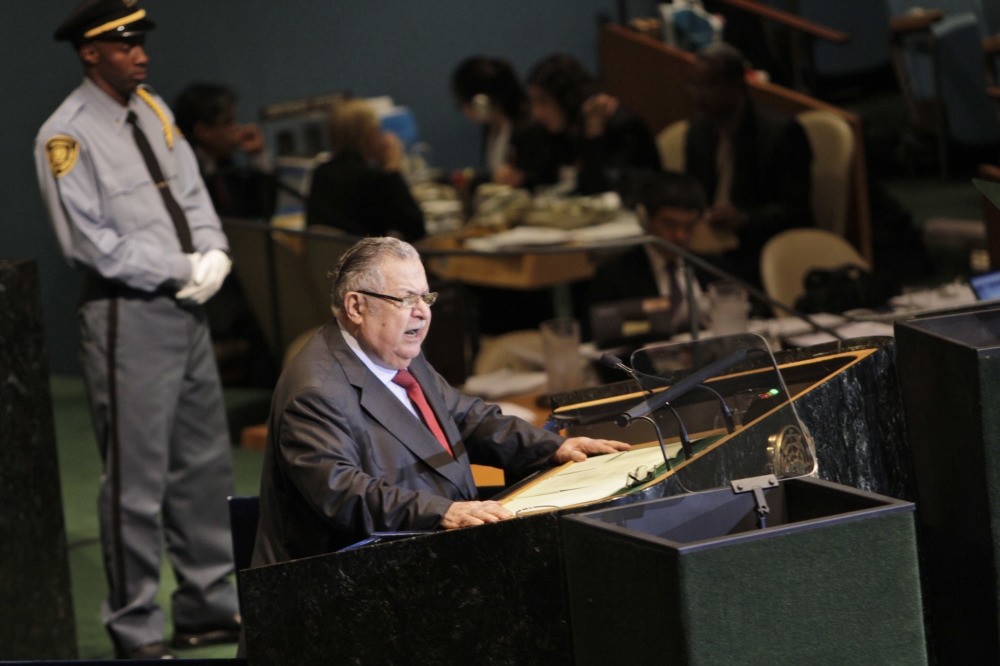 If Talabani was in office now, he would have never allowed Iraq to fall into any kind of disarray and he would not have allowed Barzani to undertake this mad adventure of calling a referendum for independence

Jalal Talabani, better known as Mam Jalal among Kurds, was a voice of reason, common sense, moderation and compromise for the Kurds of Iraq along with all people in Iraq and the Middle East, where deceit, intrigue and discord dominates regional politics.

I had the honor of being his close friend and confidant for the past three decades. He was a statesman who was a man of the world, jovial and practical, but also a sly politician.

Thanks to his genius, Iraqi Kurds made huge gains over the past two decades disproportionate to their political, economic and social strength.

With the help of the United States, he engineered the 2004 Iraqi constitution that imposed the will of the Kurds over the Shiite and Sunni Arabs who were then in disarray. He managed to create a safe haven for Iraqi Kurds in Dohuk, Irbil and Suleimaniyah and he was a very practical person who felt Kirkuk should be treated as a special case to be run by Kurds, Turkmens and Arabs.

As the first president of Iraq after Saddam Hussein, he managed to forge an understanding with the Shiite leadership to help to eventually include Sunni Arabs in the political process and end their alienation despite the shortsighted efforts of some Shiite politicians. He managed to secure funds for the Kurdish region despite obstacles set up by certain Shiite Arab officials, and he kept the ship afloat. He managed to convince the U.S. to make amends with Sunni Arabs and help them severe ties with al-Qaida.

This was what the statesman was all about.

Then he had his first stroke, which sent shockwaves throughout Iraq as people saw what could happen if Talabani was not in office. But he recovered and continued his good work.

But his second stroke incapacitated him and he was out of the equation. His party, the Patriotic Union of Kurdistan (PUK), continued to play a role in Kurdish politics, yet without him, Iraq was at a loss.

Shiite Arabs under former Prime Minister Nouri al-Maliki alienated Sunni Arabs, driving them to Daesh, and the Kurds, driving them to seek solutions under Kurdistan Regional Government (KRG) President Masoud Barzani, who is far from being Talabani's equal.

If Talabani was in office now, he would have never allowed Iraq to fall into any kind of disarray and he would not have allowed Barzani to undertake this mad adventure of calling for a referendum for independence.

It is very sad that neither Goran nor Talabani's PUK lived up to the expectations of Mam Jalal to stand up against Barzani and stop the referendum, which still has the potential of wiping away all the gains Talabani managed to secure over the years.

Talabani was a friend of Turkey. He loved Istanbul and was fond of Ankara. He praised President Recep Tayyip Erdoğan and did everything in his power to bolster Erdoğan politically. He was a dear friend of late Presidents Turgut Özal and Süleyman Demirel. In return, Erdoğan, Özal, Demirel and late Prime Minister Necmettin Erbakan helped Talabani to the best of their abilities. Talabani had excellent channels to the PKK and at times used them for Turkey's benefit.

He was a dear friend of my former newspaper, the Turkish Daily News, which was the first ever English language daily in Turkey. The newspaper would be his first stop in Ankara where he would meet members of the Çevik family led by the publisher İlhan Çevik. He rushed to Ankara in 1991, accompanied by our dear friend Hussein Sinjari during my mother's death and attended her funeral.

Mam Jelal will be remembered as a dear friend, a grand statesman and a wonderful human being. May God rest his soul and may he rest in peace.