Have we caught the US red-handed? 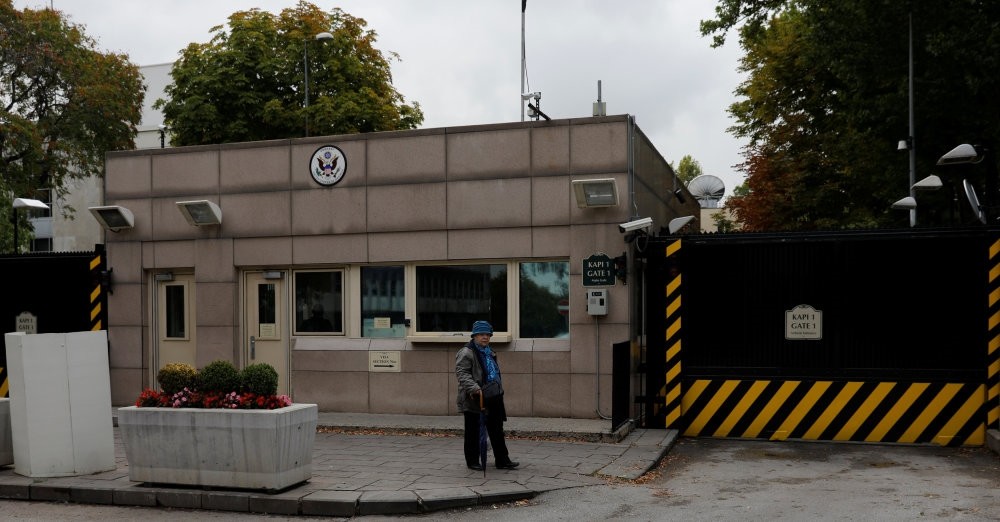 The arrest of a Turkish citizen working at the U.S. Consulate should not have been used as a pretext for revenge by suspending all non-immigrant visa applications for Turkish nationals

Why is there all the anger and frustration pushing U.S. authorities to the extremes of spoiling relations between Turkey and the United States?

Is it because some U.S. officials have been caught red handed because we discovered they were meddling in Turkey's internal affairs so much so that we can now link them directly to the bloody coup attempt of July 15, 2016?

What is very clear is that an employee at the U.S. Consulate in Istanbul identified as Metin Topuz has been arrested on charges of collaborating with the Gülenist Terror Group (FETÖ), which staged the coup attempt last year.

Topuz was involved in a flurry of phone conversations with former Prosecutor Zekeriya Öz, who is being sought for his connections with FETÖ and who has fled to Germany. Öz was the FETÖ henchman in the judiciary. Investigators also discovered that Topuz had several phone conversations with the military officials who ordered troops to fire on crowds and military personnel who distributed arms to the coup plotters.

There are also reports that another suspect who was the liaison between the U.S. Consulate and Turkey's Generasl Directorate of Security is also being sought by the police and may be holed up at the consulate.

So it is clear that some people in the U.S. Consulate in Istanbul have links with FETÖ.

What is important to know here is whether these people used their connections to further their goals for FETÖ, did they do everything they did in collaboration with the U.S. or is the U.S. actually manipulating these people and thus a part of the coup plot.

This creates a very serious situation that has implications on the future of Turkish-U.S. relations.

So instead of a cool-headed approach and cooperating with Ankara on the issue confidentially and behind closed doors, U.S. officials in Turkey have opted to create a head on collision with Ankara that is extremely dangerous.

American officials could have easily said the issue should be properly investigated and that they are prepared to fully cooperate, that justice should be served and that they have nothing to do with any effort to destabilize Turkey. Yet, the confrontation shown, particularly displayed by outgoing U.S. Ambassador John Bass, seems to suggest that Turkish-U.S. relations are being unprecedentedly butchered.

The arrest of the Turkish citizen working at the U.S. Consulate should not have been used as a pretext for revenge by suspending all non-immigrant visa applications for Turkish nationals. The action has forced Turkey to retaliate in kind, with Ankara now having suspended visa applications for Americans. This only deepens the feelings of distrust among the Turkish people regarding U.S. intentions for Turkey.

Some people are simply trying to openly depose U.S. President Donald Trump, and they seem to have opted to hit him on all fronts, and Turkish-U.S. relations seem to be a part of this.