Erdoğan follows in the footsteps of Atatürk 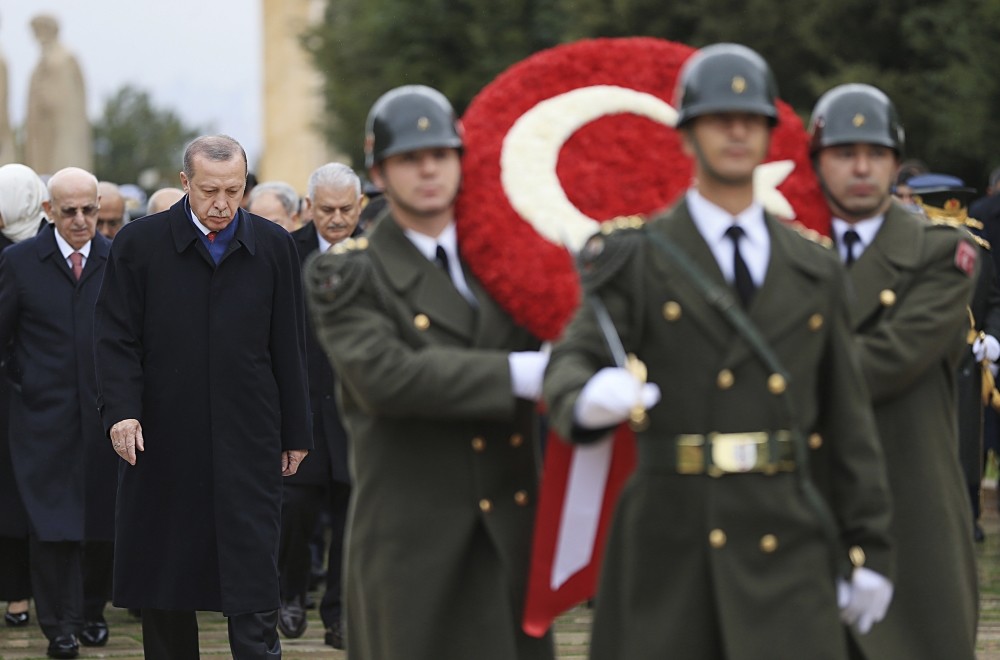 If Atatürk had been alive, he too would have stood up at the United Nations and rebelled against the injustices in the world, as President Erdoğan is now doing

Today the country commemorates the life and accomplishments of Mustafa Kemal Atatürk, founder of the modern Republic of Turkey.

Atatürk for Turks was the father figure who had built a brand new republic from the ashes of the Ottoman Empire, had led the nation in the War of Independence against the great powers of those days, and had started a series of revolutionary reforms that pushed Turkey into the 20th century.

Atatürk strived to push Turkey to the level of modern civilizations and above by mobilizing the potentials of a nation that had taken a beating in World War I.

In the international scene Atatürk became the source of inspiration for the world freedom movements. The enslaved nations under colonialism rose up to their masters taking Atatürk's liberation struggle in Anatolia. For example, Mahatma Gandhi, the father of the Indian independence movement, said Atatürk was his source of inspiration. Nelson Mandela of South Africa who beat the apartheid and pushed his country out of the middle ages again said Atatürk was a role model for him.

Now after 79 years of his demise a nation salutes this great leader with affection that proves you do not die once you make it in to the hearts of the masses.

Today, Recep Tayyip Erdoğan walks in the footsteps of Atatürk. He too has placed himself in the hearts of the Turkish masses so much so that the nation turned out in the streets to put down a bloody coup attempt on July 15, 2016. They defended democracy and Erdoğan and set an example that made us all very proud.

Today, Erdoğan is the leader who has pushed Turkey into the 21st century as the 17th leading economy in the world. Turkey has prospered under Erdoğan's democratic rule for the past 15 years. Turkey has become the rising star of its region which has been infested with wars, upheavals and discord. Turkey has built an excellent health system, a modern communications and transportation system that is an envy of its friends and foes. Turkey has become the role model in the region that Atatürk would have been proud of. Atatürk's goal of pushing Turkey above the level of the other civilizations of the world will be fulfilled by the year 2023, the 100th anniversary of the Republic.

But that is not all. Atatürk fought against imperialism during his time and won the respect of the international community, even his adversaries. He too was the father of the oppressed and the underprivileged like Erdoğan.

Turkey has set high standards for the international community by rushing to the assistance of all the oppressed and beaten-up people of the world. Turkey has not only provided shelter to the 3 million Syrians fleeing the civil war in their country but is hosting them under the most ideal conditions unmatched in anywhere else in the world. But that is not all. Turkey also cares for the suffering Somalians, the Muslims of Arakan and many other oppressed groups. That would have made Atatürk proud.

If Atatürk had been alive he too would have stood up at the United Nations and rebelled against the injustices in the world and would also have declared "the world is greater than five," meaning the U.S., Russia, China, Britain and France that have veto powers at the Security Council have created an unjust international order.

Atatürk had declared "independence is my character." Erdoğan is doing just that. Atatürk lives in our hearts, may Allah bless his soul.