Can the US be more flexible? 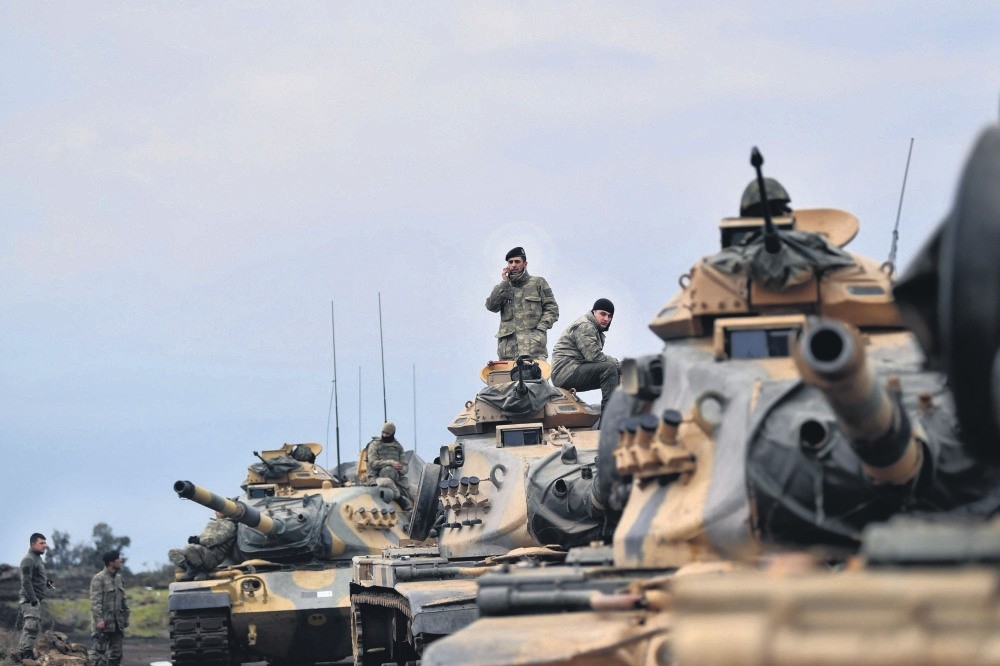 Turkish soldiers with tanks as they wait near the Syrian border before entering Syria for the Afrin operation, Hassa, Hatay, Jan. 21.
by İlnur Çevik Feb 13, 2018 12:00 am

Turkey-U.S. relations will be discussed at length this week in Ankara when U.S. Secretary of State Rex Tillerson visits the capital later this week and when Defense Minister Nurettin Canikli meets with U.S. Secretary of Defense Jim Mattis in Brussels on the sidelines of the NATO defense ministers meeting.

A prelude to these meetings was the contact between Presidential Spokesman İbrahim Kalın and U.S. National Security Adviser H.R. McMaster in Istanbul on Feb. 10-11. After the meeting, the two sides issued similar press statements suggesting they had discussed ways to overcome the current deadlock in relations over Syria.

Kalın and McMaster discussed the priorities for the two countries as well as the "long-term strategic partnership," according to a statement from the White House. The statement also said the two officials discussed "developing new strategies" to combat terrorism and regional developments.

Turkey launched Operation Olive Branch in the northern Syrian region of Afrin to wipe out the PKK terrorist organization's Syrian affiliate Democratic Union Party's (PYD) People's Protection Units (YPG) forces, which uses the area as a base. Yet the PKK is holed up in Afrin with its Syrian PYD and YPG sidekick, which the U.S. actively supports.

The U.S. has used the YPG in their fight against Daesh terrorists and has armed them with heavy weapons. Ankara says these weapons are not being used against Daesh and have now turned against Turkish soldiers in Afrin. Turkey also says the U.S. has to push PYD and YPG out of the Syrian city of Manbij as U.S. officials had promised or else Turkey will do the job with force.

So it all boils down to a simple question. Is the U.S. prepared to part ways with the PYD and YPG, or how much distance do they want to put between themselves and the militants?

At the moment, judging from statements from U.S. officials and the outcome of the Kalın and McMaster meeting, the U.S. is not prepared to part ways with the YPG for the time being. They see the Afrin operation as continuing for some time and are buying time while they discussed the ifs and buts with Turkey.

Can the U.S. be flexible? That depends on how successful the Turkish military operation is in Afrin. If the U.S. sees the PKK, YPG and PYD wiped out in Afrin, they will surely decide that there is no ground to pick a fight with an old ally.

What the U.S. should really be concerned with, however, is not whether they will have to clash with Turkey, but the growing anger and resentment among ordinary Turks against the U.S. People have started to see the U.S. as an adversary instead of as a friend and ally. In the long run, that is more dangerous than any other adversity in Turkey-U.S. relations.