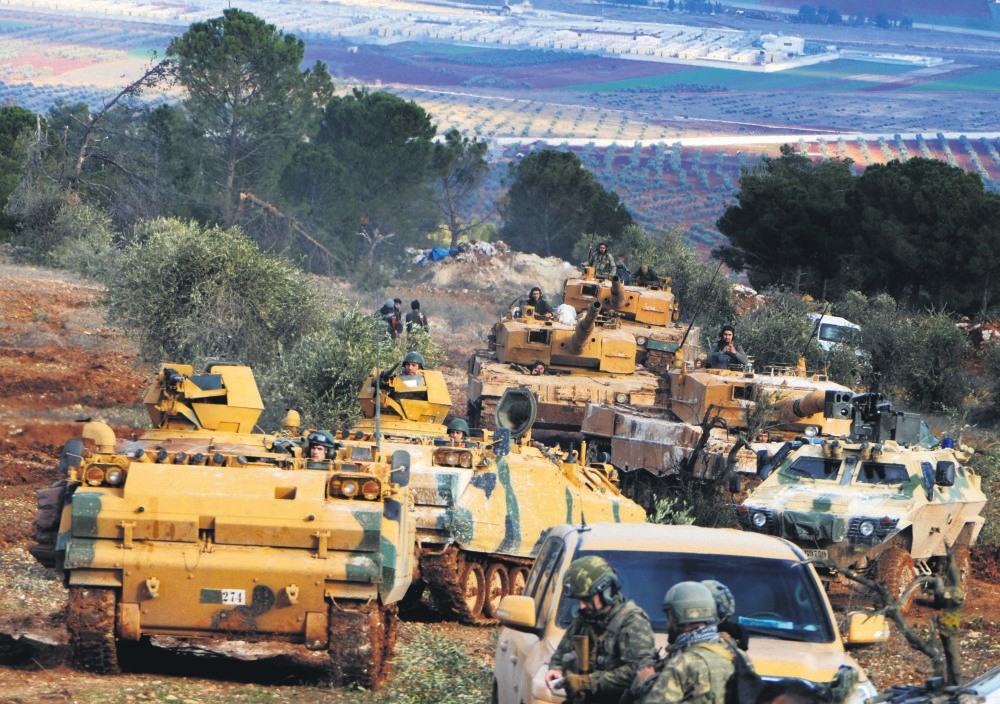 No one took Ankara seriously when it repeatedly complained that the northern Syrian region of Afrin had turned into a PKK terrorist hotbed and threatened to take matters into its own hands. When President Recep Tayyip Erdoğan ordered the Turkish Armed Forces (TSK) into Afrin, those who did not take it seriously were shocked.

When Turkish forces, aided by the Free Syrian Army, smashed their way into Afrin and bombed the city it became clear that the forces of the PKK and its Syrian affiliate Democratic Union Party's (PYD) armed People's Protection Units (YPG) were useless, much to the disappointment of the United States, which claims to be using these militants against Daesh terrorists.

Turkey and its Syrian allies walked over the YPG, killing 1,700 as of now, sending waves of panic through Turkey's adversaries.

The PKK tried everything to stall Turkey from a massive disinformation campaign of slander on social media. None of them worked. The PKK lies were effectively displayed and proven wrong.

When they could not contain the Turkish forces, they tried to use international political pressure on Turkey, but that too did not work.

The international community, including the U.S., which is the mentor of the YPG terrorists, realized that it is only a matter of time before Turkey captures all of Afrin and ends the PYD dominance there.

So at the end of the day they tried a new approach; to involve the Bashar Assad regime in Afrin. They invited Assad to send troops to defend Afrin. These are the same regime forces that attacked the YPG and PYD headquarters in eastern Syria near the Iraqi border when U.S. forces halted the offensive using their superior fire power, killing 300 pro-regime troops that may have also included some Russians and Iranians.

Despite the absurdity of the situation the Assad regime reportedly sat down to bargain with the YPG and PYD. The regime pushed for a hard bargain, which the YPG rejected. Currently, the negotiations are continuing. Apparently, Russia is trying to dissuade the regime from forging any deal with the YPG.

Turkey served notice to its Russian and Iranian friends in Syria that it will not tolerate any deal between the regime and the YPG for the terrorists to prevail.

It is clear that there is a great international chess game being played in Syria, and Afrin is chess game on the side to stall Turkey. It will not work.

Turkey is in Afrin and in other parts of northern Syria exercising its right to secure its borders because the Assad regime has failed to effectively control these areas and had to hand them to Daesh and the PYD. The Assad regime should be thankful to Turkey, because once a political solution is reached in Syria, Turkey will hand over all these areas to the rightful administrators in Damascus.