İnce to 'resume' negotiations with EU 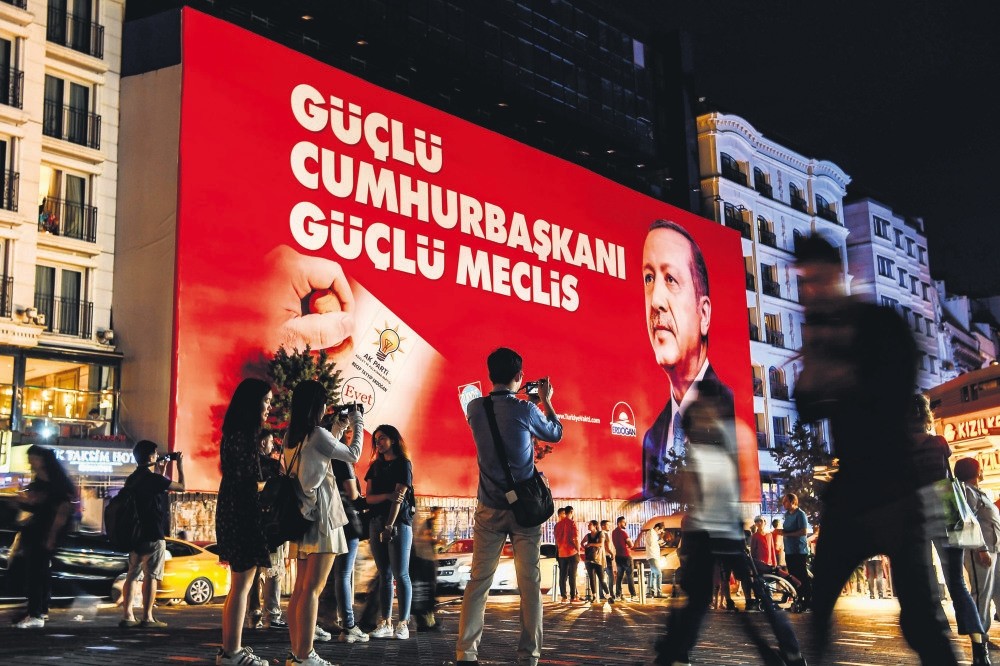 Tourists take pictures of a banner with a portrait of President Recep Tayyip Erdou011fan, Taksim Square, Istanbul, June 19.
by İlnur Çevik Jun 22, 2018 12:00 am

If presidential candidate Muharrem İnce thinks that Europeans will welcome him with open arms as soon as he is elected, he is seriously mistaken

The presidential candidate of the Republican People's Party (CHP), Muharrem İnce, declared in a campaign rally speech that he will "resume" negotiations with the European Union if he is elected president on June 24.

That should be good news for most European Union ambassadors who have been praying for months, if not for years, for the departure of President Recep Tayyip Erdoğan.

Yet, it seems this dream will remain unfulfilled.

First, polls and every indicator show Erdoğan will remain in office for another five years and that İnce will be a nobody soon unless he can find a way to become the leader of his own party.

Second, most key EU countries fundamentally believe that Turkey does not deserve full membership. They instead prefer to keep it at arms-length, just close enough to ensure that their NATO ally remains in the Western fold.

İnce is making a colossal mistake by thinking Erdoğan is the stumbling block for Turkey's full membership in the EU. He has been fed the tale that Erdoğan's so-called human rights record, his attitude toward the press and his general patronage in addition to the Cyprus issue are the basic elements preventing any progress in the full membership negotiations.

This is absolute nonsense. EU countries are simply stalling when it comes to Turkey. In fact, negotiations with the EU have not been officially suspended; so what is there to resume?

It is true that the EU has been unable to adapt to Turkey or its own expansion after accepting Eastern European members as well as the Greek Cypriots. On the contrary, these countries have introduced new, unmanageable problems to the EU, while some members like Greece have used European funds frivolously, ending up bankrupt and needing an EU bailout.Yet, EU countries are still talking about the accession of tiny Balkan countries; thus preventing Russia, China and last but not least, Turkey, from spreading their influence in the region.

However, European attitudes about Turkey have suddenly shifted. No one wants this giant in the fold. They want Turkey as a trading partner thanks to its massive consumer population and for its geostrategic importance, which manifested itself in the Syrian migration crisis.

So if İnce thinks as soon as he is "elected" that Europeans will welcome him with open arms, he is seriously mistaken. If he thinks he will be treated to series of gestures, he is mistaken.But of course, if İnce is planning to cave and cater to key European countries by meeting all of their demands and giving Cyprus to Greece on a golden platter, then forging better ties with the EU could be on the horizon, but the possibility of full membership could be lost forever.

In the end, however, these are just empty promises. The EU knows this; ambassadors of EU countries know this. That is why the ambassador of a tiny EU country was overheard recently insulting the clientele of a restaurant in Ankara late one night saying, "I know you're going to go and vote for Erdoğan again."