Gülen is the biggest loser in the elections 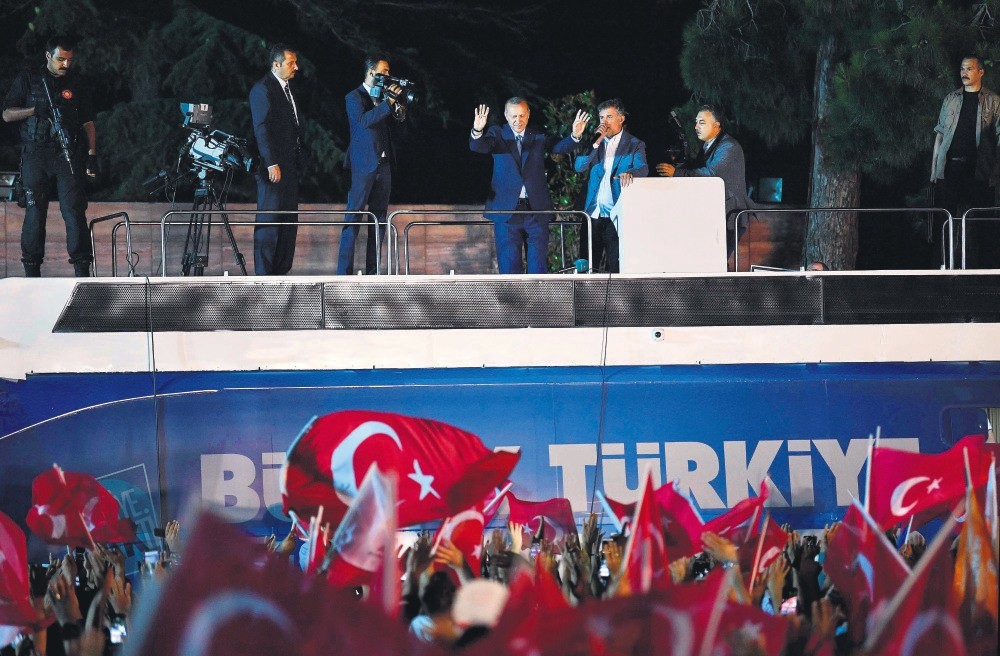 The Gülen gang tried all possible means to influence the results of Sunday's vote, yet joined the list of losers in the end

Gülenist Terror Group (FETÖ) leader Fetullah Gülen, a figure that has spent the last decade trying to topple President Recep Tayyip Erdoğan, has once again failed as the nation gave the president a landslide victory in the June 24 vote.

Gülen, who has sought refuge in the U.S., has done everything, including staging a bloody coup in 2016, to oust Erdoğan and has repeatedly failed.

He even tried to hijack the conservative Nationalist Movement Party (MHP) of Devlet Bahçeli before the coup attempt by installing Meral Akşener as the party's chairperson, but failed. After Akşener was ousted as a MHP member, she and her supporters in the MHP started the Good Party (İP), allegedly heavily financed by FETÖ.

The İP, unlike the other parties, was not represented in Parliament, so it could not benefit from treasury aid for its campaign. Yet, the party dished out millions of liras during the campaign, which allegedly was provided by big businessmen with close links to Gülen.

Thus, in Sunday's elections, she lost, only collecting 7.5 percent of the votes, while her İP won 10.1 percent to grab seats in Parliament.

Akşener is now out in the open. She is the chairperson of the party but has no official job. She is not a deputy and has lost in the presidential race. She can hardly lead the party. Thus, it is now expected that her leadership will be challenged. Hence, the collapse of the Gülen project.Gülen wanted Akşener to win over MHP votes, but Sunday's elections proved that this was just wishful thinking. The MHP held onto its strength in Parliament and as a partner in the alliance with the Justice and Development Party (AK Party), became a kingmaker in the 600 seat Parliament as the ruling party fell seven seats short of an absolute majority. Now, the MHP as an alliance member will help the AK Party regain a majority in the house and thus challenge the opposition effectively.

So, the FETÖ plan to hijack the MHP, marginalize the MHP and to have Akşener elected as president failed.

In the end, Gülen joined the list of losers in the June 24 elections.

The FETÖ campaign to promote a smear campaign against Turkey in the Western media has also failed. The perception campaign that Erdoğan was to lose to the rising opposition in Turkey proved a fallacy. It is clear that Gülen and his followers are now desperate because they are running out of ammunition to use against Erdoğan.

Erdoğan won, and Gülen is the grand loser. Now, it is up to Western governments to decide whether they still want to harbor these criminals or cooperate with the elected government of Turkey to finish off this Gülenist gang for good.