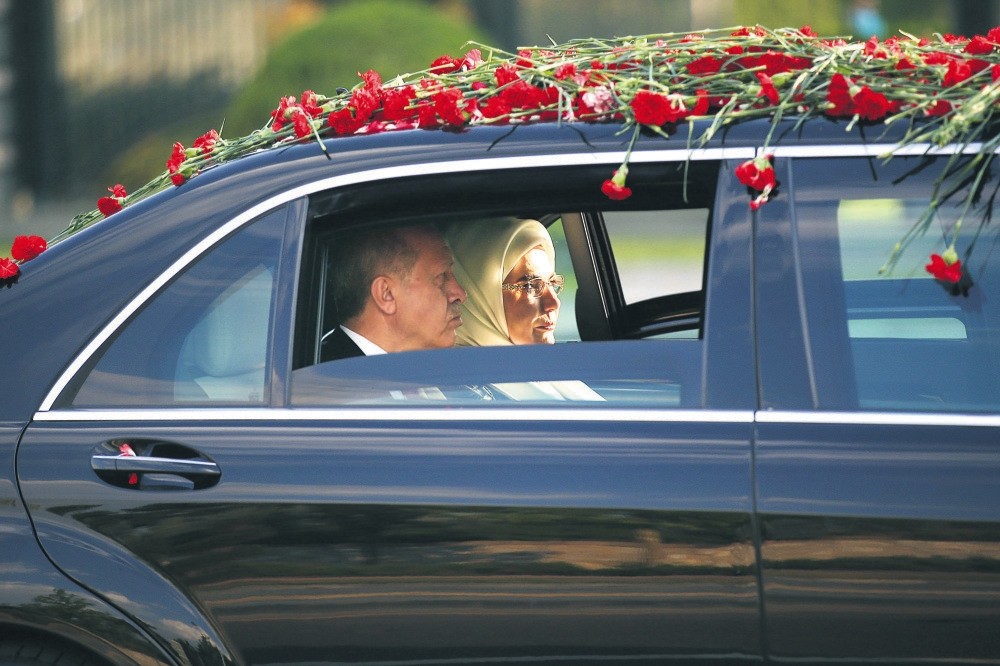 President Erdoğan has lined up a team that is very capable of shouldering the tough tasks, facing the realities and pushing ahead

The new Cabinet announced by President Recep Tayyip Erdoğan is a blend of proven talents from the last one, with a touch of new names who are not only loyal but have also proven themselves in their own fields.

Foreign Minister Mevlüt Çavuşoğlu has worked hard to maintain a very delicate balance, needed for workable relations with the U.S. under adverse conditions in a changing world where the interests of Washington and Ankara have not been the same. He has pushed ahead with Turkey's drive to diversify its relations with Russia, China and India while preserving its strong commitment to NATO. He has had to deal with the situations in Iran, Iraq and Syria in a very volatile part of the globe. He also survived the European Union's repeated salvos against Ankara. All these needed talent and Çavuşoğlu had it.

The same goes for Interior Minister Süleyman Soylu, who has done a fine job against terrorism of all kinds, and Justice Minister Abdülhamit Gül, who returned to the Cabinet despite winning a seat in Parliament, like Çavuşoğlu. Gül had to face the massive task of establishing some order in the judicial system which has been seriously hurt by the Gülenist Terror Group (FETÖ) that staged the July 15, 2016 failed coup attempt in Turkey.

Turkey's state coffers were entrusted to the safekeeping of former Energy Minister Berat Albayrak, who will take over as the new Minister of Treasury and Finance. Albayrak is a young and energetic member of the Erdoğan family. He was also the president's chief aide under very tough circumstances. He is much needed as a loyal and talented member of the Cabinet who can spend the state funds in the right places, at the right time while facing the challenges of a demanding global financial system. He will be the heart of the new Cabinet and a determinant in its success or failure.

Erdoğan wanted all four on his side as he sets out for a tough struggle. So he bolstered his team with new but proven names.

Fuat Oktay virtually ran the former Cabinet businesses as the undersecretary of the Prime Ministry and was the unnamed hero most of the time, doing excellent crisis management. Now, he will become the president's right hand as the vice president. He comes from the private sector and has used his talents in state works. He turned the Disaster and Emergency Management Presidency (AFAD) into a world-recognized institution and was the mastermind behind remodeling the state. He is a kingmaker.

The president has named one of his top, trusted aides Mustafa Varank as the minister of industry and development.

Minister of Education Ziya Selçuk may well be the much-needed blood to revamp Turkey's ailing education system, which is not one of the strong points of past Erdoğan administrations despite much hard work and innovations. As a successful member of the education board, he is privy to all the ills of the system and may have the golden touch to transform it.

The Ministry of Labor and Social Security has been merged with the Ministry of Family and Social Policies, to become one of the vital organs of this government that can propel Turkey to a become a giant or turn it into a dwarf.

The Ministry Labor, Social Services and Family was given to the safekeeping of Zehra Zümtüt Selçuk. She is the daughter of former Tourism Minister Atilla Koç and a successful activist who is well-informed on social problems, family woes and labor issues.

Minister of Culture and Tourism Mehmet Ersoy, Minister of Environment and Urbanization Murat Kurum, Minister of Trade Ruhsar Pekcan, Minister of Health Fahrettin Koca, Minister of Agriculture and Forestry Bekir Pakdemirli are all talented individuals with proven track records and are all capable of making a difference in this Cabinet.

President Erdoğan has lined up a team that is very capable of shouldering the tough tasks – facing the realities and pushing ahead. The time for talk is now over, it is time to take action!