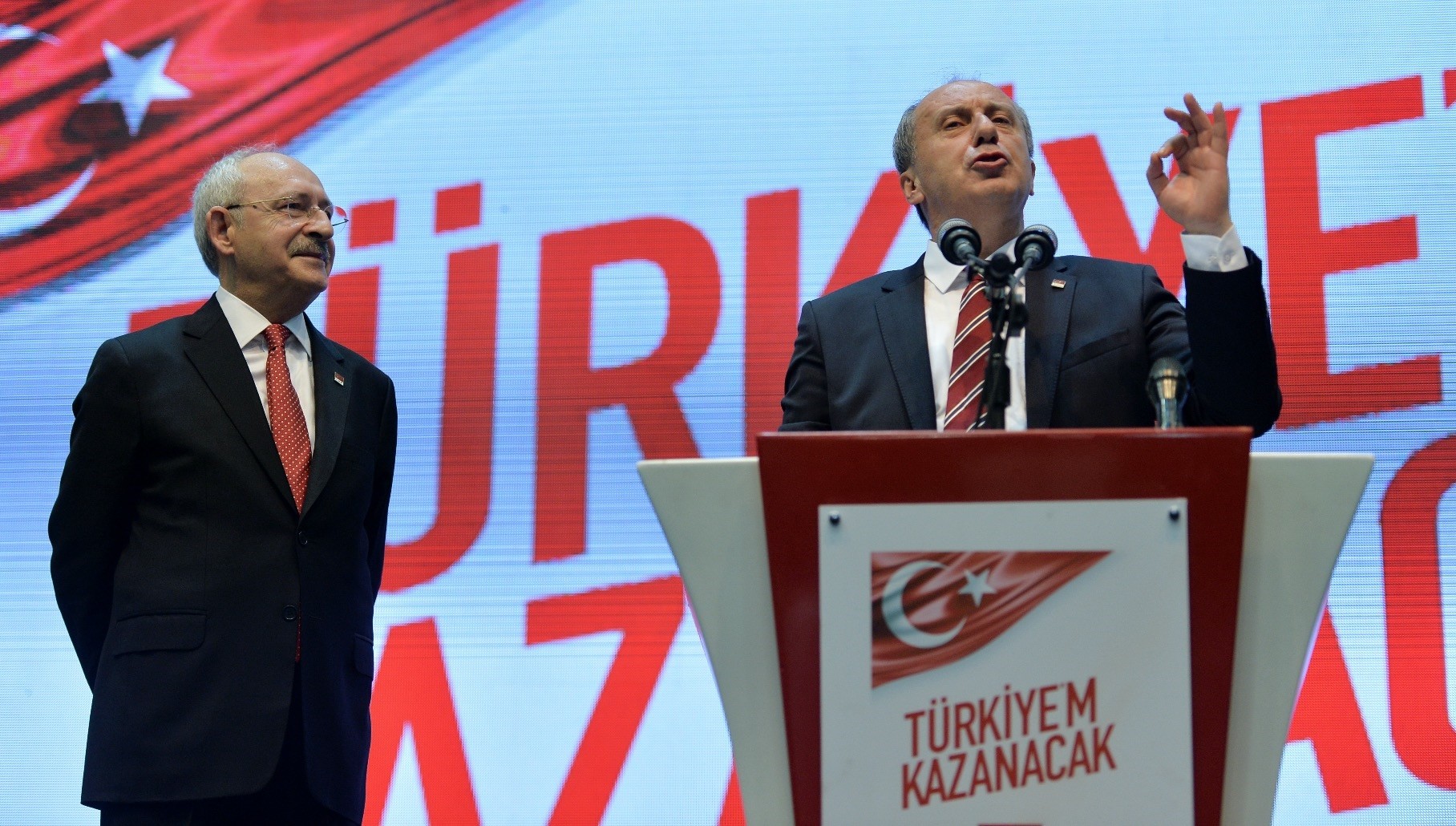 Kılıçdaroğlu continues his old tactics of insulting the president in every possible manner, making ridiculous claims and is simply sinking deeper as he talks

The opposition Republican People's Party (CHP) Chairman Kemal Kılıçdaroğlu seems to be suffering from a very serious mental disorder after his party failed to win in the presidential elections; he lost votes in the parliamentary elections, and none of his past rivals emerged as a strong opponent to dethrone him as party leader.

Kılıçdaroğlu did not have the courage to challenge President Recep Tayyip Erdoğan in the June 24 presidential elections and instead forced his archrival Muharrem İnce to become the presidential candidate for the CHP. İnce lost to Erdoğan and accepted the defeat. However, İnce won five million more votes than the CHP did in the parliamentary elections and thus had the moral right to challenge Kılıçdaroğlu's leadership. He and his supporters are now moving to hold an extraordinary party convention.

So it is only normal that with the elections defeat and İnce breathing hard down his neck, Kılıçdaroğlu is not only feeling mental fatigue but is showing signs of desperation and depression.

His recent statements simply show the state of his mind.

He claims the elections were not free and fair. Yet, his rival İnce conceded defeat in the presidential elections and said Erdoğan had won fair and square. The balloting and then the vote count were conducted under the supervision of the representatives of all political parties including the representatives of the CHP. No one objected to the results, no one claimed foul play…

İnce spoiled Kılıçdaroğlu's initial plans right after the polls to cast a shadow on the results when he declared: "We have lost, and they have won. We have to learn to say we have been defeated if we want to learn from our mistakes and win in the future." Yet, Kılıçdaroğlu has always been in a state of denial after every election and referendum in the years he has been the chairman of the CHP, and he has lost nine polls until now. Thus, now many people in the CHP are up in arms… They want change, but most of the convention delegates are all people handpicked by Kılıçdaroğlu and may remain loyal to him if and when İnce manages to force the convening of a convention to dethrone the party chairman.

If by chance İnce had not made any statement after the results of the June 24 elections were announced, Kılıçdaroğlu was prepared to challenge the results, challenge the Supreme Election Council (YSK) and insult its judges as he did after the April 16, 2017 referendum which he lost… He had planned to create a riot in Ankara by fielding hundreds of left-wing lawyers outside the YSK building. İnce talked and foiled this crooked plan.

Kılıçdaroğlu continues his old tactics of insulting the president in every possible manner, making ridiculous claims and is simply sinking deeper as he talks. He has even gone as far as to claim on Tuesday that the president was hiding in the holiday resort of Marmaris when the coup attempt was staged on July 15, 2016. He forgets that Erdoğan called the people onto the streets to counter the plot, while he and his family defied the jet fighters of the coup plotters to fly to Istanbul as soon as the coup attempt became clear and led the magnificent resistance to end the plot, while Kılıçdaroğlu was hiding in the residence of a local mayor in Istanbul.