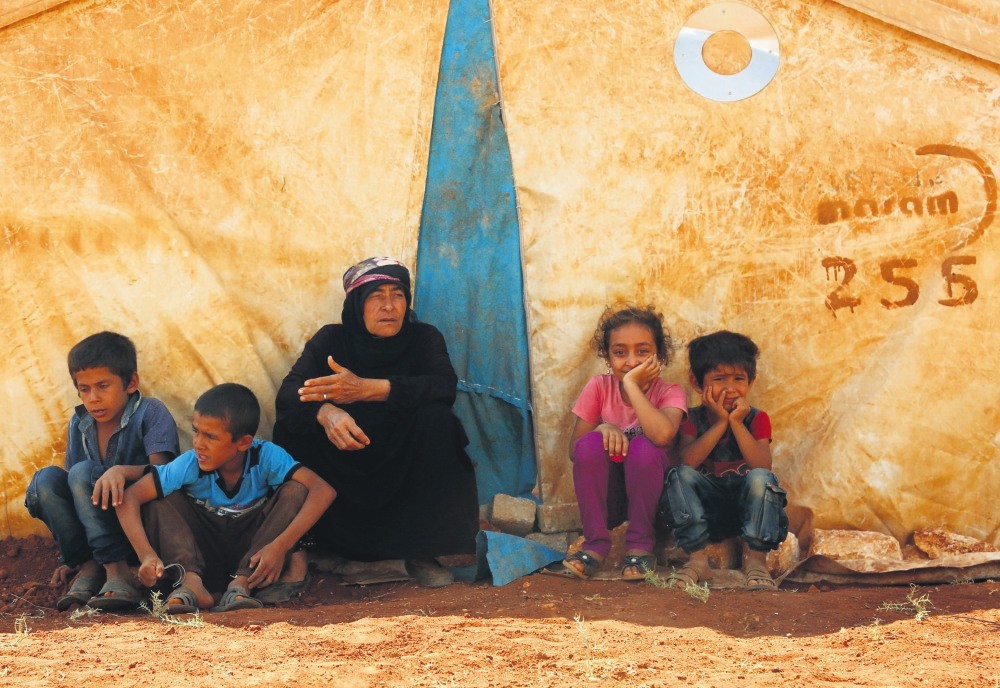 The Tehran summit showed that President Erdoğan is alone in fighting for innocent Syrian civilians, who are doubly victimized by the Assad regime and inaction from regional and global actors

The Tehran summit meeting between Turkey, Russia and Iran was intentionally or unintentionally broadcast live by Iranian TV from beginning to end with great transparency and the world watched all the debates and arguments that took place with deep interest. It was extraordinary and unprecedented.

What was supposed to be a closed-door session after the opening statements of the leaders was open to the public to watch and the world observed in detail the disagreements and proposals that were aired.

What the whole world observed was President Recep Tayyip Erdoğan making a major issue of the plight of the innocent civilians of Syria and the 3.5 million holed up in the Idlib area under siege by Assad regime forces with the help of Iran and Russia facing annihilation.

President Erdoğan said there are radical elements in the area but the Syrian regime is targeting everyone and thus a human tragedy is in the offing. He urged the Russians to stop bombing Idlib and offered the summit leaders to call for a cease-fire in Idlib to allow diplomacy a chance to end the crisis without a bloodbath and thus prevent a human catastrophe.

President Vladimir Putin shot down Erdoğan's request publicly – as he was not aware that the event was being broadcast live – and said the radical groups were not represented at the summit thus their guarantees to stop the fighting were not at the table. So Iranian President Hassan Rouhani tried a middle of the road approach saying the leaders would demand the terrorists to lay down their arms.

The image created from the summit was very clear: President Erdoğan is a leader who cares for the people of Syria, trying to avoid more human suffering and he is a man with humanitarian values. He is the leader who has allowed 3.5 million Syrians fleeing Assad's cruelty to take refuge in his country and has cared for them for seven years – spending more than $32 billion.

In contrast the world realized that Russia and Iran unconditionally back a Bashar Assad regime that has forced nearly 10 million Syrians out of their homes, has reduced the cities of Syria into rubble with the firepower provided by Moscow and Tehran, has used chemical weapons against its own people and has forced six million people to flee the land to neighboring countries.

Assad has no interest in actually ending the presence of radicals in Idlib. All he wants is to take the area by force and thus claim sovereignty over a majority of land in Syria. So what happens to its 3.5 million population is not really of any concern to him. As far as he is concerned they could all perish or flee to Turkey.

This is the mentality that Iran and Russia are trying to keep in power in Damascus.

The Americans, on the other hand, have used the PKK terrorists intentionally to grab a chunk in the Western parts of Syria where the country's oil and gas deposits lie. Their claim to push Daesh out of the area was a smokescreen to grab the energy reserves and thus maintain their own dominance over a chunk of Syria. That is why they never accepted pushing Daesh out Western Syria with Turkey. They did not want the Turks anywhere near these reserves which are vital for Syria.

What is sad is that at the end of the day we see that no one except Erdoğan and Turkey care for the Syrian people or their future.