The world does not believe the Saudis 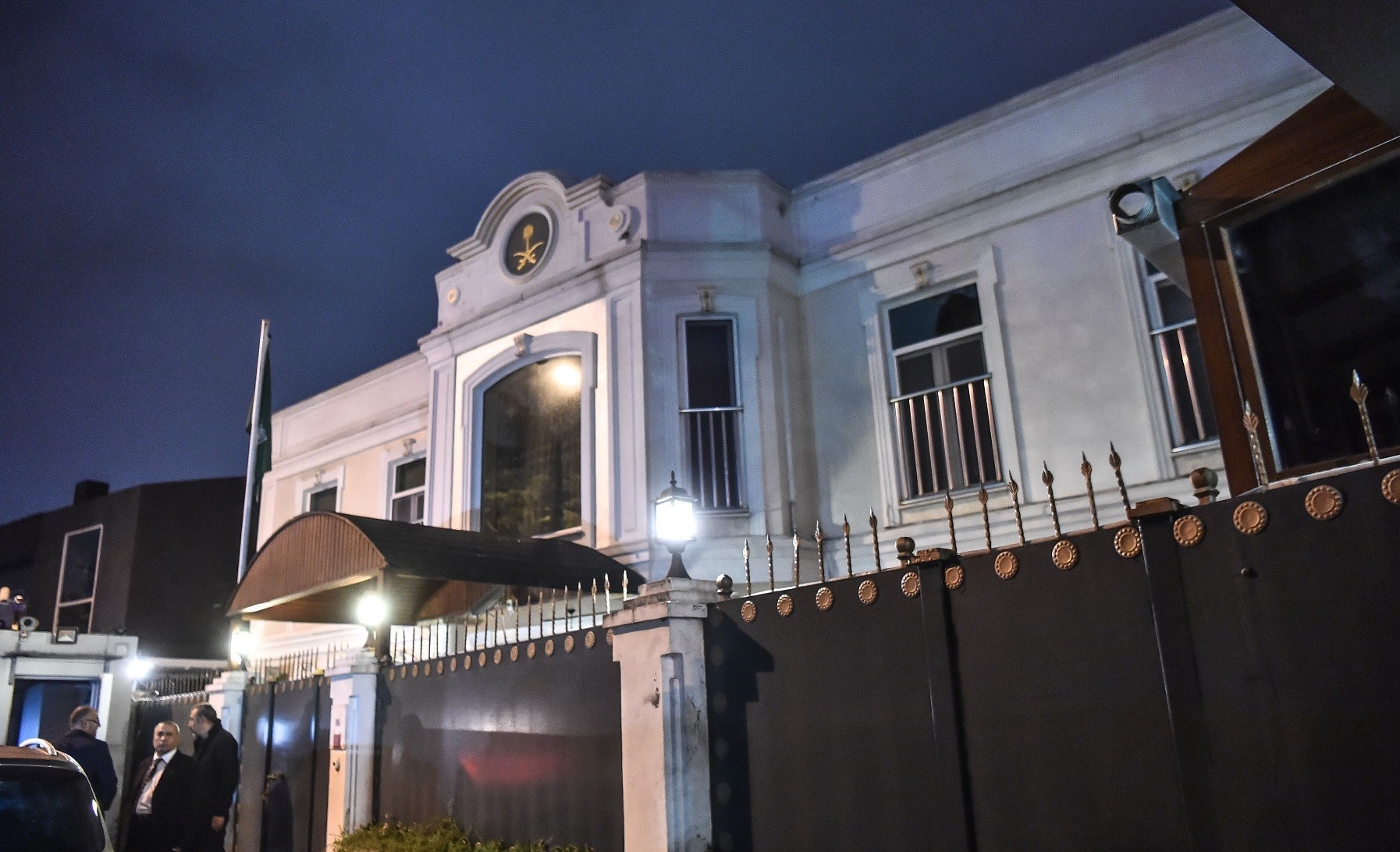 Security guards from the Saudi Consulate in Istanbul wait in front of the Saudi Consul's residence on Oct. 16, the day after Turkish police and prosecutors searched the consulate building.
by İlnur Çevik Oct 24, 2018 12:00 am

The Khashoggi murder will linger like a curse, which will haunt Mohammed bin Salman throughout his journey to become the new king of Saudi Arabia

Journalist Jamal Khashoggi entered the Saudi Consulate in Istanbul on Oct. 2 and never emerged again. For days, there was speculation that he was either abducted or killed at the consulate. The Saudis denied any wrongdoing and acknowledged that Khashoggi had entered the consulate but said he left the building a short while later.

But Khashoggi was not an ordinary person. He was a dissident who had a column in The Washington Post and an internationally revered journalist.

No one was convinced by the story the Saudis were trying to sell to the world and as the massive investigation into the case deepened, they realized their flawed tale would not stand up to scrutiny.

In the end, they had no choice but to admit to that Khashoggi died at the consulate. They said there was a brawl and the killing was the result of a "negotiation" that went wrong. They also said the dead body of Khashoggi was carried out of the Saudi mission and handed over to a "local" person friendly to the kingdom. Now no one knows what happened to the body of the murdered journalist.

The Saudis have too much to explain to the international community and what is sad is that they are doing a very poor job of it. Their explanations, alibis and statements are full of contradictions that keep adding to the massive fiasco Riyadh is facing.

It is a fact that the Saudis gave Khashoggi an appointment to visit the consulate in advance as a ploy to prepare a band of 15 Saudi experts flown in from the kingdom to "interrogate" him; thus, when Khashoggi entered the mission, he was "interrogated" by the so-called "negotiators" and suddenly perished.

The Saudis claim their "negotiators" panicked and thus tried to get rid of the body. They claim this was an "operation" that went wrong and the Saudi royal family, especially Crown Prince Mohammed bin Salman (also widely known as MBS), had no knowledge of the ordeal.

Yet, all the discrepancies and all the flaws in the arguments presented by Saudi authorities have only made matters worse for them in the international arena.

The people now suspected of having killed Khashoggi are the right-hand men of the crown prince and have been used in numerous operations in the past. They were the ones who silenced businessmen and other members of the royal family to help MBS create his totalitarian set up. They are the ones who have been used in numerous clandestine operations, and the international community is well aware of this.

It is a futile gesture trying to distance the crown prince from the monstrous atrocity that has been committed by the Saudis at their consulate in Istanbul. The international community is convinced that the crown prince is involved in this mess. Anything said to the contrary will be an empty effort to cover up the mess created by a clumsy Saudi clandestine operation.

U.S. President Donald Trump may try to stand up for MBS so Washington can use him for its plans against Iran; however, from now on, wherever the crown prince goes, he will be regarded as the man with Khashoggi's blood on his hands.