Conflict in Yemen and nuclear negotiations 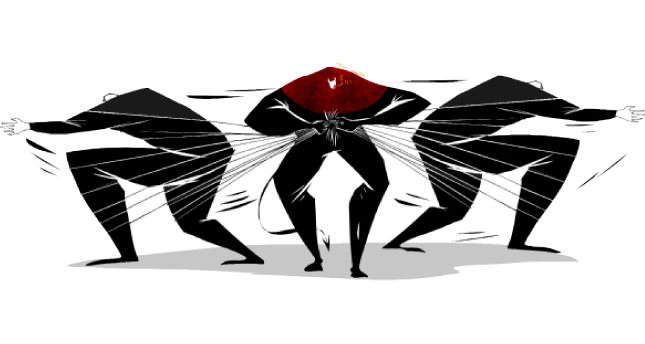 Tension has been escalating in Yemen since U.S. forces withdrew from the region. Now, as Iran extends its support to Shiite militants and the Saudi-led coalition conducts airstrikes on strategic positions, the situation is getting out of control in the country

When the Saudi-led coalition of Arab forces launched strikes on Houthi rebel targets in Yemen, only a few were totally shocked about the development. Maybe the use of airstrikes and direct military intervention was surprising for some, but it was a well-known fact that the Saudi government will not allow the control of Yemen, a key geopolitical chokepoint, to be under control of the Iranian-back militias in the country. The evacuation of U.S. special operations forces from Yemen, which was considered a success story in the fight against terrorism by the administration of U.S. President Barack Obama a few months ago was another sign that the Gulf countries are now on their own in Yemen and they will consider taking action as soon as possible. The extent of support for the attacks on Thursday from countries including Pakistan and Turkey demonstrated the accumulated reaction to Iran and Iranian-backed groups in the region from the countries in the Middle East. It also demonstrated the increasing isolation of Iran because of its policies in the region, especially in the last few years.

The Iranian government, especially with the beginning of demonstrations in Syria, has played a very critical role in the escalation of violence and spread of the conflict in the country. Iranian advisors, trainers and later, active duty officers, assisted the regime of Syrian President Bashar Assad on cracking down on protesters and opposition members with force and contributed to the deterioration of humanitarian conditions in Syria. In later phases, Iran also facilitated increasing the involvement of Hezbollah in the conflict and accelerated the sectarian dimension of the conflict in the country.

While conducting these policies, the Iranian regime has also engaged in an intense dialogue with the P5+1 - the five permanent members of the U.N. Security Council and Germany - on its nuclear program. While the new faces of Iranian diplomacy launched charm offensives in the Western media, the Iranian Quds Force was contributing to one of the worst oppression campaigns in the world for decades. The attempt to integrate Iran into the international system through nuclear negotiations took place in direct contradiction with the expansionist and sectarian policies of the country in the region. However, despite this reality, most of the criticism regarding the Syrian crisis and involvement of foreign powers was directed against countries such as Turkey and Qatar. While Iran was the country that provides and sponsors foreign fighters in the Syrian civil war and which actually officially contributes to the forces on the ground, Turkey was put on the spot for not securing its borders.

With the rise of the Islamic State of Iraq and al-Sham (ISIS) in the region, Iran quickly started to claim a new role in the fight against the terrorist organization. Especially in Iraq, Iranian militias emerged in the fights against ISIS. This was actually endangering the situation in Iraq at a critical juncture of its history by consolidating sectarian fault lines around the country.

On top of all these actions in Syria and Iraq, the rebel groups in Yemen started to be more closely supported by the Iranian regime, which brought the country to the edge of a full-scale civil war. Especially in recent weeks, these groups started to expand their territories and achieved the invasion key cities.

All of these activities by Iran took place in front of the eyes of the international community. Increasing views have emerged in the region regarding the Iranian goal in the Middle East. The international community, while continuing to pursue a nuclear deal with Iran, which is being supported by almost every nation in the region, also needs to understand that a region that is being greatly destabilized by Iran poses grave risks not only to the people of the region, but also to international security as a whole. What is taking place right now is more than a geopolitical competition between Saudi Arabia and Iran. So far, Iran used every opportunity to destroy stability in the region, but did not contribute in any meaningful way to the formation of peace and prosperity. Iran should understand that it will be in the same boat with all other countries in the region and international recognition and integration will not bring peace and prosperity for Iran and its proxies if it continues to turn the region into a sectarian battlefield.