Natural disaster as the common enemy of Asia 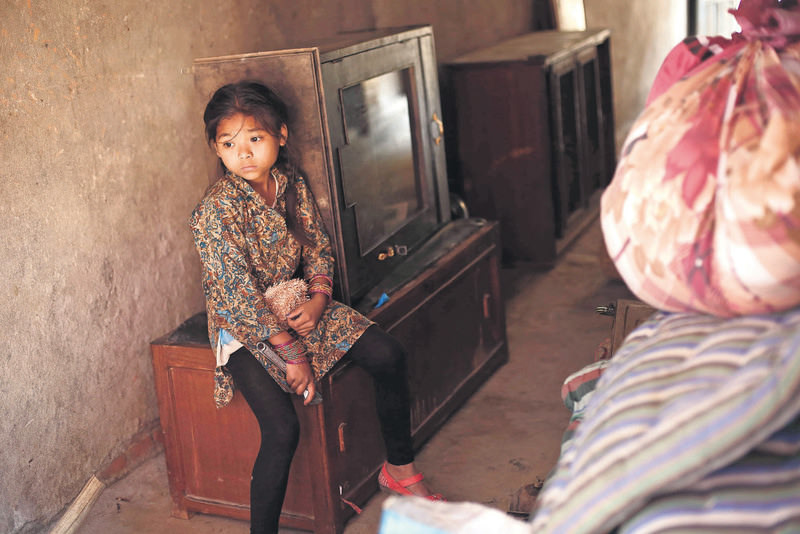 The earthquake in Nepal revealed how the country neglected to take the necessary precautions for such a disaster. This should urge other countries in Asia to initiate a long-term preparation plan for natural disasters

Asia-Pacific is considered one of the most unstable regions of the world. There are different destabilizers in the region including the unresolved territorial disputes, regional power struggles and historical conflicts among several major powers in the region. In recent years, especially the Senkaku Island issue has become a potential source of conflict between China and Japan, two major economic powers of the world. Other territorial disputes over islands, including Spratly Islands, Paracel Islands, Takeshima Islands, are regarded other potent areas of confrontation among different actors in the region. In addition to the competition between emerging and existing powers in the region, there are also some historical problems that flare up at least rhetorical confrontation between states.

These are all significant sources of instability for a region that now controls more than 50 percent of the international trade and hosts more than 50 percent of the world population. Today, during the discussions of the future of Asia, usually these issues are taken into consideration. However, there are some other potential destabilizers for the region, which necessitates a special attention. Especially, in recent years, the natural disasters that took place in Asia demonstrate that in the long run, these disasters can generate the death and destruction as well as instability to the countries and peoples of the region. The major actors in the region need to launch some initiatives in the region in order to form a working relationship to build an effective capacity to deal with disasters.

The earthquake in Nepal, which caused the death of more than 8,000 people and displacement of millions of Nepalese so far, should be considered another wake up call for the countries in Asia. Although the country was located on active seismic zones, it turns out that it was not very prepared or did not plan to deal with a strong and expected earthquake. In the last few years, different earthquakes shook different parts of the region and caused the death of hundreds of thousands of people. For instance, 10 years ago in an earthquake in Sumatra, Indonesia almost 300,000 people died both as a result of the earthquake and the following tsunami. The destructive effects of the tsunami reached India, Sri Lanka, Thailand and Myanmar and thousands of people died in these countries as well. Following this, in an earthquake in Sichuan, China, the second largest economy of the world, almost 80,000 people died in 2008. Despite its economic prowess, the country was proved to be unprepared for such disasters. Three years later, this time in Japan, which has been considered one of the well prepared nations for an earthquake, the Tohoku Earthquake resulted in the death of almost 20,000 people and huge tsunamis led to almost a radioactive disaster as a result of the impact of the waves on the Fukushima nuclear reactor. The country, despite high preparedness and rapid response, is still trying to deal with the impact of this disaster. Earthquakes are of course not the only natural disasters in the region. Recent typhoons in the Philippines and the floods in Bangladesh are all different forms of disasters that the people in the region need to endure. Furthermore the health crisis in the region as a result of epidemics, such as SARS, which spread to the world through this region, demonstrated another form of trouble for the whole region.

Although both in the case of earthquakes and epidemics, international organizations responded fairly rapidly to deal with the crisis, all these disasters in this part of the world demonstrated the necessity of a rapid and an effective response, as well as an awareness and preparedness in Asia. This response requires the states in the region to leave aside their bilateral problems and try to develop a regional framework. As we see in the Indonesian Earthquake, the fault-lines and tsunamis cut across the borders and do not recognize or respect the territorial sovereignty of other nations. This framework will not only be useful for dealing with the different form of crises and disasters in the region. In the long run it can play roles beyond the emergency and disaster management and can be one truly regional enterprise that is based on a shared threat perception for all of the countries in the region. This can play an important role in the regionalization in Asia by generating a common identity through increasing interaction and socialization of experts, relief workers and bureaucrats. It may even pave the way for the spillover of this cooperation in other realms as well. Perhaps for the long overdue regional integration in Asia, what we need is the integrative frameworks and umbrella initiatives of the experts and relief workers to deal with the disasters of the region.