Turkey and the fight against ISIS 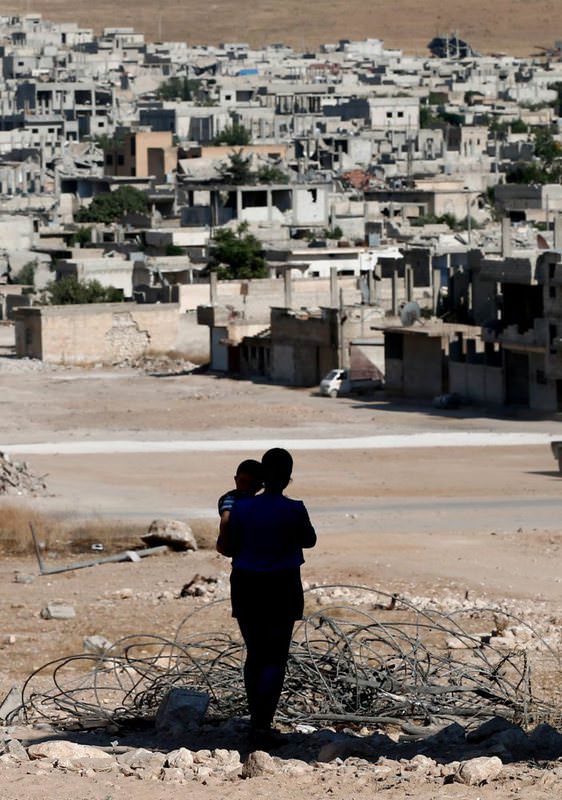 With the attack on a gathering in Suruç, the fight against terrorism in Turkey and in the region has entered a new era. Although some criticized Turkey for not doing enough to fight the Islamic State of Iraq and al-Sham (ISIS), for the last 18 months, Turkey fought ISIS with increasing intensity. There have been various turning points in this war against ISIS. The ISIS attack on Turkish security forces in the city of Niğde last year in March was one of the turning points in this struggle. Even before it became a major issue for regional and international security by invading Mosul, ISIS targeted Turkish security forces, which made the Turkish security establishment realize the need to take some significant measures against the terrorist organization. After the ISIS attack on Mosul, which for the first time truly attracted the attention of the international public about the rise of ISIS, the first country that faced the ISIS threat was Turkey. ISIS attacked the Turkish Consulate in Mosul and took Turkish citizens in the consulate building as well as the consulate employees, including the consulate general of Turkey in Mosul. The hostage crisis continued for more than three months and during this crisis everybody in Turkey understood the threat that ISIS posed to the region and Turkey. As a result of these attacks, Turkey became the victim of one of the first ISIS attacks outside Iraq and Syria, and with the Mosul attack, Turkey became the first country whose mission was attacked by ISIS. In the meantime, ISIS also slowly engaged in actions that would strengthen the regime of Syrian President Bashar Assad. In most circumstances ISIS preferred to act against the opposition instead of the Assad regime. This was also in direct contradiction with Turkish policy on Syria. Following the hostage-taking incident, the Turkish government found itself in a debate on how to fight ISIS. There was an increasing degree of criticism of Turkey's insufficient actions in fighting ISIS. However, Turkey faced three different faces of ISIS at the same time and wanted to come up with a comprehensive plan to eliminate the group. In a very short period of time, security forces were targeted in Turkey, Turkish diplomats were taken hostage in Iraq and ISIS started to act almost in cooperation with Assad's forces on the ground. Thus the fight against ISIS necessitated a counter-terrorism strategy that would degrade ISIS but also protect the countries bordering ISIS-controlled areas, and it also required a more comprehensive strategy through training and equipping Syrian opposition members and forming safe zones to protect these members from regime airstrikes. Many analysts endorsed such a strategy because ISIS started to gain more complicated characteristics and started to evolve rapidly into an amalgamation of a terrorist group, insurgency and an army.

The Kobani crisis resulted in one of the major crises between Turkey and the U.S., the leading country of the international coalition against ISIS. Some started to believe that the Democratic Union Party (PYD) and its armed People's Protection Units (YPG) could be Kobani's savior from ISIS and Turkish hesitance to endorse the Kurdish organization, whose armed group is considered a terrorist organization by Turkey. This is regarded as the reason for Turkey's reluctance to fight ISIS. Despite Turkish support for the civilians in Kobani when they fled as well as its decision to allow the passage of northern Iraq's Kurdistan Regional Government's (KRG) peshmerga forces to Kobani, it was portrayed as a country that endorses ISIS. This perception was very much utilized during the general elections campaign by the Peoples' Democratic Party (HDP) in order to mobilize Kurdish voters in support of the party.

In the last few months, however, the fight against ISIS started to be re-evaluated both by the international coalition and Turkey. The U.S. realized that the fight against ISIS with the support of the YPG forces could only be successful along the Turkish-Syrian border and with air cover provided by the international coalition. Following the crisis in Tel Abyad many analysts started to discuss the overstretching of the YPG forces. With a possible extension to Afrin these forces could be weaker and less willing to fight ISIS. Thus it would necessitate a broader coalition on the ground that could balance and surpass the center of gravity of ISIS. Secondly, the bombings in Kobani and later in Suruç demonstrated that ISIS could easily adapt to changing circumstances when they are defeated in frontal wars and go back to their basics of terrorism. Fighting such a complicated organization needed more sophisticated intelligence sharing, a more assertive homeland security in source countries and a resolution of the conflicts on the ground.

With the attack in Suruç Turkey's confrontation with ISIS entered a new period. One more time people in Turkey became the victim of this organization. Instead of defensive measures, Turkey started to launch pre-emptive strikes on ISIS. This decision also coincided with an agreement with parallel decisions between Turkey and the international coalition. At this point these pre-emptive strikes and strikes of the international coalition need to be considered as a temporary measures to keep ISIS away from attacking Syria and Iraq's neighbors. In the near and distant future the aforementioned issues need to be taken into consideration while making plans for the honeymoon.