Lessons from the Obama administration 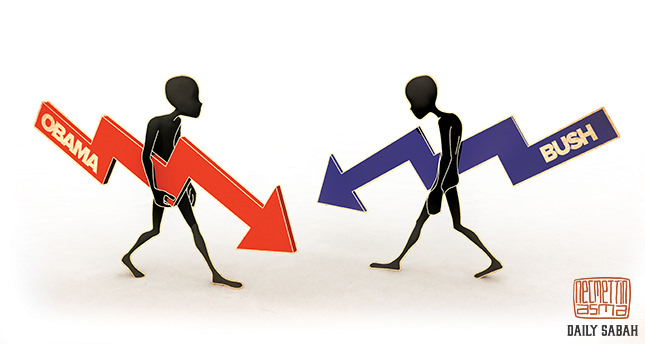 As the U.S. elections approach, every major think tank in Washington has started to publish reports recommending different policies for the next U.S. president. Although there is very strong criticism of President Barack Obama and his administration's foreign policy record, one also needs to take some lessons about U.S. foreign policy from the last seven years. The challenges that this administration has faced left a significant to-do and not-to-do list for the incoming administration.

First of all, this administration's foreign policy demonstrated that the next administration, regardless of its ideological or political leanings, should not try to be anti-Obama in each and every region of the globe. In the last seven years, the Obama administration's attempt to "de-Bushify" foreign policy went to extremes and took the United States all the way to a position that started to be described as a retreat, retrenchment or even as isolationist by some. In fact, while trying to avoid the mistakes of the previous administration, Obama's foreign policy team overplayed the anti-Bush card. Because of that, the Iraq war and the mistakes of President George W. Bush's administration before and during this war constantly haunted the Obama administration. The Iraq war was first a reminder of the consequences of wrong decisions in national security policy. Later, however, in part because of its domestic repercussions, it became almost an excuse in responding to criticism of U.S. inaction in the conflict in Syria.

At each and every turning point in the Syrian civil war, in statements and interviews, the representatives of this administration tried to emphasize the consequences of the Iraq war in order to legitimize their position about Syria. In his last televised interview, Obama reiterated that the Iraq war was a mistake while answering questions on Syria. This was also very obvious in the latest long interview of Ben Rhodes, probably one of the closest members of the administration. In the New York Times Magazine David Samuels wrote that "Iraq is his [Ben Rhodes's] one-word answer to any and all criticism." It became a talking point for members of the administration to use this analogy to explain inaction in Syria. By trying to correct the mistakes of the previous administration by doing the exact opposite did not bring solutions to those mistakes. They were just considered incorrect historical analogies.

Secondly, raising expectations without any concrete plan on how to deliver on promises and expectations destroyed U.S. credibility around the world. Obama seemed content with the high expectations from his presidency after he won his first election. In the Middle East, his Cairo speech was one of the best examples of how he raised the expectation of the region's people. After the speech, many in the region expected a more engaged and involved U.S. president. However, after a short time, it was revealed that the administration showed inclinations to disentangle from the region. Lack of interest in the politics of the region and inaction during the instances of major crises were the reflection of these disengagement policies. Later we saw that expectations increased again during the Syrian crises with different statements from Obama. The Obama administration somehow considered that rhetoric and speeches were major vehicles on their own. However, when they were not sufficient to stop one of the most horrendous episodes in recent history in Syria, there was not much action to back the rhetoric. Because of that, the rhetoric lost its limited deterrent value over time. Going back to the first days of his administration and when Obama expressed his eagerness to open a new page with the people in the Middle East, it significantly raised the people's expectations of the U.S. in this region.

When these high expectations faced with low returns, however, we started to see significant disappointment and reactions against the U.S. We later learned that Obama did not have much of an intention to engage in the region. In the same piece about Rhodes, Samuel wrote how from very early on the U.S. launched policies to disengage from the Middle East. Accordingly, "[b]y eliminating the fuss about Iran's nuclear program, the administration hoped to eliminate a source of structural tension between the two countries, which would create the space for America to disentangle itself from its established system of alliances with countries like Saudi Arabia, Egypt, Israel and Turkey. With one bold move, the administration would effectively begin the process of large scale disengagement from the Middle East."