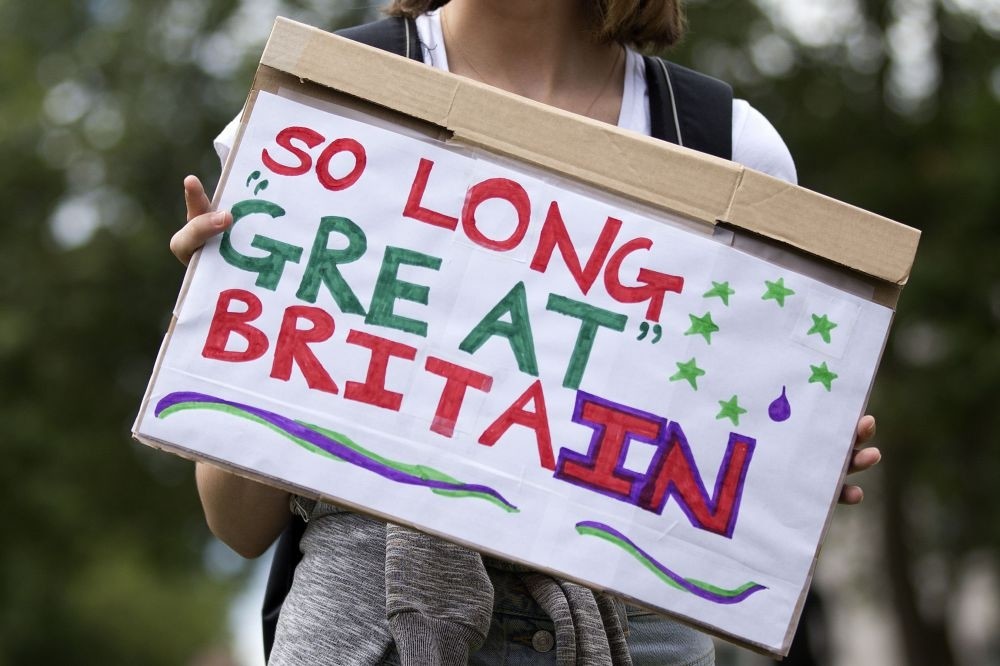 Although people voted in the referendum in Britain for different economic and political reasons, the ideological and identity-related outcomes of the referendum will haunt debates about the meaning and future of the European Union.

The debates in Britain on its membership and the result of the referendum last week are reminiscent of Nobel Prize in literature laureate Jose Saramago's novella "The Stone Raft." In the novel, which was published in 1986 while the Cold War was still ongoing, after an earthquake, a large chunk of the European continent that includes Portugal started to drift away from the mainland. Shortly thereafter, the peninsula became an island and started to float across the Atlantic Ocean. This incident triggered significant developments on the island, including an economic crisis and political chaos in the country. As the island floats in the ocean, the members of the European community also launch a major set of debates about the geography, politics, economy and identity of this newly formed island. The questions about the nature of this territory and its identity and belonging start hotly contested discussions across Europe. For many, the floating island was not part of Europe geographically and some in the novel and the main characters of the plot try to develop a new identity. A significant part of these debates on the future of the new island was in Britain. Especially the sovereignty of the Gibraltar, which has been a source of tension between Britain and Spain for years, is also raised in the story. The debate within the House of Commons on the new island takes place as follows:"At this point, the music stopped, the announcer began to read the news, there was nothing fresh to report, the only item of any interest, was a bulletin from London, the Prime Minister had gone to the House of Commons to state, categorically, that British sovereignty over Gibraltar warrants no discussion, whatever the distance separating the Iberian peninsula from Europe, to which the leader of the opposition had added a formal guarantee promising the most loyal cooperation from his fellow members and party, 'at this great moment in our history.' "

The more ironic part of this debate in Britain is the fact that Britain itself is an island that did not have to go through the same type of debates about its identity and belonging. The opposition leader of parliament who fully supported the prime minister also has something to say about this:

"But he then introduced a note of irony into his solemn speech, eliciting laughter from all the honorable members. The Prime Minister committed a serious mistake by speaking of a peninsula when referring to what is now unquestionably an island, although by no means as solid as our own, of course."

Thirty years after the publication of this novel, Britain finds itself in the midst of debates about its identity and place in the future of the European Union. This debate took place 70 years after Prime Minister Winston Churchill made his historic call for a "United States of Europe." In his famous speech at the University of Zurich, he provided this as a solution for the wars and conflict in Europe. In this frequently cited speech he said: "Yet all the while there is a remedy which, if it were generally and spontaneously adopted, would as if by a miracle transform the whole scene, and would in a few years make all Europe, or the greater part of it, as free and as happy as Switzerland is today. ... It is to re-create the European Family, or as much of it as we can, and provide it with a structure under which it can dwell in peace, in safety and in freedom. We must build a kind of United States of Europe." This statement was used as a source of inspiration by many of the founding figures of the European Union. However, 70 years after this speech, Britain finds itself in a different setting in which it may launch the EU's dissolution.

"The solid island" went to the polls last week, and with a slight margin, voted in favor of leaving the European Union. The early shock of this decision generated different analyses both about the future of Britain and future of the European Union. Debates about the economy and trade were the most prominent. Although in most instances the campaign to remain and to leave took place in the context of economic developments, there were many issues pertaining to identity, which includes the issue of immigration, and Turkey's potential membership to the EU. The implication of this referendum will also have outcomes related to debates on British and European identity. The domino theory may be too alarming at this point, however we may continue to see the rise of nationalism in different parts of the European Union. The British experience about the separation may generate a model for other Eurosceptics across the continent. Just like the debates in Saramago's novel, we can see debates about the identity of the European Union. And as mentioned above, Britain's decision might be another fateful moment in the history of the European Union.