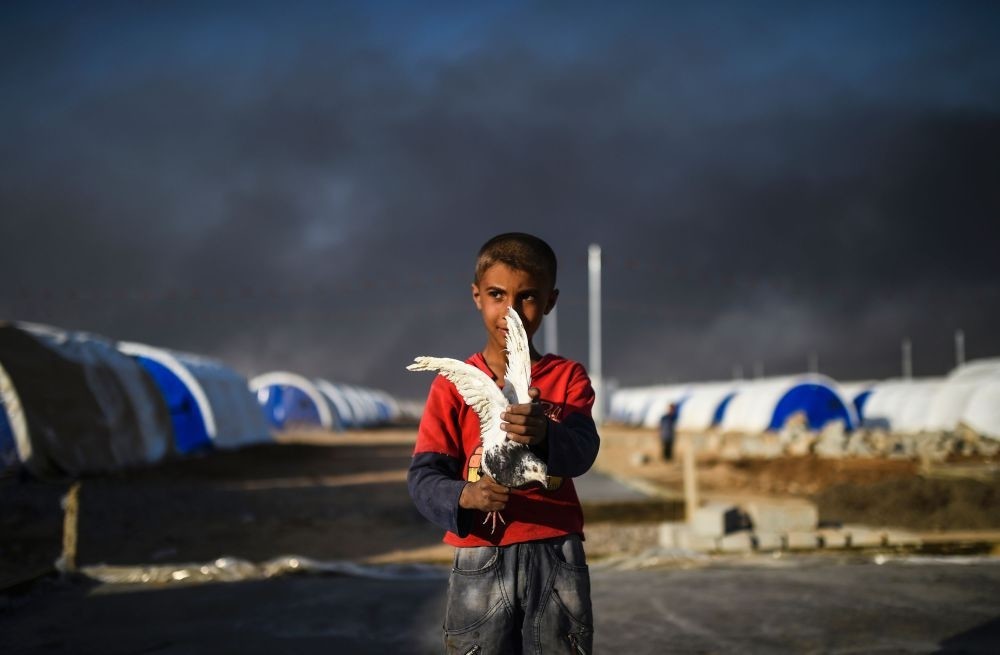 There is increasing debate in Washington, D.C. about recent operations by Turkish security forces along the Syria border and now FSA-controlled territories against People's Protection Units (YPG) forces. It is not difficult to see the surprise among many U.S. experts when they launch conversations about Turkey bombing "our guys" on the ground. They are seriously concerned about YPG forces and if Turkish forces will continue to attack.

Although there are still some who insist on naming bombed targets as the Syrian Democratic Forces (SDF), it is obvious that they are YPG forces. It is also becoming increasingly clear that despite all the guarantees and warnings from the U.S. administration, the YPG is signaling that it is a force that will be hard to control as it becomes more powerful. Instead of fighting against Daesh, the YPG is increasingly going back to its default settings and pursuing its own agenda of extending its controlled territories in northern Syria, creating further difficult test for already strained U.S.-Turkish relations as well. The last time during the visit of Vice President Joe Biden, the U.S. administration made it very clear that the YPG forces should withdraw to the east of Euphrates or U.S. administration will stop any form of military assistance to the YPG forces.At that time, the Turkish government and public opinion considered this statement as a positive step in regards to the U.S. understanding of Turkish concerns about YPG expansionism at the expense of local people and its significant threat to the security of Turkey.However, these expectations were not fulfilled. Since then, there have been no positive steps either in Manbij, where YPG forces are supposed to leave the territory to its real owners, local people who have been living there, following its recapture from Daesh with the help of international coalition forces or the end of the YPG's claims and increasingly provocative actions in northern Syria. In the absence of these steps, there are two possible interpretations of the current situation in regards to the YPG. The first concerns significant failure of the U.S. administration to deter the YPG. The vice president's warning is not working or not being taken very seriously by the YPG at this point, which is a serious threat for the security of Turkey and stability in the region. YPG forces have already distressed local Arab people due to their policy of territory control and population engineering. Resurging PKK violence and increasing U.S. assistance to the YPG already concerned Turkey, as arming a terrorist organization was already a serious problem. The fact that the organization is getting out of control generates a more serious condition for the region as a whole.

The second interpretation is that the U.S. does not take into consideration the security of its NATO ally and possible destabilization of its partner in the fight against Daesh. Thus, despite clear violations by the YPG to U.S. warnings, the U.S. is not acting decisively to compel or deter the YPD from repeating those attempts. So far, despite Turkey's protests, U.S. support has not diminished but increased and more significantly in the presidential debates, front-running candidate Hillary Clinton reiterated multiple times that if she becomes president, she will continue to support and arm YPG forces. It may sound like politics not policy for many in Washington, D.C.; however, its perception in Turkey is taking a different turn as the mutual trust between two countries declines rapidly. Endangering the security and safety of one of its NATO allies through a strategy that receives conflicted assessments will have long term consequences for the alliances of the U.S.

One thing that should not surprise anyone in regards to Turkey's policy in northern Syria is the future operations of Turkey against YPG and Daesh targets in the region without any discrimination. Although the U.S. is helping one terrorist organization to destroy another without any plan what to do with the empowered, trained, armed, and legitimized second terrorist organization, for Turkey the risks are too big to wait and see. The operation of Turkish forces against YPG targets will continue if YPG forces do not pay attention to the concerns of Turkish authorities.