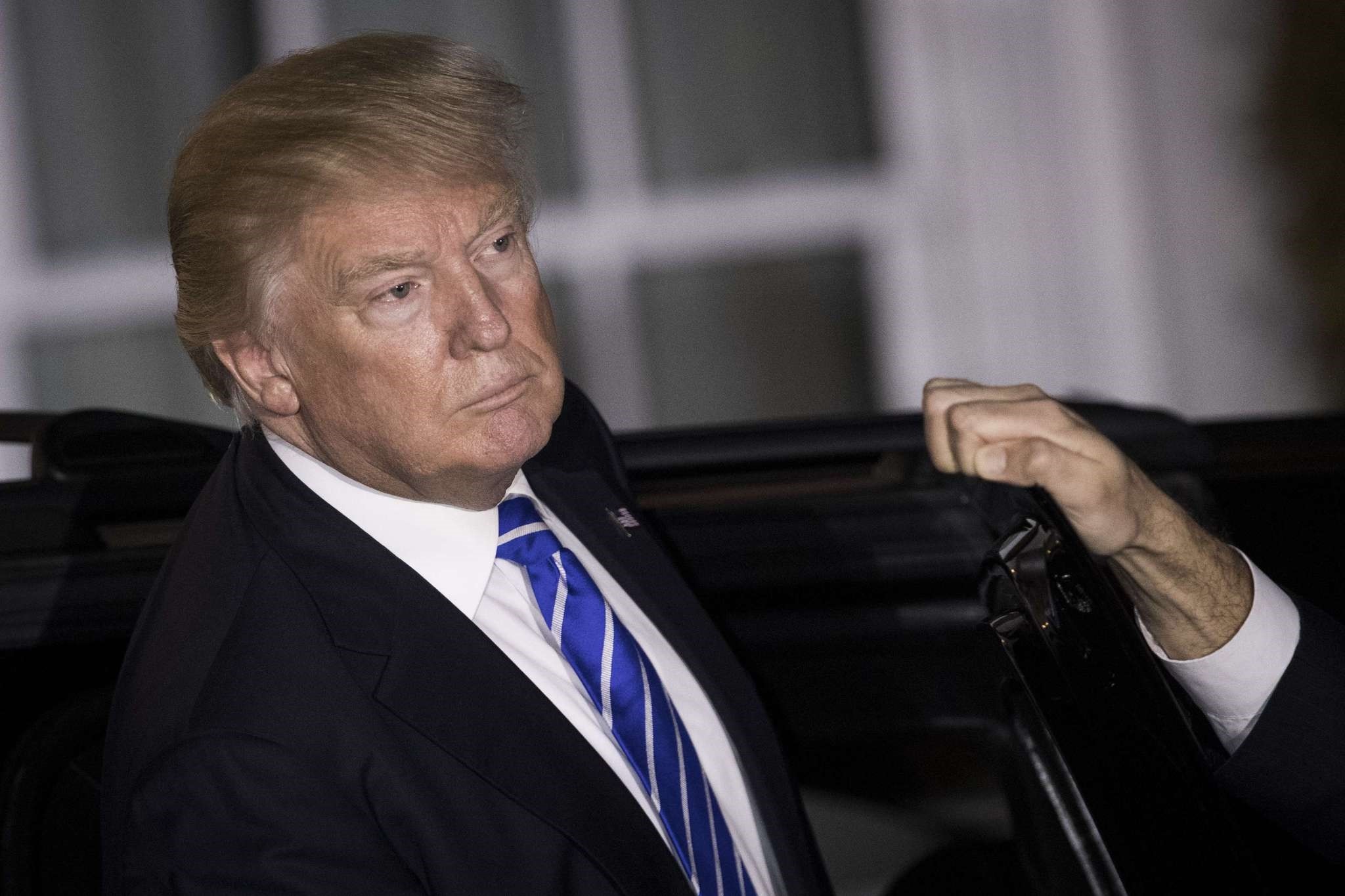 The photograph shows Trump listening to questions from the press as he gets into his car after a day of meetings at Trump International Golf Club, Nov. 19, 2016, Bedminster Township, New Jersey.
by Kılıç Buğra Kanat
Nov 21, 2016 12:00 am

If the Trump administration wants to normalize the U.S.'s relations with Turkey, it has to focus on taking steps to end the lack of 'trust' between the two countries

After the end of the election season and the election of a new president, the main debates among different states around the world is about U.S. foreign policy and their bilateral relations with the Trump administration. The public, policy makers and observers in different countries are debating the possible ramifications of his election for state-to-state ties. Among the most concerned countries are U.S. allies and partners in different parts of the world. After a long eight years with the Obama administration in which most of the allies felt abandoned due to the U.S.'s unilateral policies, there are now a lot of questions in regards to the new era. A lot of allies think that the Trump era may be different from the Obama period in terms of its relations with U.S. allies and there will be new opportunities for cooperation.

The rather early meeting between Japanese Prime Minister Shinzo Abe and Donald Trump was an expression of both the concern and the quest for different opportunities. Following the meeting Abe mentioned that his main goal was to "build trust" between the two countries and he also expressed that he is "convinced that Mr. Trump is a leader in whom I can have confidence." The short statement confirmed that the real element that is lacking between the U.S. and the U.S. allies is trust. Of course Japan is not the only U.S. ally that is concerned about the reliability of the U.S. as an ally in case of an emergency or a problem. The relationship between Turkey and the U.S. went through similar problems during the Obama administration. The arming of the People's Protection Units (YPG) fighters despite protests from Turkey and the constant attacks by the PKK in the country generated a major crisis of trust in bilateral relations. Of course the Gülen issue and the divergences in Syria further contributed to this trust problem. Now with a new administration in power, relations can have a fresh start if the conditions are met.

Of course the first issue will be a possible revision of the U.S. military assistance to the YPG in northern Syria. In Washington, many experts already expressed possible reverse effects of the arming and equipping of a terrorist group whose main body targets a U.S. ally. This group also destabilizes the ethnic relations in the region and is increasingly becoming defiant of U.S. demands on the ground. The reconsideration of the program to arm this group will play an important role in the improvement of relations between the two countries. It would be a major boost for the "trust" problem between the two countries. The stopping of this would further contribute to coalition against Daesh. The two countries necessitate a more coordinated and cooperative policy to deal with the threat of Daesh.

Another issue will be about the Gülen problem that deteriorated following the coup attempt in Turkey. Turkey's demands in regards to this issue needs to be more seriously considered by the U.S. authorities in the next administration. The Turkish public is expecting the U.S. to understand the sense of urgency and to appreciate the trauma that the Turkish people went through during the coup attempt. A high level visit to Turkey that demonstrates this empathy on the part of the U.S. may help the development of the feeling of "trust" between the two countries.Of course there will be further areas of cooperation, including Eastern Mediterranean security and energy politics and areas of potential risks, including the rise of Islamophobia that could impact already low levels of trust between the two countries. However when we look at the last couple of years of bilateral relations we see that the erosion of trust became the most detrimental development in bilateral relations. It significantly altered the mood and the chemistry between two traditional and historical U.S. allies. Because of that, steps to rebuild this trust are so important, to take advantage of opportunities and to contain further risks in bilateral relations.
Last Update: Nov 21, 2016 1:34 am