Yet another March crisis in Turkey-US relations 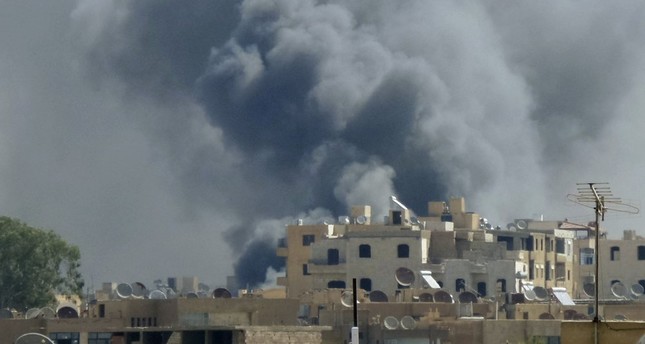 The U.S.'s choice of partner in a possible Syrian operation, whether the armed YPG group or its NATO ally, will determine the future of Turkey-U.S. relations

Fourteen years ago Turkish-American relations entered one of its most critical moments in its entire history when Parliament refused the passage of U.S. troops over Turkish soil for the U.S. war against Iraq. This occurred only a few months after the elections in Turkey, and there was immense pressure on the policymakers from the U.S. to push the resolution through Parliament, along with major pressure from the public in Turkey — which was predominantly against the war. The voting and its aftermath left deep scars in bilateral relations for years. The Turkish public was appalled by the senior-level U.S. officials who criticized the military in Turkey for not showing sufficient "leadership" with the resolution in Parliament. Then came the infamous "hood incident" where Turkish officers were rounded up by the American military, once again stirring up a major backlash throughout Turkey, and eventually becoming a staple in Turkish pop culture. Later, relations were further strained because of the deteriorating situation in Iraq. It was a critical period in bilateral relations. There were even some accusations from the top leaders in the U.S. toward Turkey because of the worsening conditions in Iraq. This unfortunate period coupled with scars from the crisis have driven in an extended era of shadowed bilateral relations.

Today 14 years after this crisis, relations have reached a critical turning point. Fourteen years ago, the two countries could not agree on an any issue related to regional politics. Today, however, a large part of the strain is related directly to Turkey's national security — a widely known fact. The military assistance and recent direct promotion of the People's Protection Units (YPG) by the U.S. has caused a serious crisis of trust in the bilateral relations. The artificial distinction that the U.S. has created between the YPG and the PKK does not help the situation. Observers of the politics in the region are aware that there is not much difference between the YPG and the PKK, and more importantly so far it does not look like that international coalition has a plan on how to handle the ambitions and goals of the YPG members following the capture of Raqqa. The verbal guarantees that have been repeated by the senior members of the U.S. administration about "warning" the YPG not to attack Turkey or not to use the weapons that they have acquired against Turkish security forces has not satisfied the concerns of Turkey — who has faced increasing intensity, sophistication and frequency of terror attacks by the PKK over recent months. There are too many risks for Turkey in the region due to the military assistance to this terrorist group. In fact, the situation is worse than the conditions of those experienced in March 2003, and recent signs from the U.S. side about the promotion of the YPG forces have deteriorated the situation.

It is clear as another anniversary rolls around that the memories of the March 2003 crisis and the "hood incident" are still fresh in the minds of the Turkish people. It took a while for American experts to understand the increasing skepticism building toward the U.S. in Turkey. Likewise, it took a long time to control this damage at the public level. The continuation of the high-level visits and summits do not immediately change the public's perceptions about the bilateral relations. Now 14 years later, we have once again arrived in March, and relations are going through possibly the hardest test so far. The YPG issue has directly impacted the daily lives of ordinary Turkish citizens due to the indiscriminate attacks of the PKK throughout Turkey over the last 18 months. Hundreds of security personnel and civilians lost their lives in this short period of time due to the terrorist attacks organized by the PKK. The support for the YPG and the lack of a visible plan on how to control or contain the trained and equipped YPG members has generated anxiety among the Turkish people. After 14 years they want to understand what the U.S. hopes to achieve, and how Turkey should recalibrate its relations with the U.S.