Is it just a battle of words between Trump and Kim? I hope it is 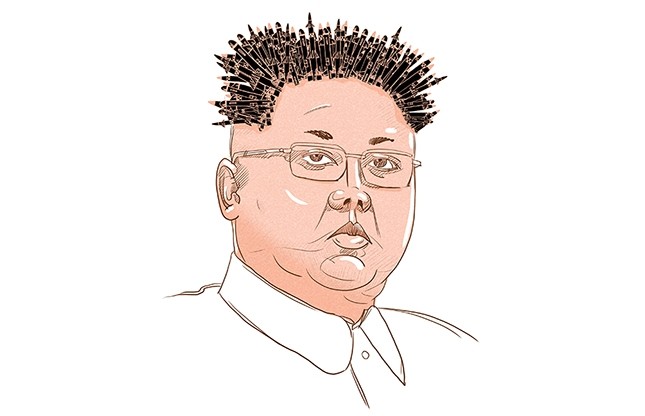 The conflict between the U.S. and North Korea has prompted some other crises in East Asia, dragging the whole region, with the involvement of other countries, into an unstoppable chaos

In the last two days, the city of San Francisco unveiled a memorial statue to remember the "comfort women" who were persecuted during World War II by the Japanese Imperial Army. It generated opposition from the Japanese community, and since the beginning of the building of these statues, the Japanese government has been trying to prevent their establishment. One of these statues even became a controversial lawsuit in the U.S. The controversy concerning this latest statue demonstrated that the dispute over the handling of historical problems between countries in Asia and various countries around the world will take a different shape but will survive.

In the meantime, U.S. Air Force B-1B Lancer bombers with fighter jets flew in international airspace east of North Korea on Saturday. According to the media reports "The flight ... was the farthest north of the demilitarized zone separating North and South Korea that any U.S. fighter jet or bomber has flown in the 21st century." Following the flight, the Pentagon made a statement indicating that the flight shows not only U.S. resolve but also the potential options for the U.S. to defeat the threat of North Korea. This took place a few days after Kim Jong-Un called U.S. foreign policy "mentally deranged behavior" and said President Trump "is unfit to hold the prerogative of supreme command of a country, and he is surely a rogue and a gangster fond of playing with fire, rather than a politician." This was a few days after President Trump, referring to Kim, said "Rocket Man is on a suicide mission for himself and for his regime" and threatened North Korea by stating, "If it is forced to defend ourselves or our allies, we will have no choice but to totally destroy North Korea.

Following that, the North Korean foreign minister said that firing its rockets at the U.S. mainland was "inevitable" in his address to the UN General Assembly.

In the meantime, China reacted to Trump's UN speech in which Trump criticized Russia and China without giving the names of the countries. He said: "We must reject threats to sovereignty from the Ukraine to the South China Sea. ... We must uphold respect for law, respect for borders and respect for culture and the peaceful engagement these allow." Trump made clear his sensitivity to the South China Sea from the beginning of his presidency. He tweeted and mentioned this issue several times previously. The China Foreign Ministry spokesman responded to President Trump's statement. He said: "For some time now, some countries have used the pretext of freedom of navigation to bring their planes and fleets near the South China Sea. ... Actually I think this is a behavior that has threatened the sovereignty of South China Sea countries."These three developments over the last few days in regards to the international relations of East Asia demonstrate the vulnerability of the region to crises and disputes. The constant escalation of rhetoric and evolution of controversial issues demonstrates high risk for stability in the region. It is concerning for many that the UN has become an arena for the escalation of rhetoric instead of the resolution of conflict.

Since the rise of China and Asian tigers in the region economically, many commentators have been calling the first century of the millennium as the Pacific Century. Even when Hillary Clinton wrote a piece indicating a major foreign policy shift in the U.S., Asia Pivot, she was indicating how the future would be in Asia. The volume of trade in the region, the rapid rise of economies of the countries and the energy and dynamism of different sectors in Asia led many people to believe that the period of Asian primacy had just arrived. In the last few years these debates primarily focused on the rise of China's economy and its potential for the future of the global economy.

Despite these discussions about the rise of Asia and reorientation of the global economy towards the East, the developments that took place in the last few days demonstrate the challenges that Asia needs to take care of before becoming the hub of the global economy and politics. As the first issue demonstrated, historical disputes between countries in the region will continue to haunt relations between East Asian countries. These disputes not only fuel nationalism in their domestic politics but may also generate serious impediments to the cooperation of Asian countries. It can destabilize already fragile relations.

The "comfort women" statues are only the last batch of crises it can generate. The second set of statements in regards to the North Korean nuclear program demonstrated the potential role of this issue to destabilize not only Asia but the whole international system. Undiplomatic statements in the last week demonstrated the level of dispute and the difficulty in resolving the problem through peaceful, diplomatic means. The rhetorical escalation of the crisis constitutes a serious threat. Finally, the last issue in the South China dispute constitutes another serious problem for the region. The intricacy of maritime delimitation disputes has already been well reported. The crisis in the South China Sea does not move countries in the region against each other, but the U.S. involvement in the dispute may further escalate it.

In fact, all three developments in the last week are related to three significant crises in East Asia, and in all of these there is no single sign of development that will pave the way for the resolution of the conflicts. While the economic volume and economic potential of East Asia continues to grow, there has been no improvement in the ability of the countries of the region to manage crises or to deal with tensions experienced between them. The public in these countries are watching the crisis closely, and there is a risk of sudden escalation that may be hard to keep in control in the absence of mechanisms or institutions or at least the intention to resolve the conflict.