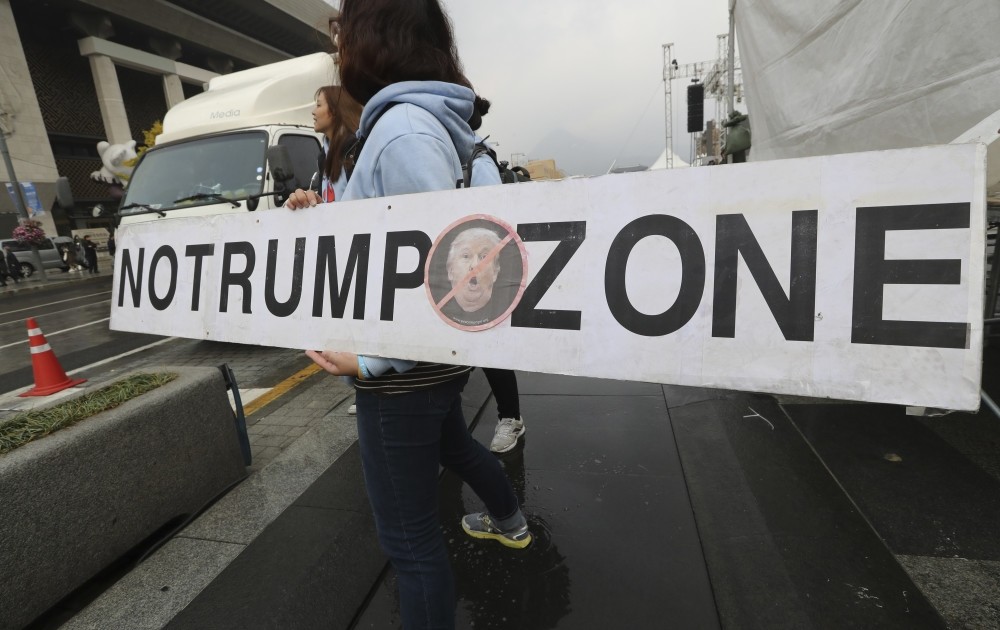 Trump's visit to five countries in Asia is a good opportunity for the U.S. to restore diplomatic ties with regional countries

It is one of those visits that can either be very critical and even historic in terms of its outcomes or be nothing of significance. There is so much uncertainty and so many loose parts that can destabilize the region. The economic powerhouse of the world is at the same time the most significant geopolitical risk area today with immense numbers of problems and challenges such as demographic imbalances, income inequality, maritime delimitation problems, increasing nationalism and nuclear proliferation. U.S. President Donald Trump is visiting this region next week. The visit will be Trump's first such visit and take place after snap elections in Japan and the Communist Party Congress in China. Trump will meet a more self-confident Japanese Prime Minister Shinzo Abe, a more powerful Chinese President Xi Jinping and skeptic Korean President Moon Jae-in.

When the administration of former President Barack Obama launched its pivot to Asia back in 2011, many had expected a fundamental policy shift in U.S. foreign policy. Most of the goals that the Obama administration had set regarding this region were not achieved during his times in office. During the 2016 presidential election, the U.S.'s Asia policy became one of the controversial issues among the candidates' limited foreign policy agenda. Then candidate Trump had hawkish opinions about the future of U.S. engagement with Asia. He was against the Trans-Pacific Partnership (TPP) initiative and was willing the countries in Asia to actively contribute to their security. His views on China were probably the most controversial given the high volume of trade and economic partnership between the two countries.

Following his election, Trump continued to surprise Asia observers with the initial steps that he took. His phone call with the Taiwanese president, his tweets about the South China Sea, his decision to withdraw the U.S. from the TPP and his appointees' attitudes on China generated major debates about the U.S. role in the region. Trump in the last few months seemed very determined to stop the nuclear ambitions of North Korea, which generated a major (rhetorical) confrontation between the U.S. and North Korea. He met with most of the leaders in Asia, and these leaders try to understand what Trump has in mind about the U.S. role in Asia.

This week, Trump will begin an 11-day visit to five countries in Asia. During this visit, he will visit China, Japan and South Korea. There will be various issues he will discuss the leaders of the Asian countries. One of the common themes during his meetings, especially for these three countries, will be the issue of North Korea. The country's nuclear tests and threats have generated serious concerns among the people in the region. However, these three countries' different approaches to North Korea will generate different debates between Trump and the three leaders.

On the one hand in Japan, Trump will have deliberations with Abe, who supported Trump's position on North Korea from the very early stages of the crisis, while in South Korea, Trump will have a more challenging time with Seoul, which was largely against any kind of military escalation in the region. As the major trading partner and donor to the North Korean regime, China will have different priorities, and the U.S.'s expectations from China will be significantly different in terms of North Korea. In these negotiations, Trump will probably gain a better idea of the regional actors' position on the crisis with North Korea. Regional feedback will significantly impact U.S. policy.

A second common topic will most probably be economic relations. Economic diplomacy has become one of the defining features of relations in Asia. Scholars now use regional interactions to explain the concept of geo-economics. Trump will have different debates in each on economic interactions. Japan did not hide its disappointment with the U.S. administration when the U.S. decided not to be part of the TPP. Since then, there have been serious talks about the possibility of a bilateral trade deal between the two countries. During this visit, the two sides will try to negotiate the details of an agreement. However, debates in China on economic relations may be much different. Most probably while in China talks will be mostly on trade disputes between the two countries. The discourse on trade wars that has been put forward by former and current Trump administration officials has been silenced in recent weeks. However, looking for fair trade with China will be on the minds of the U.S. delegation. The outcome of this visit to China and trade negotiations could be a significant defining moment for Trump's record.

In addition to economy and North Korea, there will be different debates on U.S. policy in the region during the summits. However, it needs to be understood that just like traditional allies in other regions, the U.S. needs to resolve the problem of a lack of clarity in foreign policy for the region and skepticism regarding the U.S. commitment to the security of its allies in Asia. The dispute in the South China Sea about the Spratly Islands and in the East China Sea made the U.S. a part of this tension in the region. Trump's visit could be an important beginning if the U.S. can form a comprehensive policy for Asia and if there is an interagency agreement to pursue such a policy.