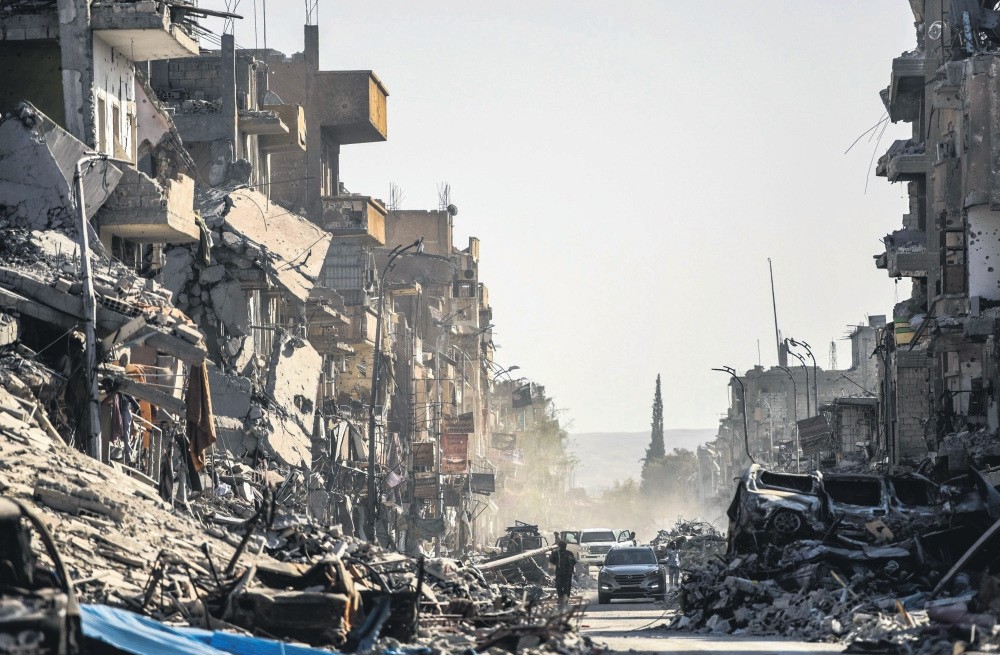 It has been a week since the most recent chemical weapons attack in Syria. On Thursday, it was reported that an investigation confirmed the presence of a chemical weapons attack on the civilians in the country. Since the spread of YouTube videos of the attack on social media, the question remains concerning the potential reaction from the international community. After the confirmation of the use of chemical weapon, it has become clear that the Syrian regime deceived both the U.S. and Russia on to the elimination of its chemical weapons. Almost five years ago, when the regime used chemical weapon on civilians in Eastern Ghouta, the Russian government brokered an agreement to rescue its ally from a potential airstrike. According to this agreement, the Syrian regime, which had previously denied having any chemical weapons, would get rid of all of its chemical weapons stockpiles under the monitoring of the international community. Since then, there have been dozens of chemical attacks in Syria. Even before the attacks in Douma, it became clear that the regime cheated again and kept its chemical weapons and started to attack civilians. Although in its original form, this agreement green lighted the regime to use conventional weapons to continue to kill civilians, at the same time it was revealed the regime also continue to use chemical weapons. In dozens of instances, despite seeing the regime's use of these weapons, the two countries that brokered the agreement in 2013 failed to take any measure. Seeing this increasing inaction and lack of any sanction, the regime made these attacks a routine part in its offensive. With the flow of videos and pictures from the Douma attack and with the increasing tension in Syria, the U.S. decided to take some steps about this brazen violation of international norms – or U.S. President Donald Trump just made us to feel that way. His tweets calling Assad an animal were for many a signal of an imminent attack.

In fact, although Trump never used the words red line and mostly criticized former President Barack Obama's statement about it, by attacking a Syrian base in April 2017 following a chemical attack, he drew that line with action. After the attack in Douma, Trump started openly signaling an attack by warning Russia about the U.S. intention and by continuing to criticize the regime. At the same time, however, media started to reveal debates within the administration about potential airstrikes. If what is written in reports in the last few days is true, the U.S. administration together with France and Britain will launch airstrikes on a number of airfields and chemical weapons production facilities. It would be a limited attack, and since the regime already prepared itself for such an attack, it would do minimum damage to the capability of the regime to use conventional weapons to kill civilians. Nobody is expecting such an attack to contribute to the solution of the problems in Syria at this point. It is not clear if strikes would only be punitive or would also try to eradicate chemical weapons in Syria for good.

In the last few days, the rhetorical confrontation between the U.S. and Russia is distracting attention from the situation of the Syrian people to something totally different. At this critical time it might a good idea for the U.S. administration to once again try to think about a Syria policy. Since the emergence of Daesh, the main focus of the administration has been to eradicate Daesh control in Syria. However, this limited perspective generated a huge humanitarian disaster in Syria and left the Syrian regime free to inflict atrocities in Syria. While the fight against Daesh is winding down and while Trump is willing to withdraw all U.S. forces from Syria, this chemical weapons attack and its aftermath should demonstrate that what happens in Syria does not stay in Syria, and in terms of its risks and ramifications, it can destabilize the region and generate crises in the international system. All three countries that try to coordinate their policies – the U.K., U.S. and France – need to work together not only on airstrikes, but also to find a long-term solution to this problem with the major actors in Syria. Ankara has been expressing its concerns for the last one week on the regime's use of chemical weapons and the short-term solutions that turned out to be only band aids for the major wound in the region that has since been inflamed and infected by terrorist organizations. This crisis can be used as an opportunity to take Ankara's warning seriously and start working to find a solution to the war.