Kim Jong Un: A dictator or a savior? 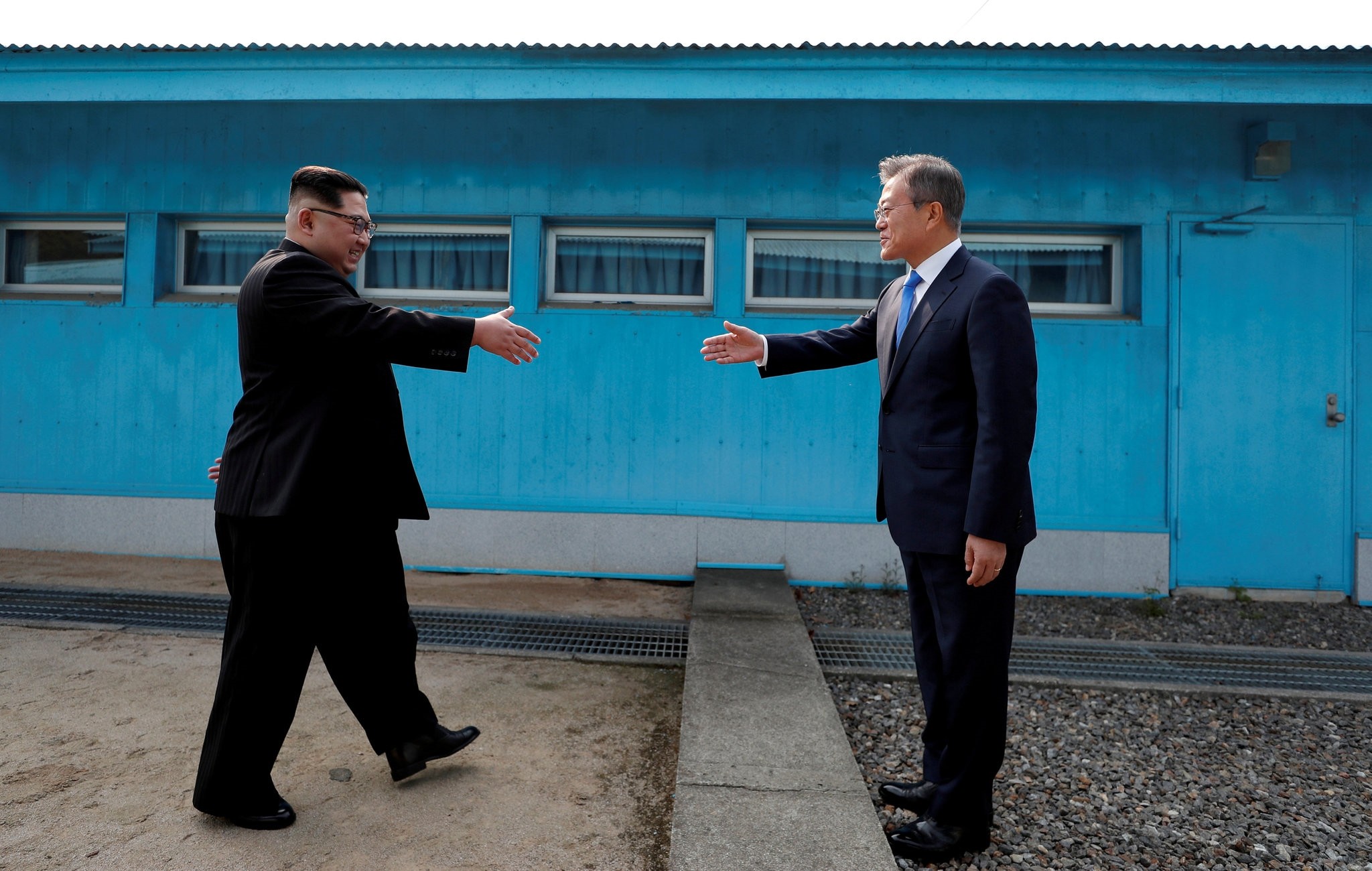 If everything goes well during the negotiations, not only will the politics and security of the Korean peninsula change, but also the whole geopolitics of the Asia-Pacific region

North Korea has always been hard to understand for outsiders. The lack of information about the life, society, economics and politics of North Korea make it an ideal topic for the producers of documentaries and fictional accounts of this state. While producers tried to discover the "real life" in this country through documentaries, such as "Children of the Secret State," "Kimjongilia," "Songs from the North," "The Propaganda Game" and "Camp 14: Total Control Zone," movies depict Kim in comedies as scary, bizarre and funny characters. "Team America: World Police's" depiction of Kim Jong Il became one of the most famous depictions of dictators in popular culture, whereas the interview generated a harsh reaction from Pyongyang, which led to a cyber assault on the production company by Kim's regime. So many things about the country have been unknown. Other than the news on the famine, the power grab of Kim Jong-un following his father's death and the nuclear and missile tests, not much that was happening in the country leaked to the international press.

It is hard not to be surprised by the recent developments in the Korean peninsula. A few months earlier, President Trump publicly criticized his then Secretary of State Tillerson for looking for a diplomatic solution to the conflict and threatened to use military force against the regime in Pyongyang, while Kim Jong Un continuously threatened to destroy the enemies of the North Korean regime and with its constant nuclear and missile tests intimidated its neighbors South Korea and Japan. Although people like Secretary of Defense Mattis indicated the lack of any military solution to the conflict, many debated the potential outcomes of the escalation. Kim and Trump communicated by saying that "all options are on the table" and the "nuclear button" is on the desk at all times.

While Tillerson gave the first indications of a back channel and while South Korean President Moon was known to be someone more inclined to resolve the problem through negotiations, both President Trump and Kim's rhetoric made it hard to predict such a rapid rapprochement between North and South. Moon's national security advisor's announcement at the White House in regards to a meeting between Trump and Kim was the first step towards this process. However, again, even last week, President Trump in a rally stated that if they are unable to agree in certain areas he would walk out of the negotiations. In the meantime, Kim announced the end of the nuclear and missiles tests by stating that the country is already fully capable in the nuclear field.

In the last few days, the meeting between Kim and Moon at the Demilitarized Zone (DMZ) shocked most of the observers of politics in the peninsula. During the meetings, Kim and Moon demonstrated all the potential symbolic gestures, including handshakes, hugs, planting trees and private conversations. Kim announced that they will shut down their nuclear facilities and will not make Moon wake up by nuclear and missile tests. The leaders stated their willingness to negotiate a peace treaty that will end the conflict in the island. President Trump also expressed cautious optimism in regards to the meeting.

There are already many analyses in regards to the underlying causes that changed the trajectory of the dispute in the island. The biting economic sanctions against North Korea and the diplomatic initiatives of the Moon administration, which has been facing the economic consequences and geopolitical pressures of the conflict together with the Trump administration's threats all played some roles in this outcome. However, at this point, it is not clear what will be the terms of the negotiations between the parties. There seems to be goodwill on both sides and, at least in terms of discourse, a determination to end the disputes. But there is no timeline or road map to achieve these goals. The economic incentives of the south will play a catalyzing role in the negotiations though there may be some other demands of the North. The regime security of Pyongyang is extremely important for Kim and any step or any outcome of this process that generates a threat for the regime may end the negotiations.

Of course, the reactions of other actors to these negotiations will play an important role. The U.S. will continue to be a real game changer in this period. The status of the U.S. military on the peninsula will become a critical issue in these negotiations. The U.S. will ask for tough inspections to the nuclear facilities, which might turn out to be model for a new Iranian deal proposal in the coming months. In the meantime, although China seemed to be left out of the loop during these negotiations, due to its geographical proximity and its relations with North Korea, Beijing's reactions to these meetings will be an important factor that will determine the outcome.

In fact, if everything goes well during these negotiations, not only the politics and security in the Korean peninsula will change, but also the whole geopolitics of the Asia-Pacific region. Every major actor in the region will be watching the negotiations closely. And who knows, may be the caricatured dictator of the North Korean regime will be pronounced as a reformer and visionary leader in the Western media.