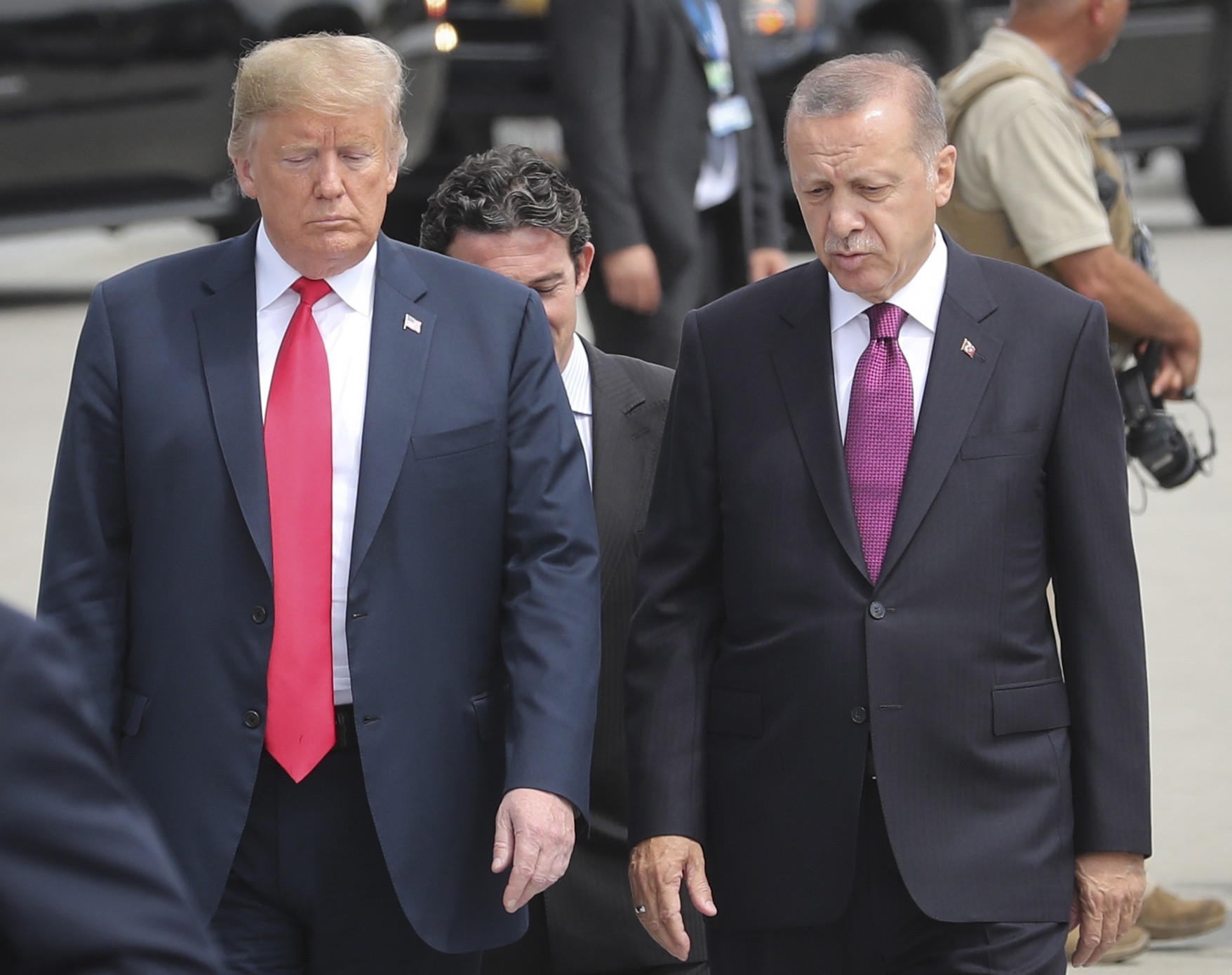 The Turkish-U.S. partnership can get back on track on the condition that foreign policy makers in Washington stop following destructive policies against Ankara

The past week in Turkish-American relations was probably the worst period since the 1974 Cyprus crisis and the arms embargo. For the first time in decades of relations, the U.S. put sanctions on two Turkish ministers and then in a very sensitive period for the Turkish economy put additional tariffs on Turkish steel and aluminum. Even for those who have never lost their hopes about the future of Turkish-U.S. relations today, it is really hard to think positively. The U.S. decisions not only hurt state-to-state relations and damaged already tarnished mutual trust between the two countries but also generated a major reaction among the Turkish public, who are already frustrated by U.S. policies on the PKK-linked People's Protection Units (YPG) and the Gülenist Terror Group (FETÖ) in the last several years.

Now there are so many questions about the future of relations, and if there will be any resolution of the current state of affairs. First, it is critical for the U.S. to understand that it has now become a pattern for the administration to damage bilateral relations with allies. Turkey has become the latest target of this destructive attitude. Concern among U.S. allies about the U.S.' controversial commitments is about to reach a new point. From now on, U.S. allies will not only be concerned whether the U.S. will fulfill its commitments but also if it will damage the interests of its allies.

This is a critical point for U.S. foreign policy. It is not clear if the U.S. is trying to teach the world a lesson through these sanctions, but the message taken by its allies is not a very positive one. Thus, the U.S. should take this critical juncture seriously and change the pattern of behavior toward its allies. The U.S. needs to understand that changing this type of behavior is important to protect its own core national interests as well. The last time the U.S. threatened its allies it isolated itself in the international community.

Second, the U.S. needs to recognize that what happens in state-to-state relations generates huge repercussions at the public level. The strategic partnership necessitates the support of the public and effective people-to-people relations. As foreign policy makers in a country in which public diplomacy is studied, debated and practiced extensively, members of the U.S. administration need to understand the significance of public opinion in Turkey. It sounds like a cliché, but the reality is that Turkey is not the Turkey it used to be and neither are the Turkish people. They are attentive to foreign policy more than ever.

They follow their country's ties with the U.S. very closely. Recent U.S. threats to the Turkish government and President Erdoğan immediately generated reaction from people across all walks of life. Not only supporters of the governing party, but also members and sympathizers of the opposition parties also demonstrated the same reaction against the U.S. Counterproductive policies and their impact can be resolved if the U.S. administration stops this destructive pattern in its relations with its allies. It is important to remember that diplomacy is present to resolve crises that seem intractable like the current one between Turkey and the U.S. Open channels of communication to prevent any form of misunderstanding in the diplomatic process are important pillars for resolution efforts.

Apparently, the bilateral relationship is passing through the most challenging bottleneck in its history. The two countries have established a working relationship in different issue areas through the years. From Afghanistan to different crises in Europe, from energy politics to the war on terrorism, the two spent a lot of effort to get rid of common challenges. However, this historical partnership was established with the idea of common threat perceptions and common areas of interest. Already fluctuating alliance systems together with the absence of a long-term strategic outlook in recent U.S. foreign policy has led to the destabilization of this alliance. Now after these steps, the U.S. administration endangered the infrastructure of the alliance and the spirit that bound these nations together. Responsible parties in the administration needs to step up at this point and take steps to resolve the crisis before it is too late.