World politics on the eve of a major transition 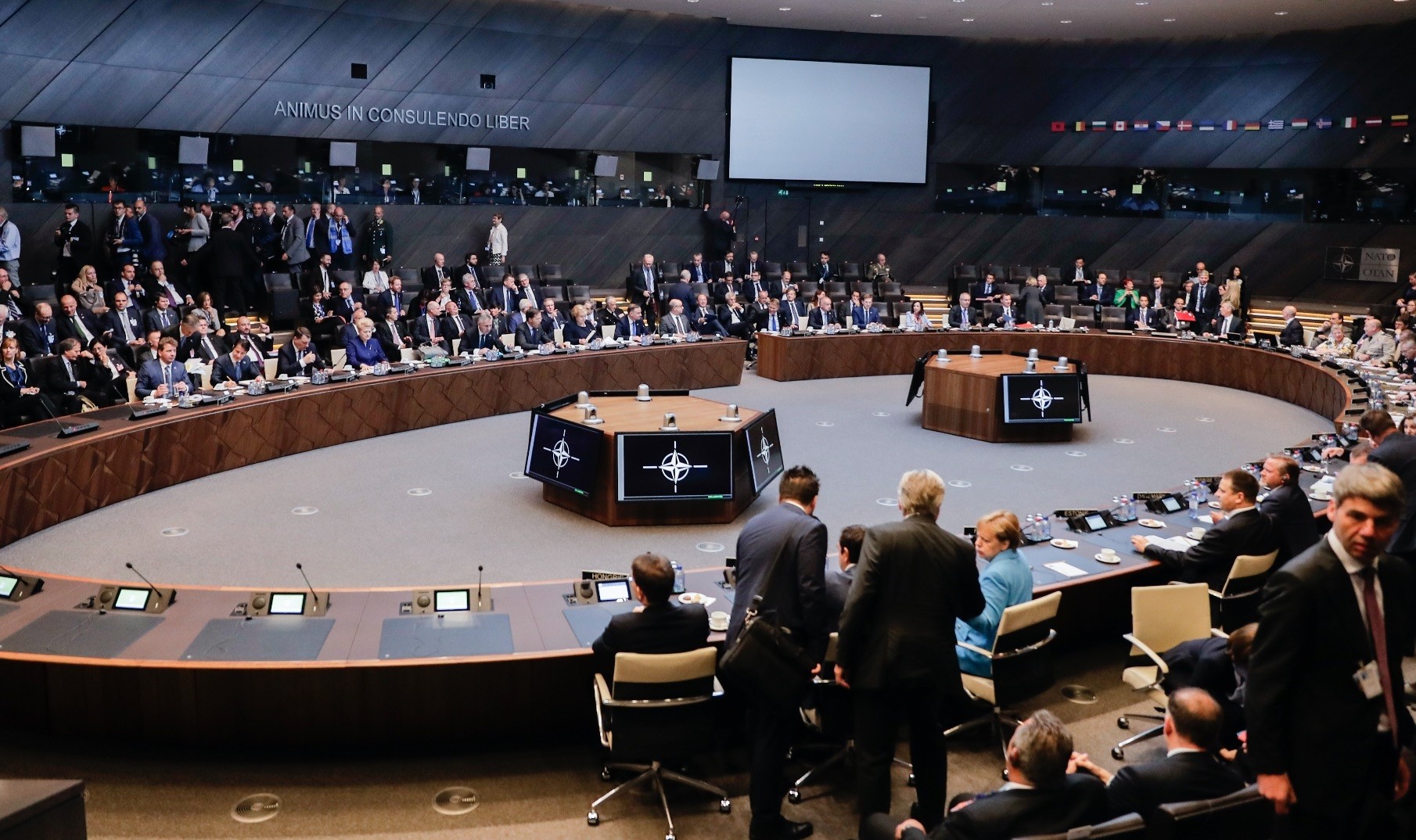 Heads of NATO member states and their delegations hold a working session during a summit at the NATO headquarters, Brussels, July 11.
by Kılıç Buğra Kanat Aug 27, 2018 12:00 am

World politics is presently going through an extensive transition process, which is directly reformulating the existing balances among global powers

Nowadays, everyone dealing with foreign policy around the world asks similar questions in regards to the future of the international system. Great power behavior that has been considered as one of the most defining characteristics of the existing international order indicates a process of unraveling of the system established following World War II. Everybody agrees that the world is entering a new transition process. The increasing number of crises and the failure to resolve tensions among nations are examples of the messiness of the transition processes. When we look at the tensions and disagreements among the major powers, we see that they are part of the ramifications of the emerging transition process. However, there is no sign of preparation by the nations for a new international system. The international community does not know what can be the possible rules, norms, standards and institutions of the coming era. Furthermore, no major power or international organization is willing to sponsor or become the architect of this new order.

Debates about the transformation of the international system are not new. Since the end of the Cold War, many have expressed the need for new institutions or rules to manage the international system. They agreed on the fact that the mechanisms and institutions of the Cold War years failed to respond to emerging world challenges and threats. Institutions such as the U.N. Security Council, whose main mission was to protect peace and security, started to become more of a problem in some conflicts than a solution. In some of the very bloody and violent conflicts, the Security Council just became the excuse for major powers not to intervene and the platform for a proxy diplomatic clash instead of stopping suffering of people or bringing peace and reconciliation to conflicts.

In recent years, however, the system has faced other challenges. The founder of the system expresses its distrust of the system it established. The unilateralism expressed in a previous column was one of these new reactions to the "old system." U.S. reactions to some U.N. institutions, its questioning of NATO and its increasing violation of liberal trade laws have become examples of this positioning, if we can call it that. Since the administration's policies against the existing liberal international system also gained support in some segments of the American public demonstrates the potential durability of this period.

The protectionist, nativist and isolationist current in public opinion in some Western nations and the skillful instrumentalization of this current by politicians may make it harder for the return of system settings after a few years. From tariffs to imports, the bashing of foreign countries used for outsourcing and not caring about the humanitarian tragedies around the world were presented as virtues of this new positioning.

The lack of an organizational spirit in the international system led countries to take advantage of the existing system until that part of the system becomes obsolete and then left it as is. In the meantime, other main centers of gravity in international politics display utter unwillingness to take global responsibilities. Russia, China and the European Union aren't making any moves to fill the voids or generate patches for the failing parts of the international system, let alone founding a new one. Together, these major powers failed to end a civil war in Syria, resolve massive refugee crises and prevent the worst atrocities, including the crisis of the Rohingya.

This brought us to a rather unstable transition process. Transitions are messy and unstable processes; however, with the current degree of unknowns it has become much more complicated. The recent crisis in the international system and the re-emergence of concepts such as trade wars demonstrate that it is time for the rest of the world to think about the future of the international order. The crisis may be a major opportunity for the rest of the world to manage the transition process and to come up with ideas and principles for a new international order.

To wait and see the major power's reaction to crises around the world and waste the valuable window of opportunity to resolve tension should not be routine for other nations. The fallout from the transition process can affect the whole world and further destabilization may bring different risks to nations. The impact of issues such as failed states, increasing arms races, and territorial conflicts on islands have started in different regions. Geo-economic rivalry together with geopolitical tension in a world with no powerful institutions and norms can bring new degrees of catastrophe to the world. The attempts of other nations in this sphere may bring some solutions to existing crises and may even motivate and mobilize major powers to act to take the lead in the emergence of this new system.