Time to reform the UN system 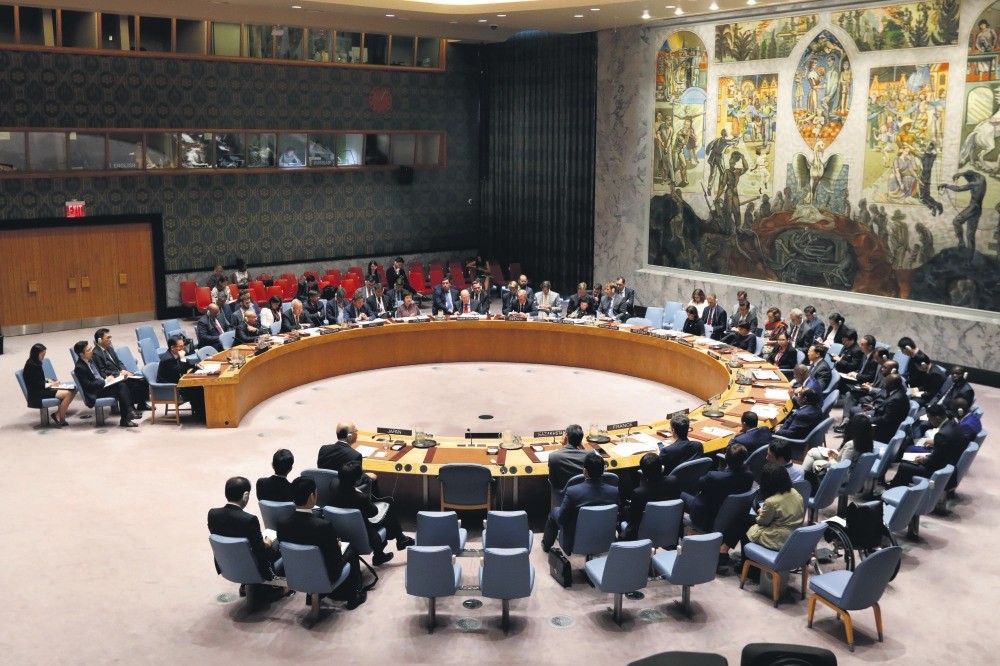 It is high time for the international community to develop problem-solving mechanisms to manage world conflicts; the first changes must begin with reforming the idle and ineffective United Nations system

This week in New York the 73rd session of the U.N. General Assembly opened with preliminary programs. Next week, leaders around the world will launch high-level debates and address the world from the assembly. For the last several decades, there have been debates about the relevance and possible reform of the U.N. and its ability to respond to critical political, security-related and humanitarian crises around the world.

Especially since the Bosnian crises, not only the policymakers but also the general public around the world have questioned the credibility and capability of the U.N. system. While the work of its autonomous agencies has been praised, the inability of the U.N. Security Council to stop the suffering and pain of people in crisis areas has been constantly criticized. Those calling for a reform want the system to be much more effective in providing peace and security around the world.

This year, the main focus of the conference is: "Making the United Nations relevant to all people: Global leadership and shared responsibilities for peaceful, equitable and sustainable societies." In a letter, the assembly president wrote: "I would appreciate that heads of states and governments comment on the continuing relevance of the United Nations system and the body of international conventions and agreements that inform public policies and impact the lives and well-being of all people. Bringing the United Nations closer to the people of the world enhances public understanding and support for multilateralism and the implementation of commitments made by the General Assembly. This is a critical and important call at this juncture of the international system, where the leaders of the great powers compete in unilateralism and where people in the crisis areas are increasingly perceiving the U.N. as irrelevant.

However, this call to comment on the relevance of the U.N. will not be "relevant" if the words of the leaders in their addresses in the U.N. General Assembly remain wishful thinking that does not turn into action. For years now, political leaders around the world have raised the issue of the increasing irrelevance of the organization; yet, in most circumstances the international community did not unite to deal with this ongoing problem. The Turkish government for the last few years has raised this issue in each and every U.N. General Assembly. Now, the presidency of the assembly has brought this issue to the top of the agenda once again.

With every major crisis around the world, the U.N.'s effectiveness is questioned further. It is important for the international community to have a road map to transfer their words into action. Most critics agree that despite its shortcomings and problems, the U.N. is still the most comprehensive and important international forum that brings leaders around the world together to discuss pressing challenges. Now in different parts of the world, we have plenty such challenges. There are ongoing civil wars, gross violations of human rights, the inequalities that have reached dramatic levels in addition to critical security challenges that need to be dealt with. Issues like environmental problems and other pressing issues that directly impact the international community as a whole are still waiting to be resolved.

There are territorial problems regarding different islands, rapid arms races in some regions and concerns about the production, use and spread of weapons of mass destruction. The international community feels the absence of effective mechanisms to resolve conflicts, credible and influential mediators to solve the disputes and innovative and creative ways to make international forums more relevant. All of these issues necessitate active cooperation among the states. The U.N. General Assembly this year needs to take these issues more seriously. Considering the crumbling liberal international order and the changing international system, those states that emphasized the significance of the U.N. and its reform should band together and raise their voices by taking steps that will create a major initiative.