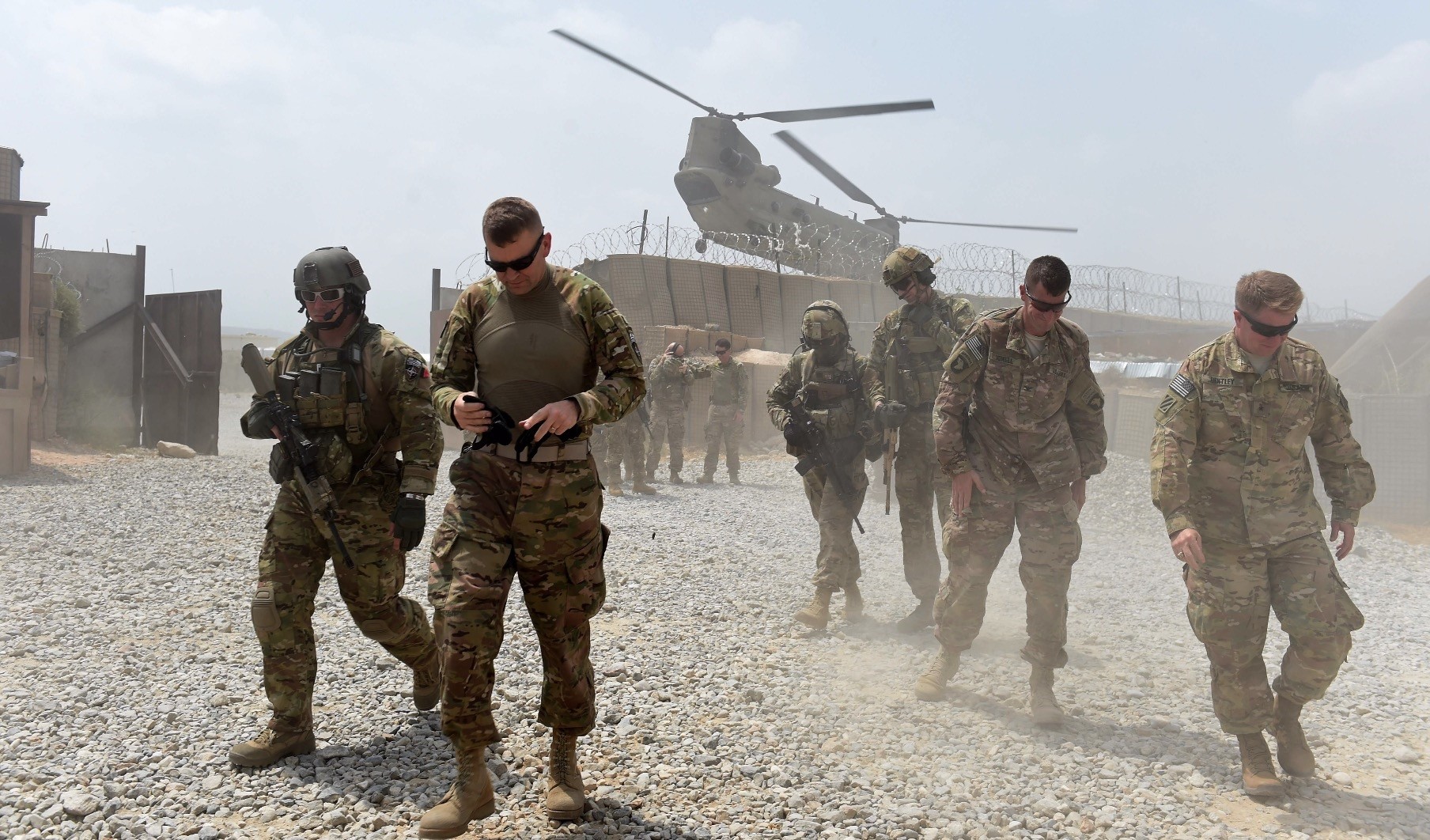 Most of the critics who strongly oppose the idea of the U.S.' withdrawal from Syria have not come up with a convincing explanation in regard to their opposition nor have they provided an alternative proposal

U.S. President Donald Trump's decision to pull all of his country's troops from northern Syria has generated a major debate in regards to Washington's policies. Trump's decision was not something totally unexpected. Both during his presidential campaign and earlier this year in a rally, President Trump mentioned his willingness to withdraw U.S. forces from Syria. Later due to the resistance from some of his officials, he decided to delay this decision.

After a conversation with President Recep Tayyip Erdoğan last week, Trump announced that this time it is happening and the U.S. is pulling out its troops from Syria. The conversation took place a few days after President Erdoğan's statement that Turkey is planning to launch a major offensive against the PKK-linked terror targets – mainly the People's Protection Units (YPG) – situated east of the Euphrates River.

The Turkish government has been making these warnings for a long time and Turkish officials have been asking its NATO ally to the take necessary steps to respond to their national security concerns. In fact, the operation is supposed to be the continuation of Turkey's attempt to clear its border areas from terror groups.

Under these circumstances and after the Turkish government's display of commitment in launching an offensive, President Trump decided to change his policy on Syria and announced that the U.S. completed its mission of defeating Daesh in Syria.

Since this announcement, there has been an outburst of social media activism by some former policy makers and analysts criticizing the decision of President Trump. Secretary of Defense James Mattis and U.S. special representative Brett McGurk also resigned in the last few days.

Most of those who strongly oppose the idea of the U.S.' withdrawal have not been able to come up with a convincing explanation in regards to their opposition or provide an alternative proposal about the U.S.' role in Syria.The analogy with Iraq was one of the most frequently used ones. Since the premature withdrawal from Iraq was considered as one of the causes of the rise of Daesh in Iraq, some have suggested the same type of a scenario is in store for Syria as well.

However, it is not clear if we can compare the massive U.S. presence in Iraq following the invasion with roughly 2,000 troops in Syria. Furthermore, the dependence on the YPG in the operations in northern Syria is different than the counter insurgency policies followed by the U.S. during the Iraq War.

It is true that there should be an assertive stabilization campaign in the country; however this stabilization can only be achieved by the support of the nation states along the borders of Syria. Furthermore, despite the continuation of the operations against Daesh in some parts of the Syrian territories, there was a lack of a policy or a strategy in regards to the future of Syria.

Most of the policy proposals that were presented as a strategy in Syria so far remained as goals or objectives of the U.S. administration without a strategic framework on how to reach those goals. The administration officials repeatedly asserted that the U.S. has three major goals in Syria. These were the enduring defeat of Daesh, to stop the regional influence of Iran and the political solution to the problem in Syria.

However, there were no clear cut roadmaps on how to achieve these goals. Nobody for instance put forward the details of how to stop the regional influence of Iran in the Middle East. Thus there was no strategic framework in handling the Syria crisis. Those who oppose President Trump's decision still haven't provided any alternative strategic approach. It is especially interesting to see the criticism from Obama administration officials, who had failed to bring any solution for the problem for more than five years.

In addition to this, some of the observers and analysts criticize Trump's decision since it will be considered as an "abandoning of the YPG." Accordingly, this would hurt the credibility of the U.S. Indeed, the U.S.' credibility suffered most when the administration decided to arm a group, the YPG, that is recognized as a terrorist organization by its ally in order to defeat Daesh. The total insensitivity to the national security concerns of Turkey, a NATO ally, generated the most significant crisis in bilateral relations.

Following the announcement of the road map and timeline of the U.S. withdrawal, there will be more definitive debates on the future of the region and Turkish-American relations. Thus we should expect more high-level dialogue and interaction from both sides in the coming days. The only thing for sure at this point is that Turkey's commitment to clean the areas around its border from terrorist threats will continue.