The age of Johnny English in the real world 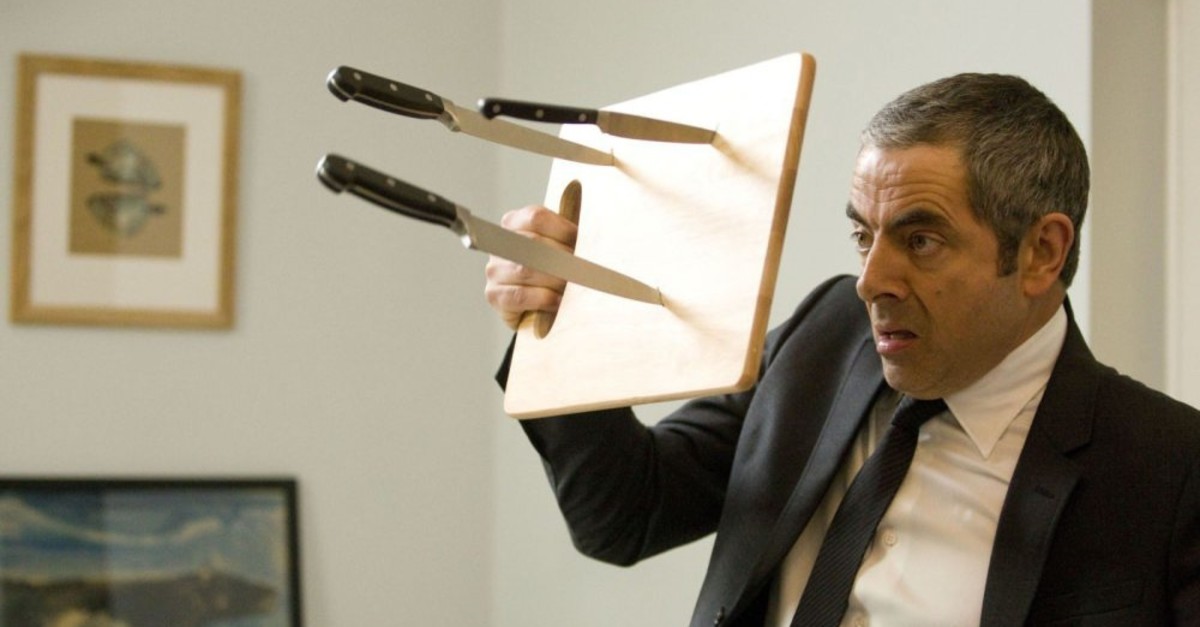 Spies in Western movies are always overconfident, representing Western power. However, in the case of Johnny English, a man of errors who is always saved by his friends, it is the opposite and more closely resembles the Western world as we know it

Spy movies concerning highly skilled spies and their adventures in enemy lands were one of the most defining characteristics of popular culture in the Cold War years. The characteristics of the Cold War made this necessary as the two superpowers, the Soviet Union and the U.S., engaged in an ideological battle even while developing their nuclear arsenals. Without a doubt, James Bond became the most iconic spy character of these years. His good looks, charm, sophistication and dedication to "Her Majesty's service" resonated across regions during the Cold War. In the relentless and ruthless ideological propaganda war between the two blocs, for the Western world James Bond represented classiness, elegance, cleverness and the superiority of the Western world against the Soviet Bloc, and thus to the rest of the world.

The high-tech equipment that his service provided him and the outreach of American and British service officers in different parts of the world were important sources of power for the Western Bloc. Bond in each and every movie exhibited the technological and military edge of the Western world. That's not his only advantage. In the meantime, probably for the producers of these numerous James Bond movies, Bond represented the attractiveness, allure and charisma of the Western world. He was good looking, well dressed and amiable toward others. Women adored him and those who witnessed his skills were stunned by his courage.

He was the most reliable in terms of his dedication and commitment. The British service trusted him the most, and his partners on the ground always knew that he would arrive to help and rescue them from danger. The world that he was living in was a dangerous one. It was anarchy in the sense of realist international relations theory. The only difference was that unlike the existing structure in the real world, countries had a 911 emergency line to call when they needed help. Bond was actually a policeman of the world, with a long reach. The victories of James Bond – sometimes alone and sometimes with the help of his recruited informants and in some instances with the support of unrefined and rough-edged U.S. allies – also symbolized the potential persistence of this supremacy.

James Bond movies continued after the end of the Cold War. There were other dangers and threats in the world, and there was always a need for a hero that looks more human and less of a superman. However, there is another character besides James Bond. It is Johnny English, another spy in Her Majesty's service. In every episode something happens to the "double O" spies. Either their identities are revealed or they vanish for some other reason. Only Johnny English can replace them. The world is equally dangerous in the era of Johnny English. There are unconventional threats, such as cyberattacks, and the world still needs a global policeman in the presence of anarchy. But this time, instead of the sleek James Bond we have the amazingly clumsy and inelegant Johnny English. In his movies, Johnny achieves his goal by unintended and accidental incidents. It is almost a comedy of errors, and he is certainly a superhero by accident. Johnny English is extremely self-confident and well-intentioned, but he fails to see his weaknesses and ineptitude. His skills are mostly outdated, and his extreme confidence in his instincts causes him to make dangerous mistakes.

A mirror of Western overconfidence

Just like James Bond, Johnny English also has partners. But unlike Bond, who recognizes but underemphasizes the contribution of his partners, Johnny is not aware of the extent of the contributions and support of his partners. And unlike Bond, his partners in some instances are actually more skilled, agile and successful. In most instances he is outwitted and outmaneuvered by his enemies, and it is only through the support of his partners that he can accomplish his mission. Johnny hurts his partners without realizing, and he does not understand the harm he inflicts on them. Johnny English is also not as smart as James Bond. Sometimes he is greatly deceived by others so it becomes really hard for him to recognize his mistakes. Without a doubt, it is a comedy, but it sometimes becomes reminiscent of the emergence of a new type of superhero in a sometimes more dangerous world.

His accidental achievements are not sustainable, and viewers hold their breath not because of excitement but as a result of the anxiety that his clumsiness generates. In the meantime, no alternative can replace him; in the absence of any alternative, the viewer can only hope for the common sense and support of his partners. In fact, as stated in the movie: "He knows no fear. He knows no danger. He knows nothing." The only hope is the potential for him to learn his weakness and modify himself to respond to current threats in the world and recognize the value of his allies.