'Mission accomplished': US foreign policy in the Middle East 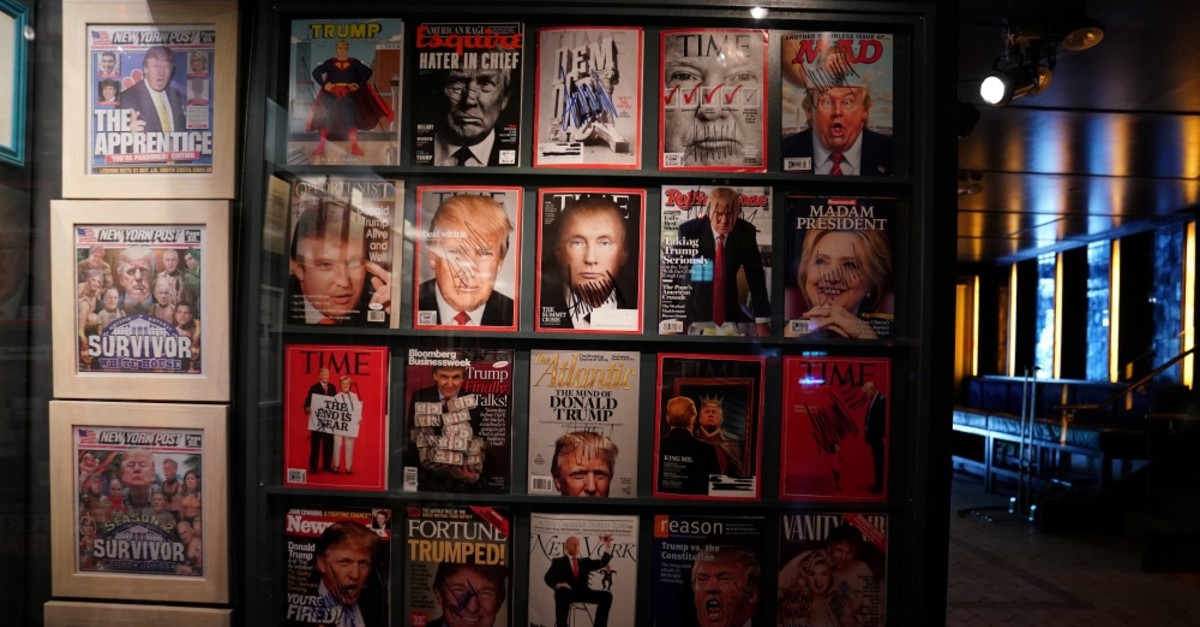 "Mission accomplished" is such a catchy phrase that every executive in every field will be happy to use it to mark their achievement. It represents the successful execution and completion of a task: A solemn and proud pronouncement of victory and triumph. It reflects self-confidence, valor and high spirit. But when it comes to U.S. foreign policy, the term "mission accomplished" is identified with reckless and premature proclamations of incomplete tasks. Sixteen years ago on May 1, 2003, the then-president of the United States, George W. Bush, made a speech on a U.S. aircraft carrier. It was a victory speech that was interpreted as a sign of the end of the war in Iraq. Speaking only two months after the beginning of the highly controversial and internationally divisive war in Iraq, George W. Bush said: "Major combat operations in Iraq have ended."

In the battle of Iraq, the United States and our allies have prevailed." Although President Bush and his team knew that the war might be longer than they had anticipated after the break of social order in major cities in Iraq. However, the banner in the background of the platform that he delivered his speech on gave a different message to the American public. It was a critical moment for the Bush presidency: A moment that haunted his presidency for the next five years. The war in Iraq went awry in the days following his "mission accomplished" speech. The U.S. invasion led to a civil war, the emergence of an almost failed state and the prolongation of U.S. operations on the ground. Public support for U.S. operations declined rapidly, the pictures from Abu Gharib created a major dent in the U.S. image and the fact that there were no weapons of mass destruction (WMDs) in Iraq significantly damaged U.S. credibility in foreign affairs. The jubilant "mission accomplished" moment became "mea culpa" moments for the architects of the war. Almost all of those who participated in the decision-making wrote their memoirs or gave interviews and nobody really accepted the grave error in making the decision to go to war in Iraq and in implementing this decision on the ground. President Bush later expressed regret about this moment of his presidency.

Since then other presidents also had their "mission accomplished" moments that proved to be either premature or wrong in the Middle East. President Obama's speech on the withdrawal of U.S. troops from Iraq was another one of those points in U.S. foreign policy. On October 21, 2011, President Obama announced that U.S. troops would come back to the U.S. by the end of the year. He said, "After nearly nine years, America's war in Iraq will be over." The announcement of withdrawal was for many experts a critical mistake. President Bush and his administration were criticized going to war in Iraq without an exit strategy. Now President Obama was announcing an exit from Iraq without a strategy. Soon after the withdrawal, we saw the rise of terror groups in Iraq, which necessitated another major U.S. operation in the region. Later during the war in Syria, we witnessed another "mission accomplished" moment of President Obama. Following his "red line" statement when the Syrian regime used chemical weapons against its citizens, everyone was expecting a response from the president. The president not only changed his mind about military operations in Syria but later he also reached a deal to eliminate chemical weapons from Syria. Almost a year after this agreement, on August 18, 2014, President Obama announced, "Today we mark an important achievement in our ongoing effort to counter the spread of weapons of mass destruction by eliminating Syria's declared chemical weapons stockpile." It was later seen that the regime did not eliminate all of those chemical weapons.

Now with President Trump, many in the world are asking how his "mission accomplished" moments will end up. Following chemical weapon attacks by the Syrian regime, in 2018 President Trump launched an airstrike against some select regime targets. Considering years of inaction by the Obama administration, it was considered a major step by analysts. In the aftermath of the attack, President Trump tweeted on April 14, 2018: "A perfectly executed strike last night. Thank you to France and the United Kingdom for their wisdom and the power of their fine military. Could not have had a better result. Mission Accomplished!" Upon receiving a lot of criticism and friendly warning about the use of the term, he doubled down the next morning by stating that the term needs to be used more often: "The Syrian raid was so perfectly carried out, with such precision, that the only way the Fake News Media could demean was by my use of the term 'Mission Accomplished.' I knew they would seize on this but felt it is such a great Military term, it should be brought back. Use often!"

For many, the real problem in Syria was not resolved, and this attack was a onetime shot that did not significantly changed the equation on the ground. Later in January 2019, President Trump this time around had another "mission accomplished" moment in regards to the defeat of Daesh. Since then, everybody is expecting to see the outcomes of these mission statements. The attacks in Sri Lanka that Daesh claimed responsibility for might indicate the need for more international efforts to deal with international terrorism. Now some are debating whether that mission accomplished statement about Daesh was a mistake or not.

In all of these cases, we have seen that the mission in U.S. foreign policy is neither sufficiently thought out nor well-strategized. It is not entirely clear what has been accomplished and what are the next steps that need to be taken. "Mission accomplished" can be an attractive phrase to signal the completion of one-time tasks. However, the world is more complicated than this. Especially in regions like the Middle East, with so many dormant tensions, active rivalries and potential spillovers, the U.S. needs to clarify its foreign policy goals and objectives to counter potential risks and fallout from its actions or inactions. Its policy toward Iran, Israel, Turkey and the Gulf countries in recent years gives the impression that U.S. foreign policy instead of searching for a strategy with a long-term perspective, is in search of one-shot mission accomplishments that its leaders can create legitimacy around. However, this does not seem to be the most beneficial thing for the career of a president. The "accomplished missions" haunted the presidencies of Bush and Obama in the last decade, and it still needs to be seen in the case of President Trump.