The formula for strong Turkey-US relations 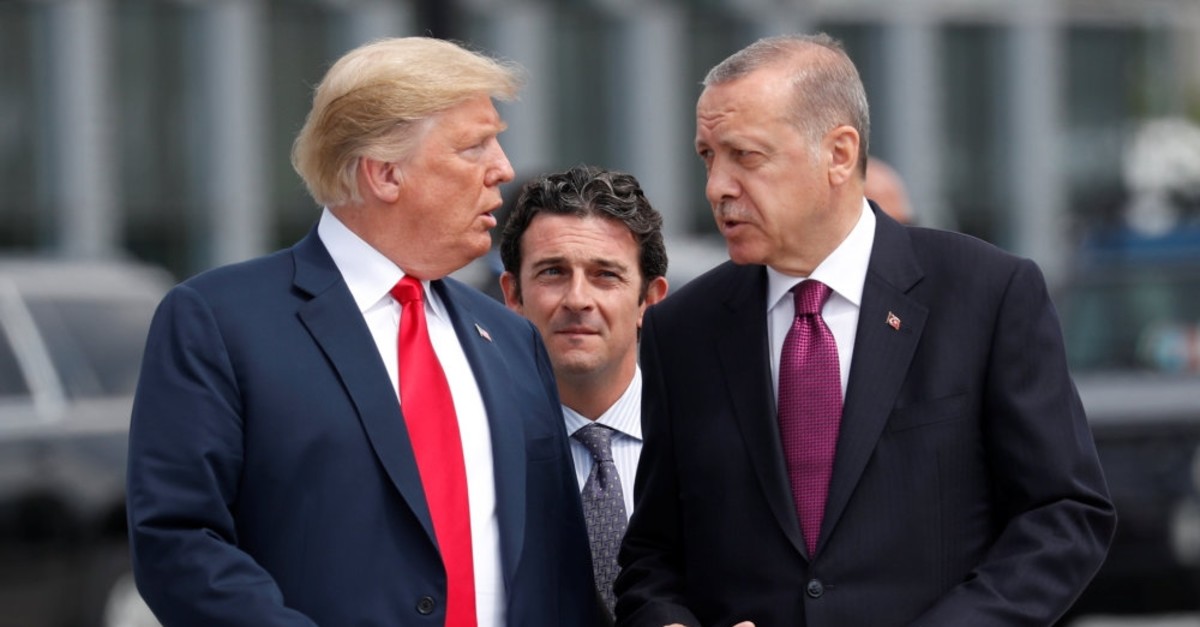 Successful communication between Erdoğan and Trump has become the linchpin of relations between the allies. High-level diplomacy during the forthcoming G20 Summit offers hope for resolving the S-400 and F-35 issues

Nowadays, it has become commonplace among foreign policy scholars to debate the future of Turkish-American relations. Due to the presence of numerous crises in the relations these scholars, together with the contribution of an interested public, discuss potential ways and mechanisms for the two countries to resolve some of the disagreements and contain some of the divergences in their foreign policy.

The diversity of the issue areas that lead to crises in bilateral relations made it harder for these scholars to come up with an effective prescription to deal with these problems. Obviously, there should be more than one way to prevent the emergence of the crises and to contain these crises whenever they emerge and resolve them in a timely manner before they spillover to other fields and areas.

The working group idea that was proposed during the tenure of Rex Tillerson as secretary of state was one of the mechanisms to discuss and understand these crises. In some instances, such as the discussions about the Manbij road map, this working group has become an effective mechanism to handle specific crises. However, if some crises in relations reach an apex in Turkish-American relations, a presidential-level intervention becomes the only way to put the partnership between the two countries back on track.

When two leaders establish an effective working relationship it becomes easier to deal with crises that affect relations between two states. Thus, presidential visits and summit meetings between the presidents were considered a significant part of the relations. These summits are covered extensively in the media and following them we see an extensive debate among researchers and scholars about their potential outcomes.

Especially in periods of crisis, this high-level interaction between two leaders has always provided more flexibility than conventional ways of diplomacy, and in terms of conflict resolution, communication between the leaders has been generally accepted as the most effective.

The nature of this diplomacy has sometimes become critical in thwarting the negative impacts of other factors. Although many scholars and researchers of Turkish-American relations asserted that there should be a multilayered and multi-tracked foreign policy between the two countries for long-term sustainability of a working relationship, this observation did not change the critical state of presidential level foreign policy in bilateral ties.

The phone call between President Recep Tayyip Erdoğan and U.S. President Donald Trump last week, amid the crises in regards to the S-400 air defense systems and the delivery of F-35 fighter jets to Turkey, once more pointed out how essential presidential relations are between the two countries. Following the publication of the readout from the phone call, cautious optimism about the resolution of the existing crises emerged.

In particular, emphasizing a meeting between two leaders on the sidelines of the G20 summit in Osaka raised the expectation among observers about a potential resolution of another crisis. Now, following this announcement, we can expect that the Osaka meeting between the leaders of these countries will be another major critical juncture in relations. The chemistry and interaction between the two leaders in this summit will be one of the most significant determinants of the future of bilateral relations.